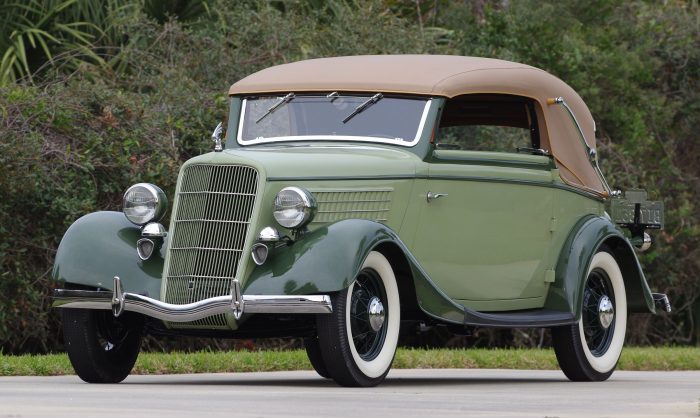 Instead of going the usual route to the Italian carrozzerias, he traveled to Cologne, Germany, and met with the Karosserie Deutsch to carry out his vision of what a ’35 Ford cabriolet should look like. And the result was a conservatively styled triumph. Edsel Ford always had an eye for fine design and distinctive upscale styling, so when he decided to re-style the 1934 Ford to his liking, in order to do it his way without his father’s interference, Edsel went to Europe to have his design created.

Edsel called the one-off Ford “Luxus,” a fitting name because it means “luxury” in German. Like all coachbuilt cars of the period, the Luxus featured a handformed body fabricated out of aluminum that was fitted over a wooden framework constructed out of solid ash. The hood is a standard 1934-spec Ford hood that had been punched with the 1935-spec dies; the grille is also a 1935 Ford part that was mounted further back and on a steeper angle. 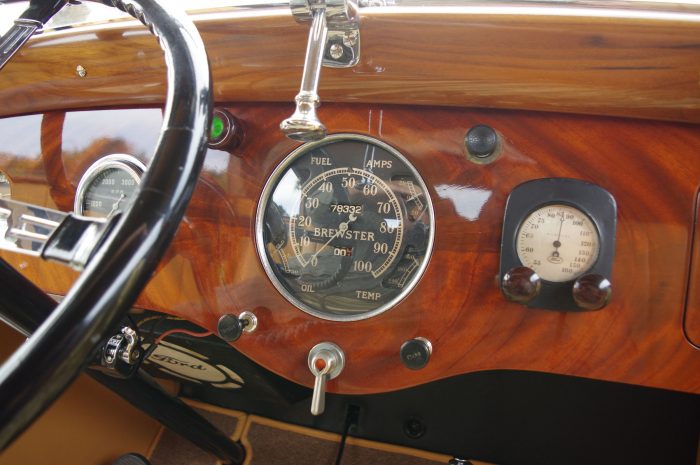 Although the coachwork was crafted in Germany, it wasn’t until the body was shipped to Detroit that it was matted to the chassis. Edsel used a 1934 production frame and had it sent, in secrecy, to the Lincoln Building where it was then attached to the chassis. Then he commissioned Jenks & Muir of Detroit to create the interior, which incorporated instruments from a Brewster and an Stewart-Warner tachometer. The small chromed hubcaps that are fitted over the black wire wheels were also taken from a Brewster. 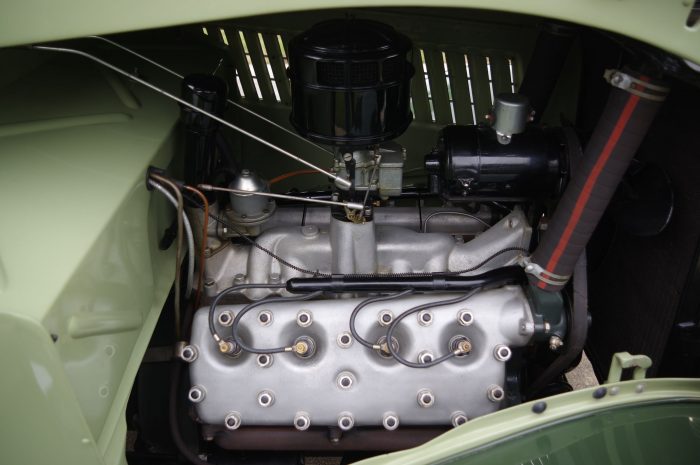 Mechanically the car is identical to a 1934 Ford, including the use of the same flathead V-8 and manual gearbox. Suspension and brakes are also standard spec 1934 Ford. 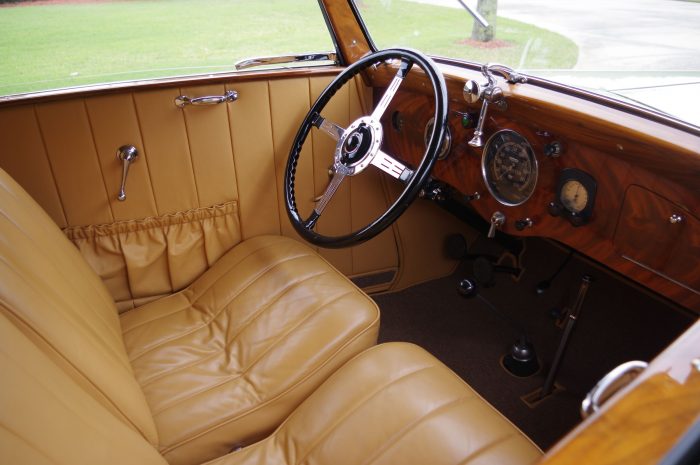 I had the good fortune to photograph this beautiful and ultra-rare Ford at the owner’s garage just south of St. Augustine, Florida, back in February. Soon a full feature on it will appear in Hemmings Classic Car, where we’ll have plenty more details to show you.