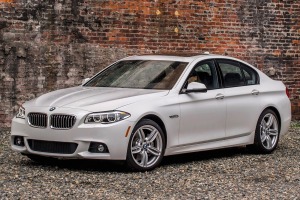 From now through September, for each test-drive taken in any BMW vehicle, BMW of North America will donate funds to support Team USA or a charity designated by a local dealership.

BMW dealerships nationwide have launched the new “Drive for a Cause” fundraising campaign, in which test-drives turn into charitable donations.

“‘Drive for a Cause’ is more than a summer sales initiative — it’s a meaningful part of what we do to support Team USA and other important local charitable endeavors,” said Trudy Hardy, vice president of marketing for BMW of North America, in a statement. “Any time you can get people behind the wheel of a BMW while simultaneously generating attention and raising money for worthy charities, it’s a win-win.”

To register, go to the “Drive for a Cause” website and sign up to test-drive any current BMW model, including the 3 Series, 5 Series and 7 Series cars, the X3 or X5 SUVs and the Z4 convertible.

Chrysler dealers also sponsor a test-drive fundraising event, called Drive for the Kids, that for more than 20 years has helped raise money for local elementary and middle schools.

Generally held in conjunction with other school fundraising or social events, Drive for the Kids nets a $10 donation for every test-drive in a variety of Chrysler vehicles, including the Chrysler 200 and Chrysler 300 sedans and the Chrysler Town & Country minivan.

Another long-running fundraiser is Ford’s Warriors in Pink program, which raises awareness and donates funds to several breast-cancer charities. One component of the program is the sale of specially branded apparel, with 100 percent of the proceeds going to fight breast cancer.

This year, Warriors in Pink is also holding a contest in which the grand-prize winner will receive a 2017 Ford Fusion. To enter, go to the Fusion giveaway site and complete the online form. More details are available at the official rules site.

The Subaru Love Promise is a wide-ranging program that for more than 20 years has supported a variety of local and national causes and charitable organizations.

Many other automakers and individual dealers have similar programs that support a host of worthy organizations and causes. Car shoppers should check with local dealerships for more information.

Edmunds says: Programs like BMW’s “Drive for a Cause” not only encourage shoppers to test-drive the latest models but also help support local and national causes.

The Naturally Aspirated Era of the Porsche 911 Is Over.
Tag BMW Dealers Chrysler 200 Subaru Love Promise