While Camaro production officially began in August 1966, a month before Chevrolet unveiled its Mustang fighter to the public, Chevrolet needed to know that production would ensue smoothly, so the division set up pilot production lines at its Norwood and Los Angeles assembly plants to build – and in some cases re-build – 52 cars, all equipped with different variations of the many options and body styles Chevrolet would offer for the Camaro.

Though it rolled down the assembly line at Norwood, Ohio without a name or nameplate and with a simple six-cylinder engine, the car then known only as N100001 was destined to play an outsized role in the rise of Chevrolet’s Camaro and the late Sixties pony car wars, and it’s that outsized role that led the Historic Vehicle Association to add N100001 to the National Historic Vehicle Register.

The first of those cars, according to Camaro pilot car researcher Corey Lawson, was a Granada Gold coupe intended to show the Camaro in a fairly base state, with just the 230-cu.in. six-cylinder, a three-on-the-tree manual transmission, pushbutton AM radio, and manual windows. The only options installed were the whitewall tires, wheel covers, and the deluxe seat belts, along with a special 110-volt interior lighting system for the car’s eventual use as a show car. After Fisher body sent over the shell from Detroit, the Norwood pilot line assembled the car on May 21 and then locked it up for a couple months. 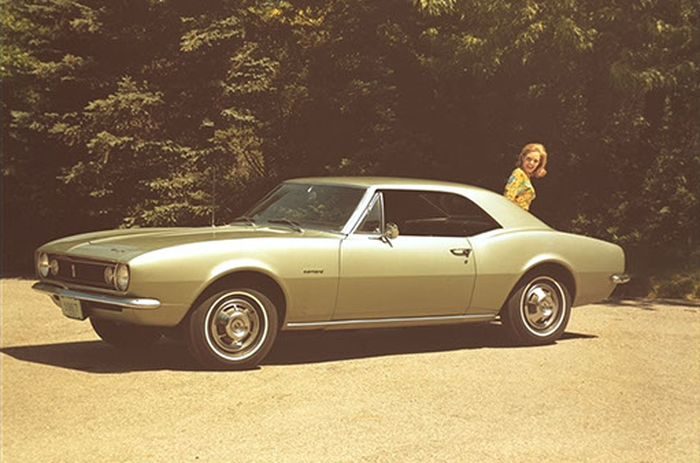 It next saw daylight in late August, as part of the “Men of Action” dealer introduction event in Detroit, from which Chevrolet sent the car to the GM Tech Center in Warren, where Jam Handy shot still photographs and video of the car for use in the press releases that would formally announce the Camaro that September.

Over the next few months, according to Lawson’s research, N100001 traveled to sales conventions in Detroit and Kansas City, but its ultimate destination would be Yukon, Oklahoma – specifically the showroom floor at R.T. Ayers High Performance Chevrolet. Ayers, who first saw the coupe at the dealer introduction event, pulled plenty of strings to get it and subsequently used the drawing power of the first-ever Camaro to lure customers into his dealership for more than two years.

One of those customers, Linda Johnston of Oklahoma City, became the Camaro’s first official owner in April 1969 after paying full price – $2,550 – for the then-three-year-old car. Over the next three decades, the Camaro remained in Oklahoma, passing through a number of owners, most of whom recognized the importance of the car’s serial number. By the 1980s it became a drag car, and then by the late 1990s it became simply another project car. 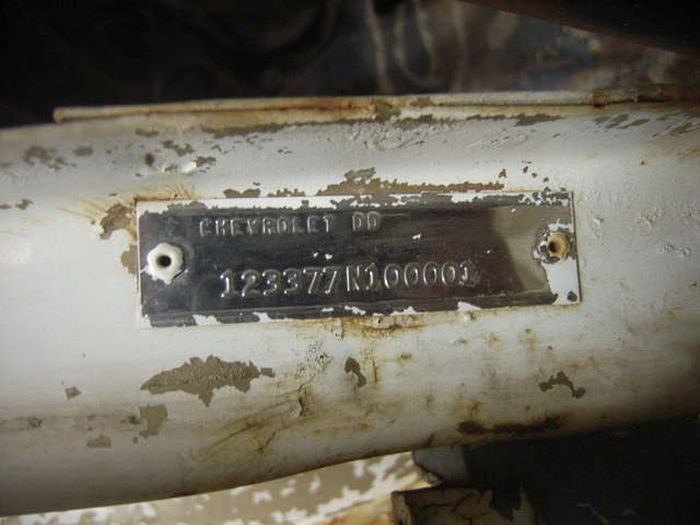 That is, until not long before Lawson bought it. His research turned up not only some of the Camaro’s original parts, which were removed when it was converted to a drag car, but also plenty of documentation on the car’s previous owners and on its build process, the latter with the assistance of “Echoes of Norwood” author Phil Borris and the GM Heritage Center.

A full restoration using only original GM parts whenever possible lasted almost two years and wrapped up in May 2014. The Camaro has since then been reunited with Norwood plant manager Herb Leitz, who oversaw the pilot cars’ production, and taken part in the introduction of the sixth-generation Camaro in Detroit.

This summer, it’ll return once again to Detroit as part of the 50th anniversary celebration of the start of Camaro production, which will coincide with the annual Woodward Dream Cruise. It will not, however, make the trek up and down Woodward itself, however; the Historic Vehicle Association has arranged to display it in the same glass cube that housed the previous two National Historic Vehicle Register inductees – President Reagan’s Jeep CJ-6 and President Taft’s White steamer – on the National Mall last month.