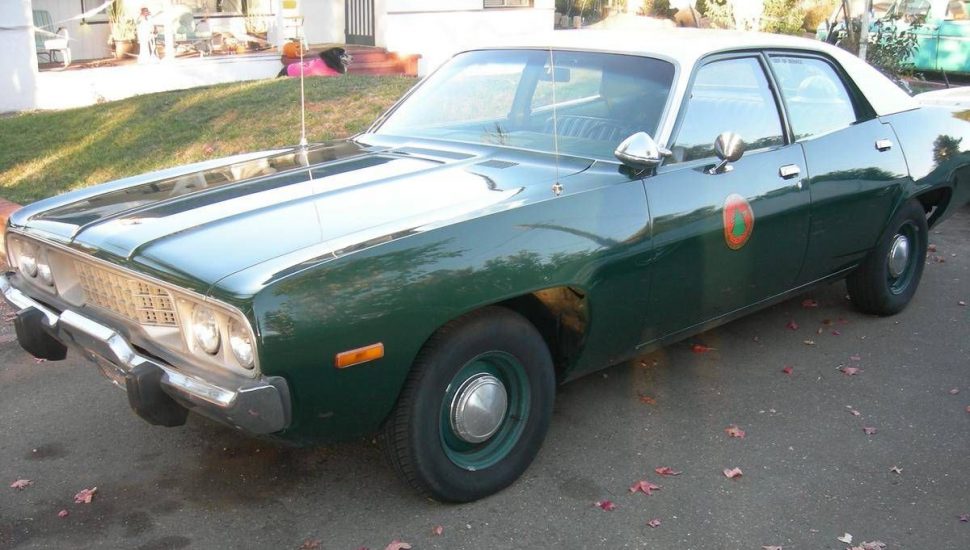 arer still are police cars belonging to other state agencies, like this 1973 Plymouth Satellite Police Pursuit Package sedan, for sale on Hemmings.com, which carries the colors of the California Department of Forestry (CDF). Described as a Captain’s car, used mainly for commuting, it isn’t likely the Satellite saw too many high-speed chases over its decade-long career; by police car standards, then, it’s led something of a pampered life.

In the early 1970s, Chrysler had a significant share of the law enforcement market, thanks to offerings like the Plymouth Fury, the Dodge Polara, the Dodge Cornet and the Plymouth Belvedere/Satellite. While preserved or restored examples aren’t exactly rare, they are uncommon, as the ravages of police work (and later, livery duty) took a toll on cars that were never viewed as collectible. RSaid to carry its original 360-cu.in. V-8 (then rated at 200hp), the Plymouth comes complete with radio and lights (requiring installation), as well as a date-correct CDF helmet and its original CDF key fob. From the seller’s description: