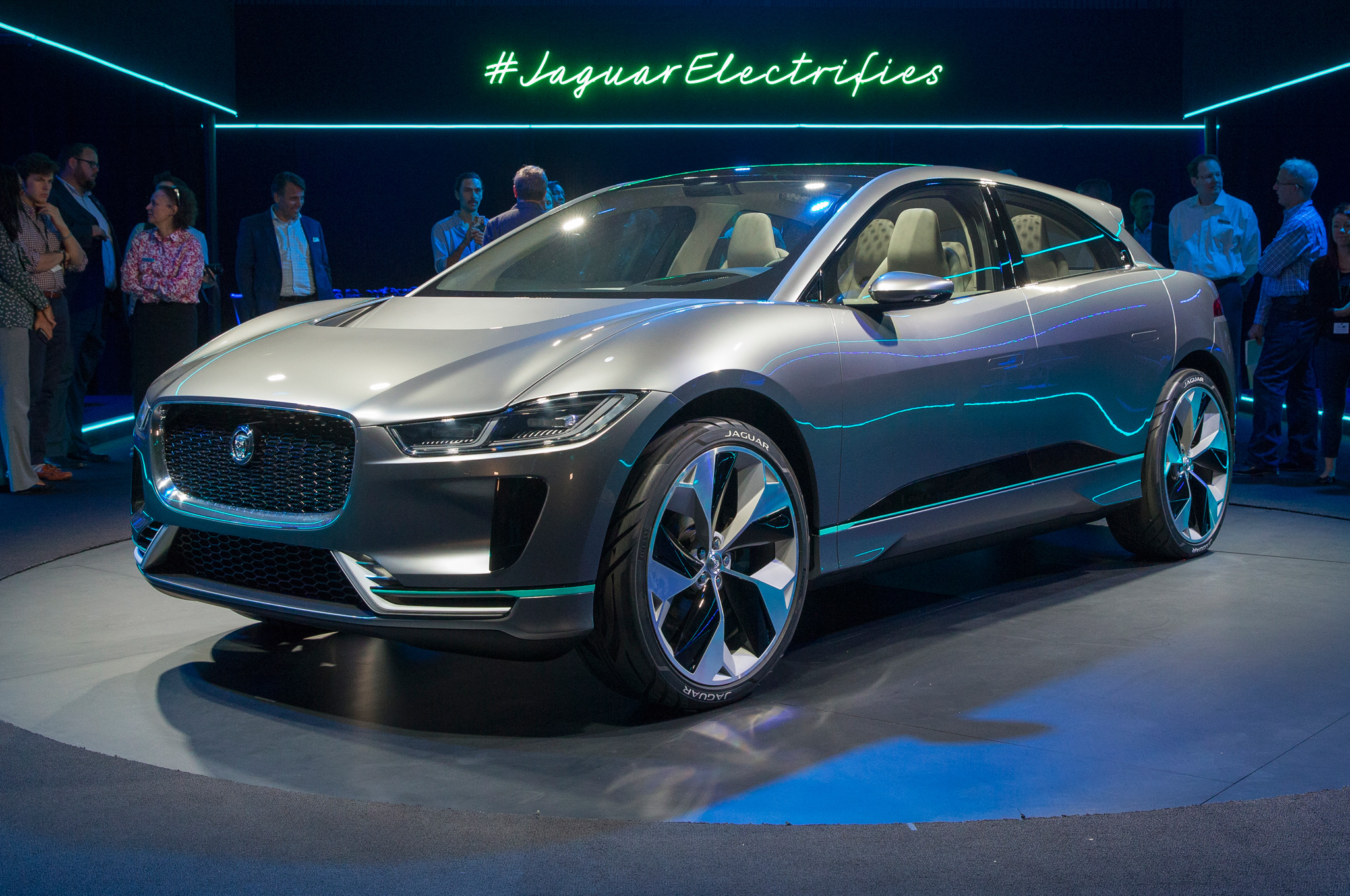 Jaguar vows to bring its first electric vehicle to market in 2018. As a preview of what this vehicle could look like, the British automaker has introduced the I-Pace concept, a performance SUV targeting a range of 220 miles once the production version is rated by the EPA.

In preparation for its first electric model, Jaguar created a new EV architecture. The fresh platform allowed Jaguar to explore a completely new design layout. Because electric cars don’t come with the same packaging restrictions as internal combustion vehicles, Jaguar opted for a cab-forward design that allows for plenty of interior space.

Compare that to its sibling, the F-Pace which has a much longer dash to axle ratio. The Jaguar I-Pace is considered a midsize SUV and is just 2 inches shorter than the F-Pace in length.

Indeed, the Jaguar I-Pace concept has little in common with its stablemates. Up front, the I-Pace features an aerodynamic hood scoop taken from the C-X75 hybrid supercar. Also look for LED headlights and 23-inch Nighthawk wheels we can’t see making it to production. The roof of the vehicle drops down sharply into a composite spoiler, a high-mounted LED stop lamp, and narrow LED taillights in the rear. A hydrophobic coating on the glass makes it so there is no need for a wiper blade in back.

Hop in the cabin, and you’ll spot a variety of materials from aluminum, Windsor leather, Alcantara, and open pore walnut veneers. Jaguar paw prints are embedded into the seams of the seats, adding a bit of flair. Controls are touchscreen focused. There is room for five people inside the cabin, and there are two luggage compartments: one in the traditional rear area and one under the hood for a total of almost 20 cubic feet of storage space. And because Jaguar chose not to create a traditional gear shift, the center console features a large storage area for phones and keys instead.

Now on to the electric bits. Two electric motors—one at the front axle and one at the rear axle—work together to produce 400 hp and 516 lb-ft of torque. The all-wheel-drive crossover makes short work of the 0-60 run in approximately 4 seconds, Jaguar estimates. The battery sits flat between the axles. With the help of a 90 kilowatt-hour lithium-ion battery pack, the EV should achieve an estimated 220 miles on the EPA cycle. And Jaguar says the SUV can regain 100 miles of charge with 20 minutes of charging.

Jaguar will reveal a production version of this concept in late 2017, and the final model should be available for sale in 2018.