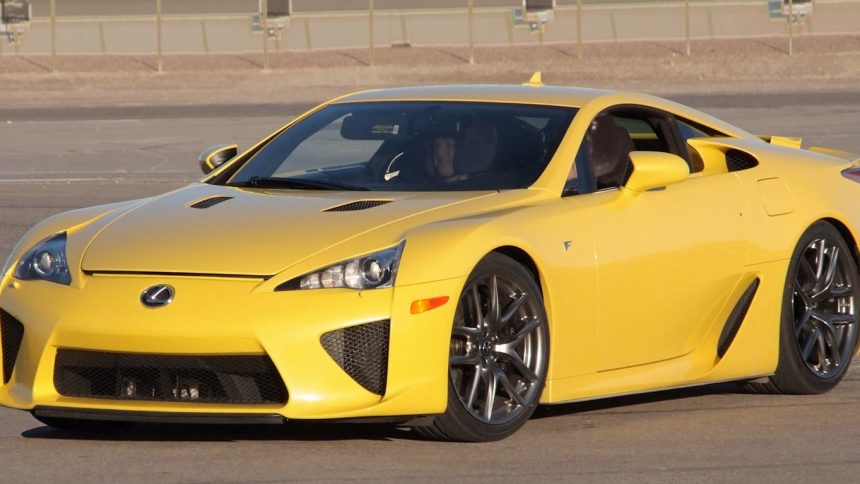 The Greatest Car Japan Has Ever Made

The problem was that its minuscule 500-vehicle production means that hardly anybody has seen an LFA in the flesh, let alone had a chance to experience what it’s all about.  One can assume that the vast majority of LFA’s are sitting comfortably in a humidity-controlled garage — where they’ll remain for some time. By many metrics, the Lexus LFA was a colossal failure. Its implied goal as a halo car was to build enthusiasm for the Lexus brand (and to some extent Toyota), and to create an icon that represents what the Japanese company is all about.

Add the fact that Lexus charged a colossal $375,000 ($200,000 more than the R8) and still lost money on every single LFA and you start to wonder why this car, made between 2010 and 2012 (and still being used in Lexus’s marketing), wasn’t just shoved into a corner and forgotten about.

All this lingering doubt was on my mind as I sat in a cab bound for Toyota City, about 3 hours southwest of Tokyo. I had never seen an LFA outside of an auto show and I’d certainly never sat in or driven one, but I absolutely adored the process and engineering folklore behind it. (“You know, they had to scrap the design when they decided to use carbon fiber…” “I hear the exhaust note was tuned like a guitar…”). I was afraid this would be one of those “don’t meet your heroes” situations where it would fail to live up to my own hype.

After a brief walkthrough from lead LFA engineer Haruhiko Tanahashi of the inescapably orange “Racing Yellow” Nurburgring Edition LFA that Toyota had brought, I realized that in terms of heart, soul, engineering and raw excitement, the Lexus LFA is the best car Japan has ever produced. No exceptions.

The LFA deserves to live on in the supercar hall of fame for so many reasons: its exacting attention to detail, perfectly controlled aerodynamics, machined parts on the rear wing that could’ve been done by Boeing, the most beautiful pedal box ever fitted to a road car — not to mention the incredible 4.8-liter V10 that can rev to 9,000 RPM and exhibits enough engineering minutia to warrant a post of its own.

Then there’s the really nerdy stuff. Lexus worked with Yamaha’s musical instrument division to route two distinct octaves of engine noise into the cabin, and then tuned it by placing tiny baffles in the ducting. The tachometer had to be made digital because an analog unit couldn’t keep up with the engine. And it’s got a custom-designed 12-speaker Mark Levinson sound system for when you get bored of the engine note (you won’t).

Yet, the LFA’s biggest accomplishment is that despite all of this engineering nerdery, it still manages to be evocative and soulful in a way that similarly superlative-packed cars (think Bugatti Veyron) can’t. Maybe it’s the classic sports-car proportions, maybe it’s the fact that there aren’t any extraneous gadgets and gizmos, or maybe it’s just some ineffable translation of the passion that was put into the LFA by its team of engineers, designers and craftsmen. 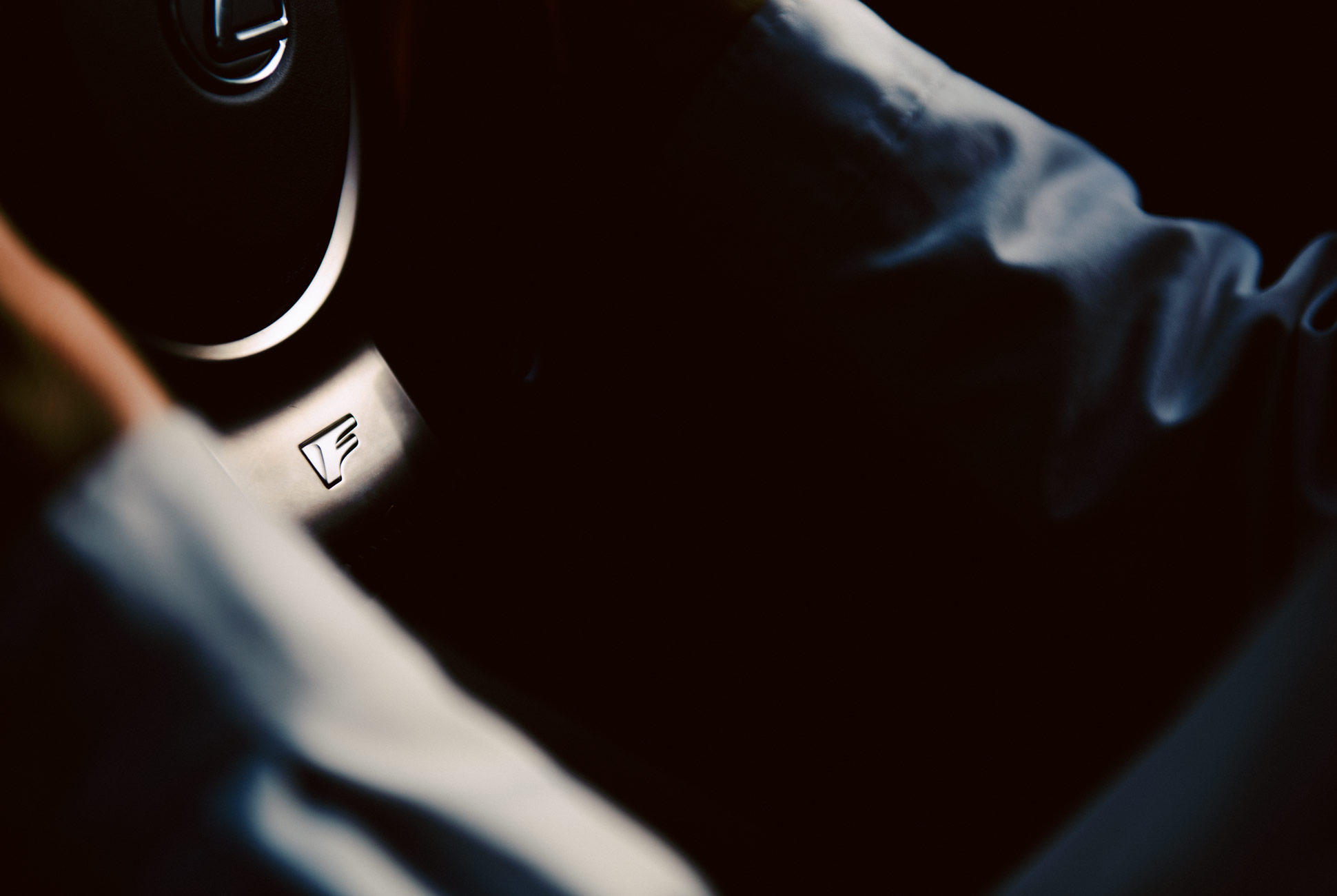 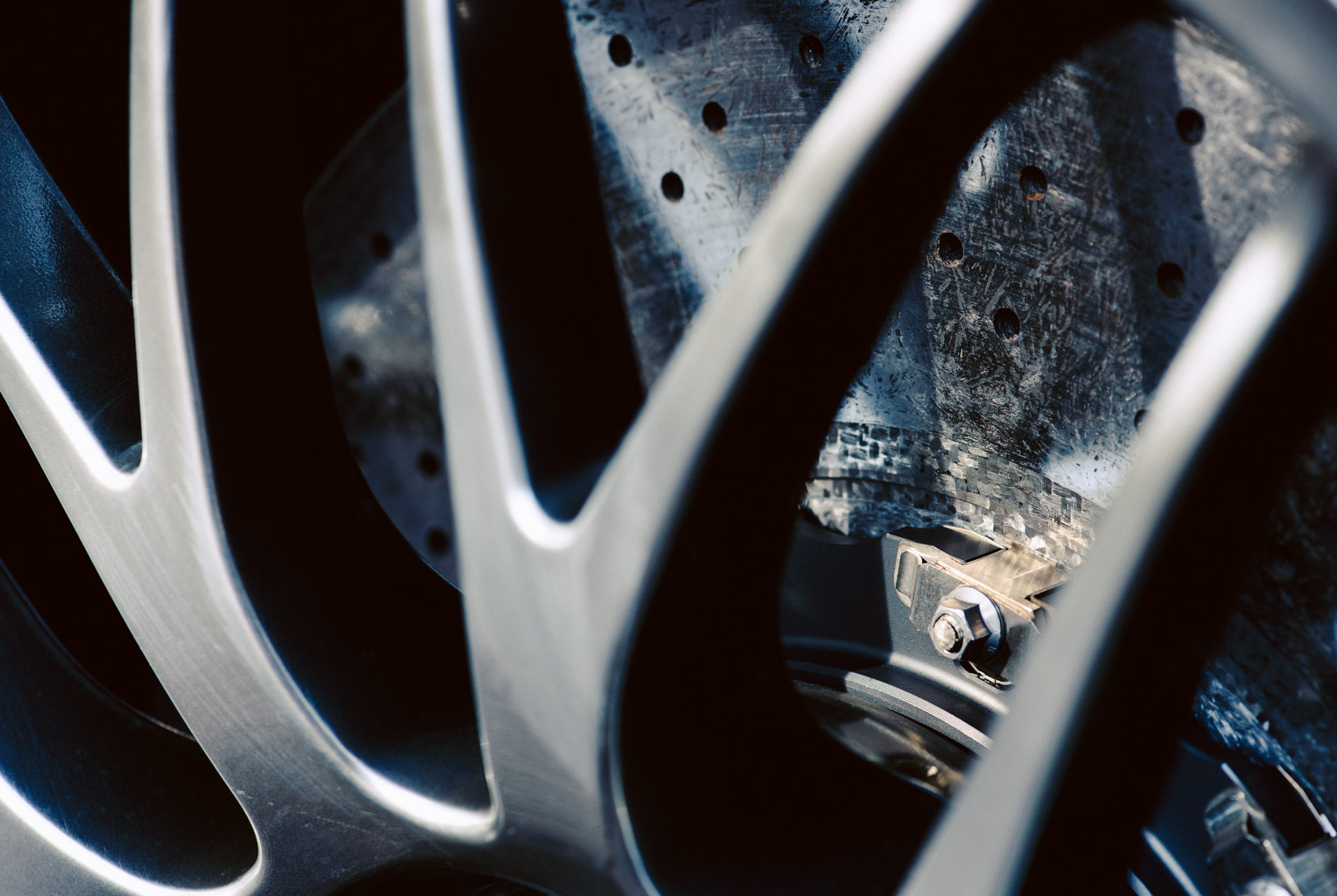 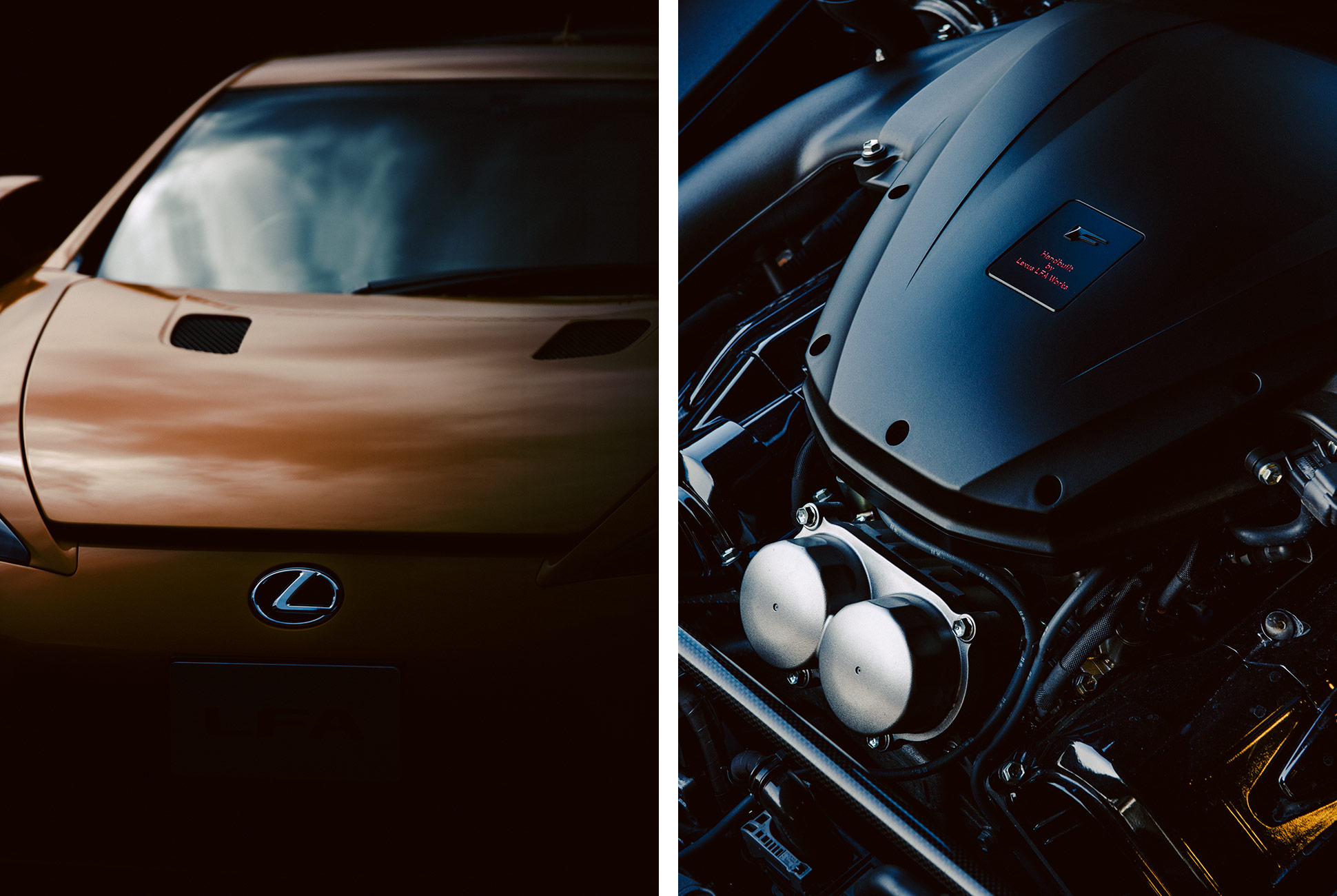 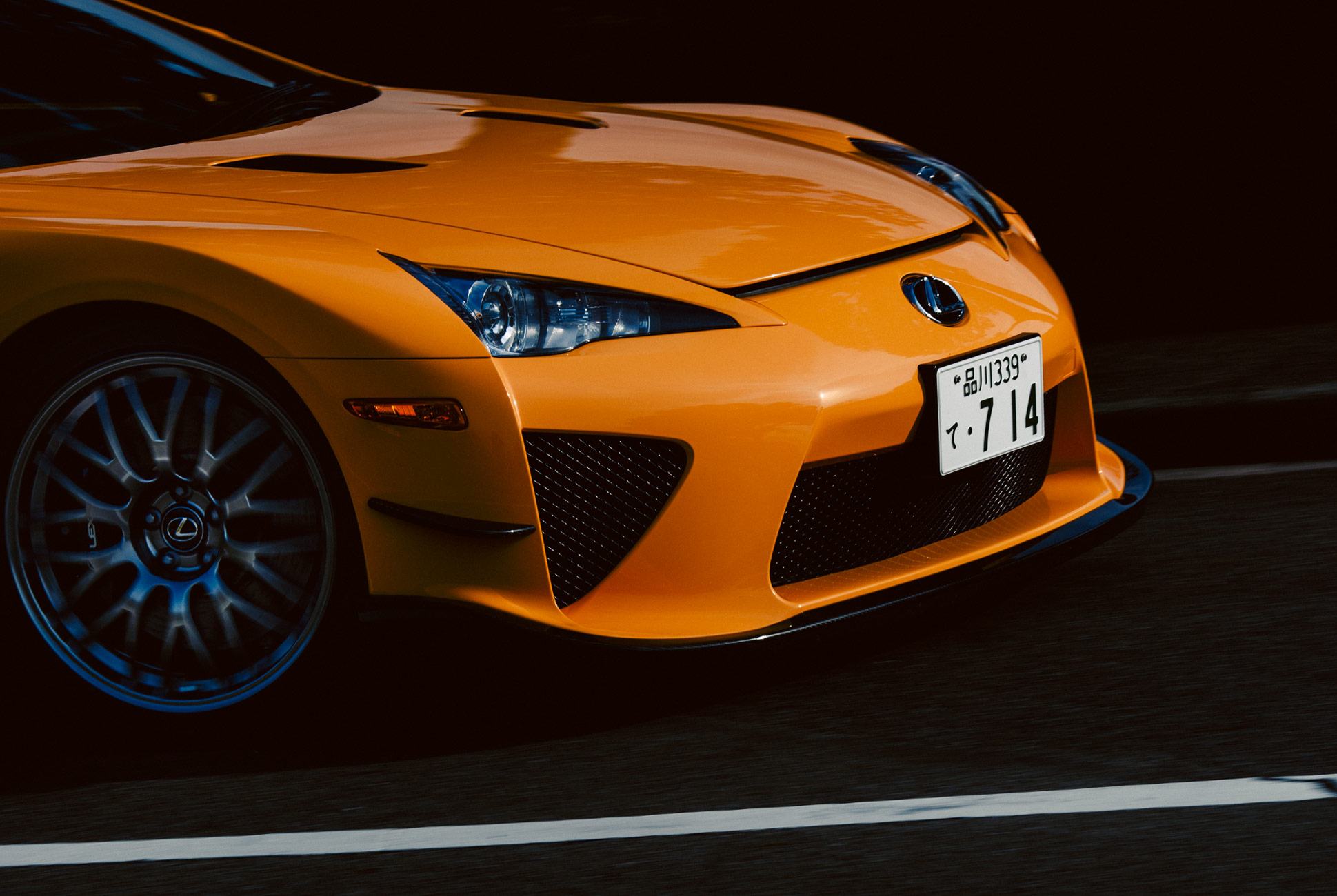 The Nurburgring Edition LFA completed a lap of the famed German circuit in seven minutes and 14 seconds (hence this vehicle’s license plate), the fifth-fastest time for a production vehicle in 2011. 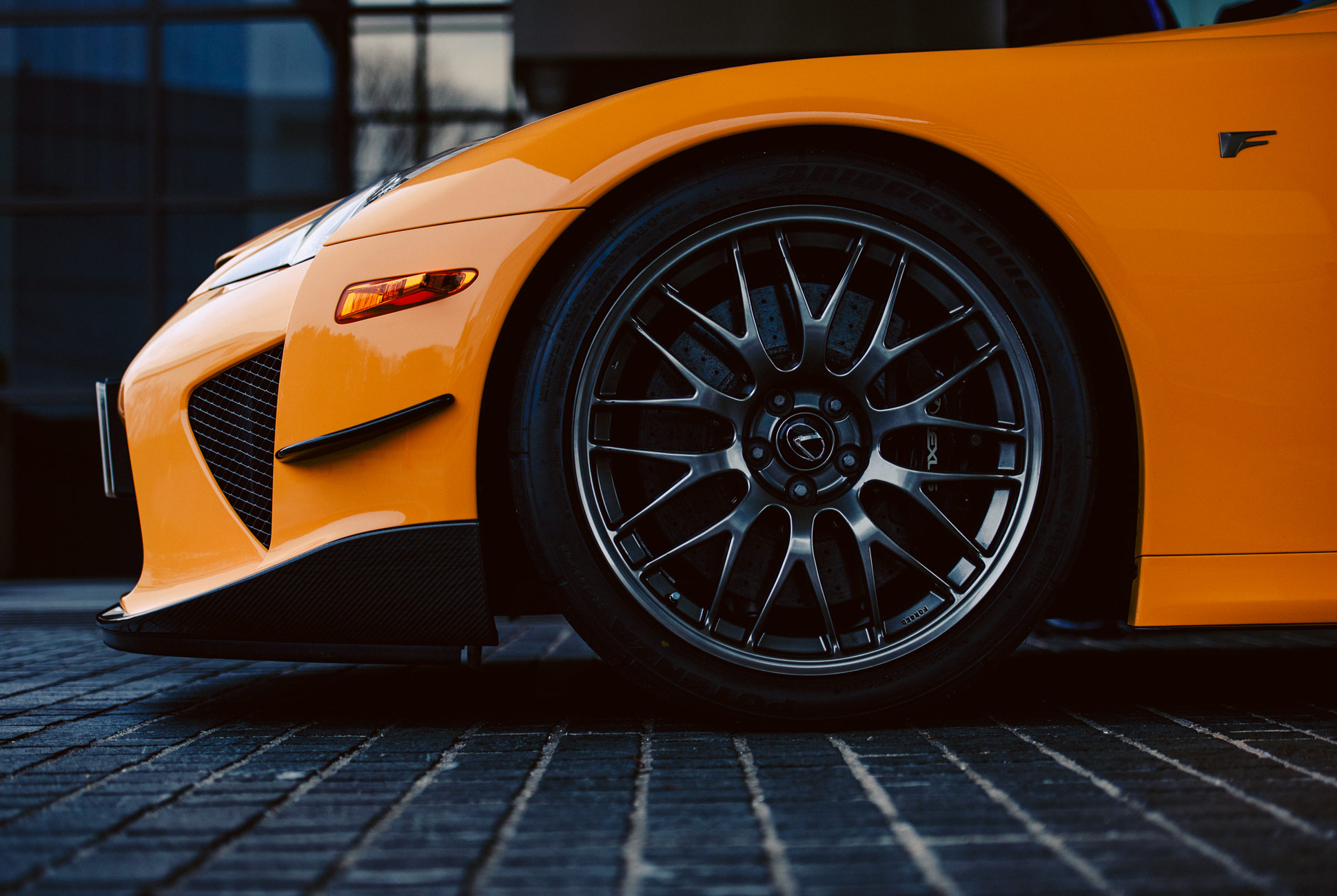 Development (under a Skunkworks division) started in 2000, but it wasn’t until 2005 that Toyota had the physical tools to build the carbon-tub chassis and body panels in-house. 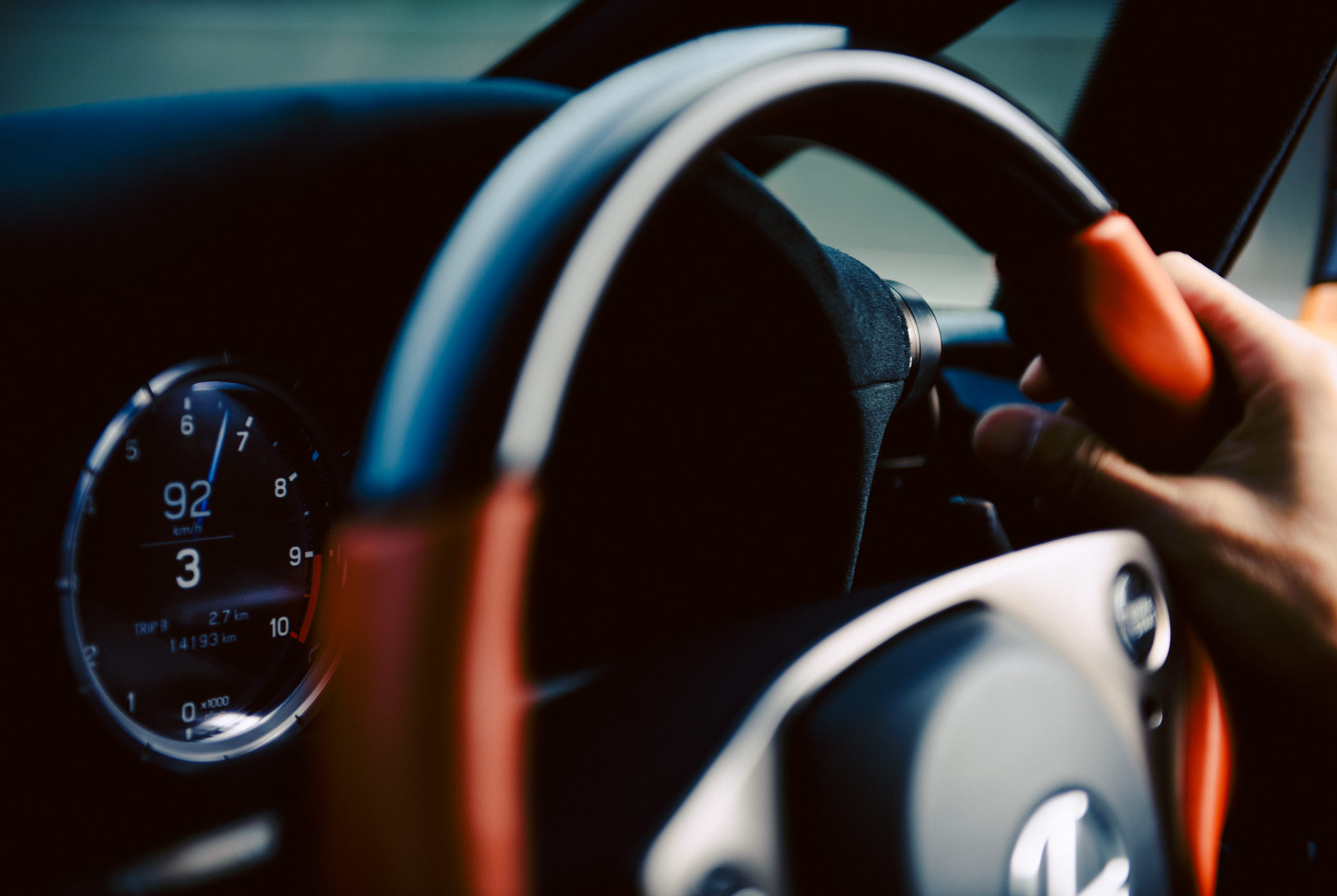 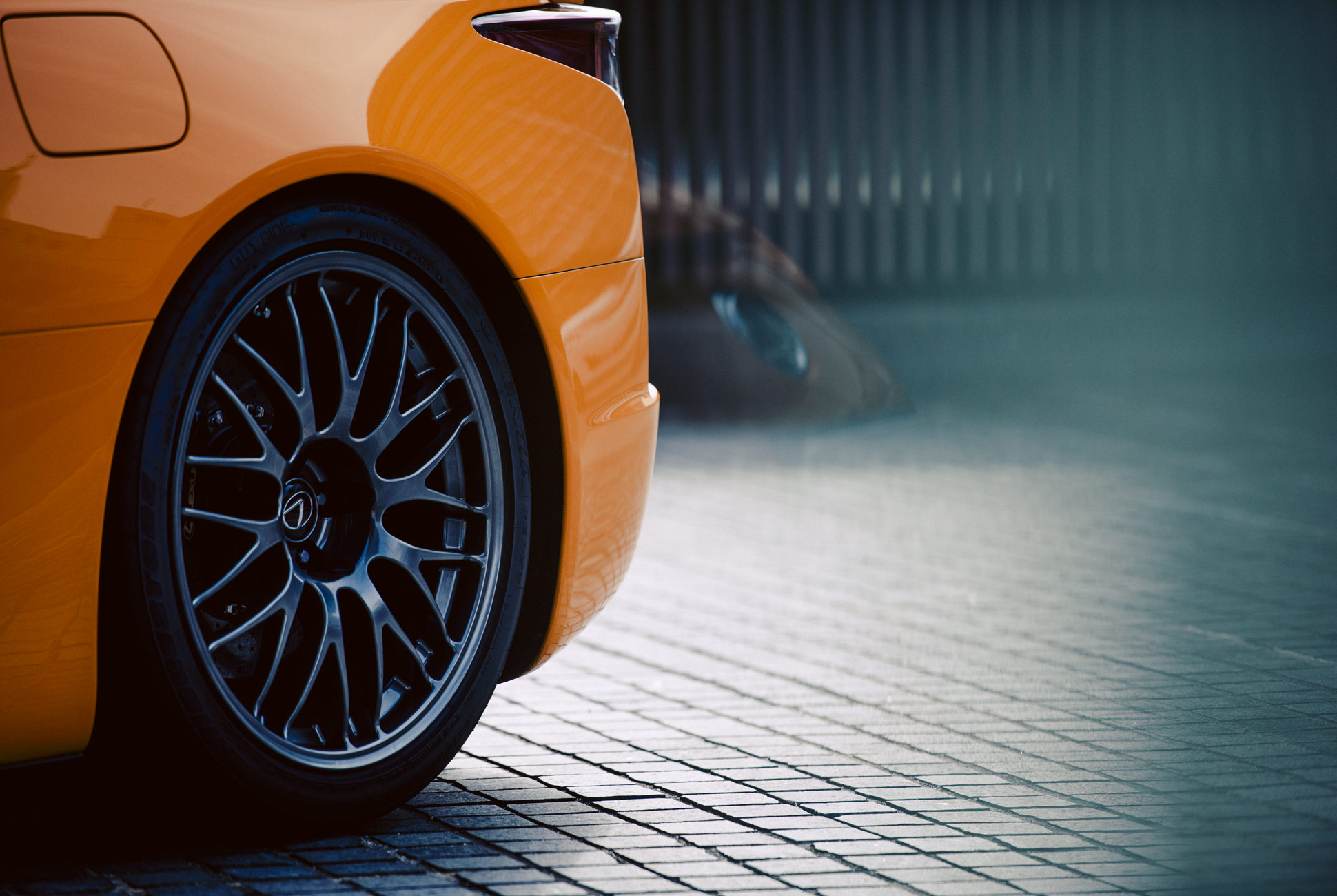 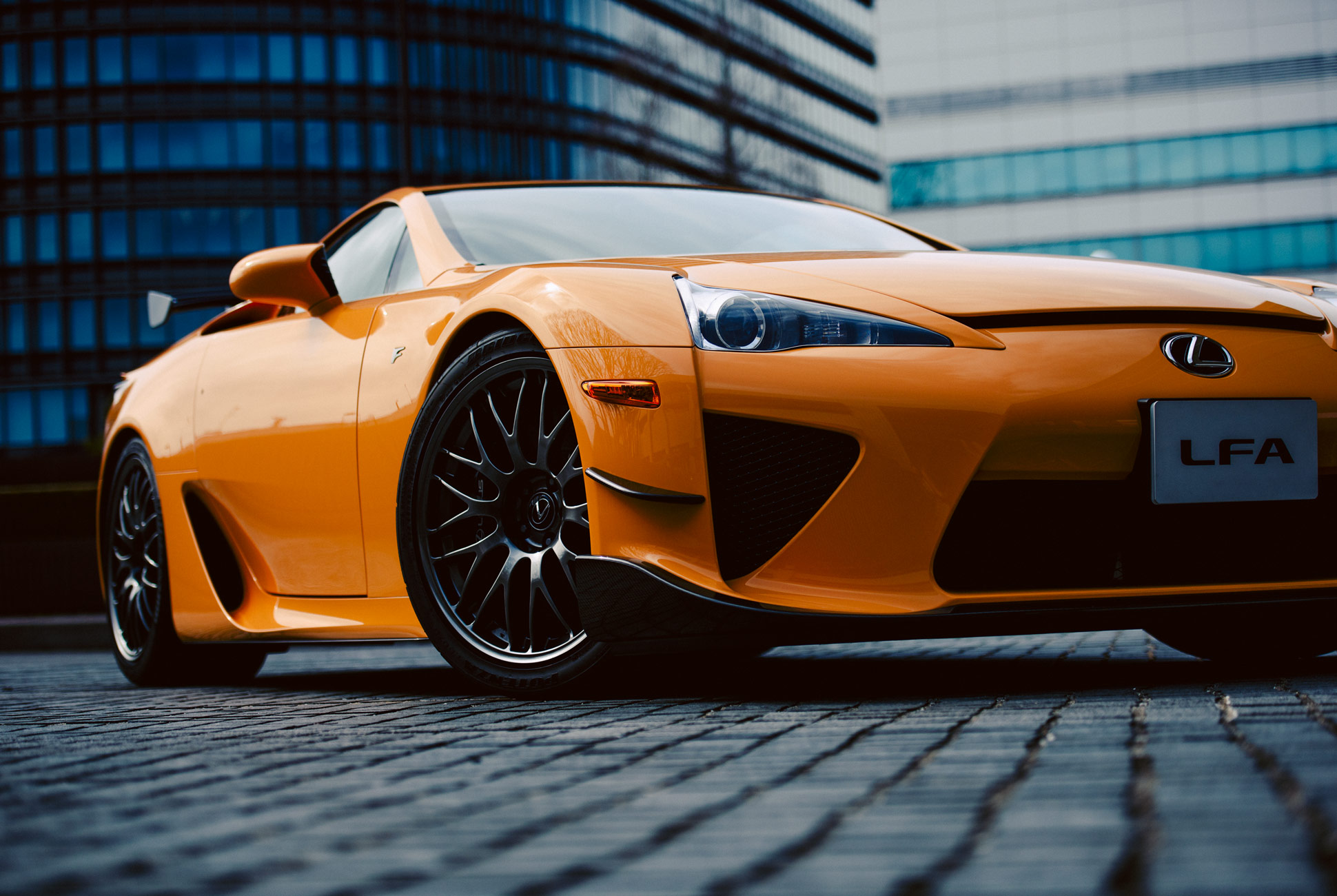 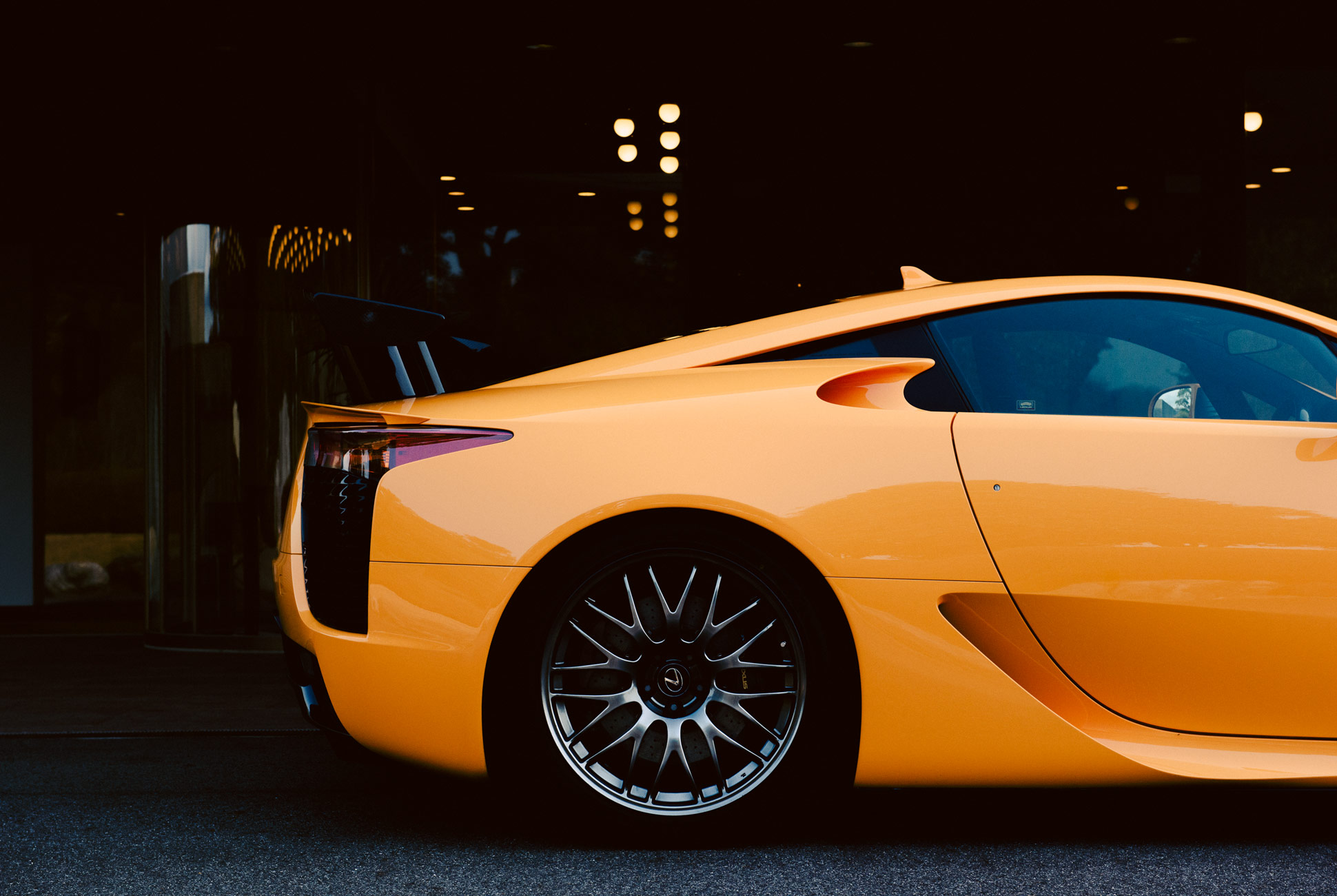 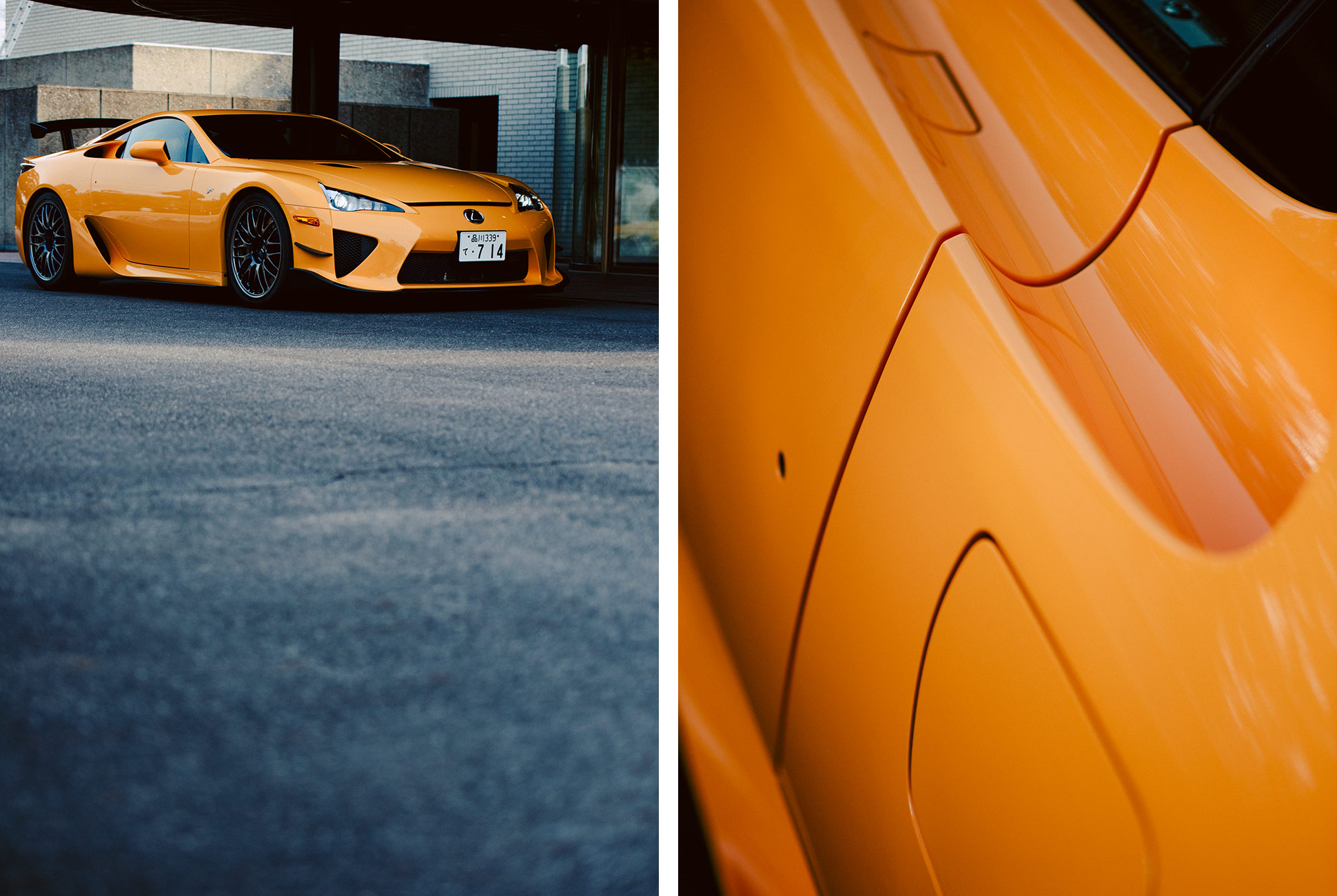 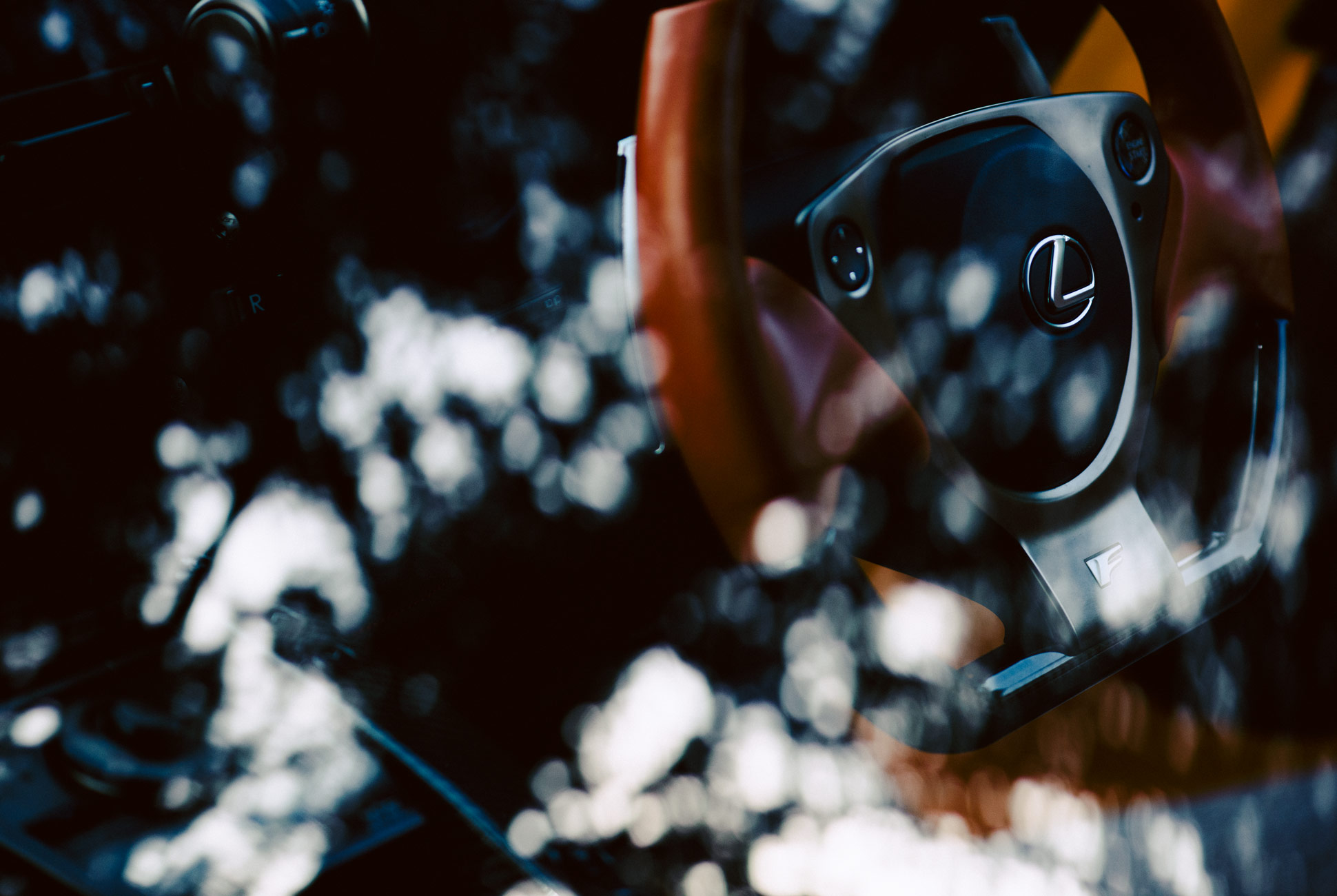 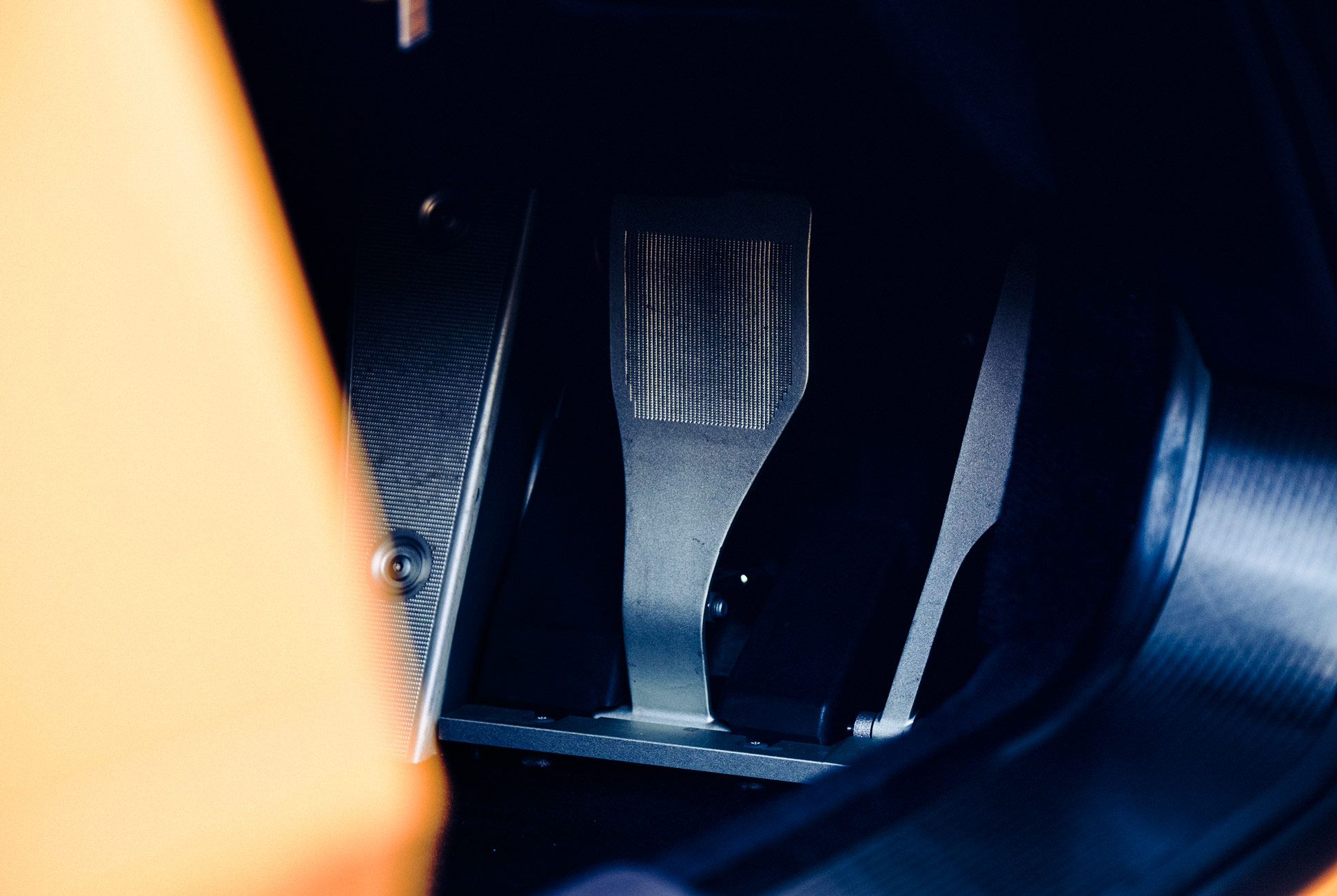 Lead engineer Haruhiko Tanahashi’s favorite part of the LFA: the forged aluminum pedal box, a point he brought up to Lexus’s press photographers (who neglected to include it). 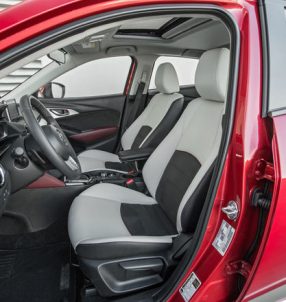