You are here: Home  /  Auto Show  /  Spied! Is This Shortened Panamera a Prototype for a Porsche 928?
Auto Show 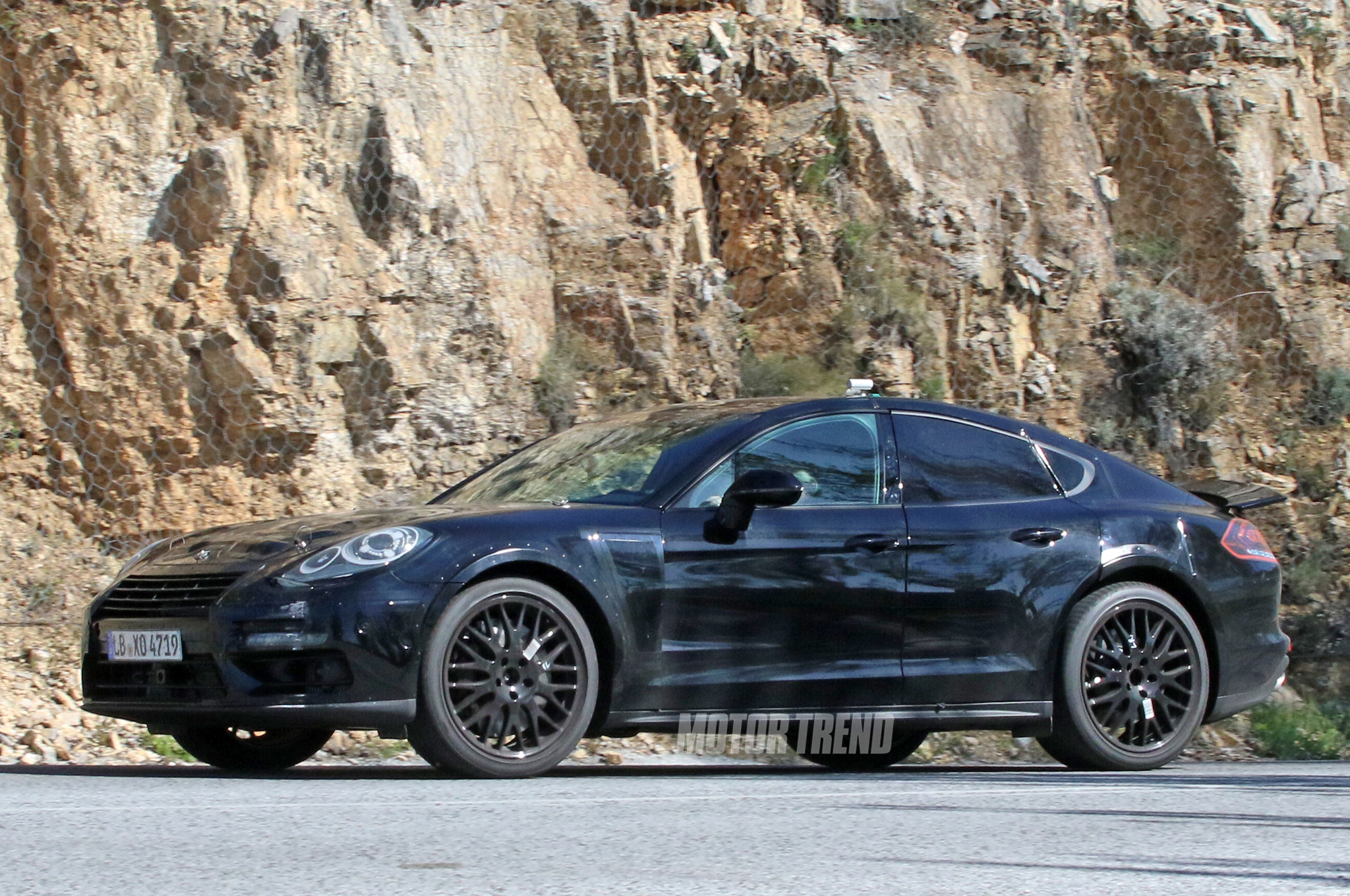 Spied! Is This Shortened Panamera a Prototype for a Porsche 928?

Ever since the Porsche Panamera came out in 2010, rumors about a coupe version that would revive the 928 moniker have persisted. Now that a new generation is on the way, those same rumors have resurfaced, and this time there may be some truth to them. We’ve seen mules for the next-gen Porsche Panamera before, but this one is a bit different. It’s clearly shorter than other prototypes we’ve seen. Could that mean a two-door variant is finally in the works? You decide.

Our spy shooter first captured mules like this wearing U.K. plates registered to Bentley, hinting that they were actually development mules for the next-gen Continental GT. That makes some sense, since the Continental will share its MSB platform with the Panamera. This one, however, is registered to Porsche. But why is the Stuttgart-based automaker testing a shorter Panamera? A reborn front-engine 928 coupe is as good a guess as any. It could also be the Panamera’s sedan baby brother, internally code-named the “Pajun” (short for Panamera Junior). The trail had gone cold on that rumored model, but this mule could be proof that a smaller Panamera is still on the table.

As we previously reported, the still-new twin-turbo 3.0-liter V-6 is expected to carry over next Panamera, but a twin-turbo 4.0-liter V-8 is also said to be in the pipeline. At least one plug-in hybrid option will be offered, along with a diesel V-6 for Europe, assuming Porsche can shake the bad vibes of the emissions scandal. MSB will be able to support both rear- and all-wheel drive.

What do you think? Does this prototype preview the second coming of the 928? Share your thoughts in the comments below.

Spied! Is This Shortened Panamera a Prototype for a Porsche 928?