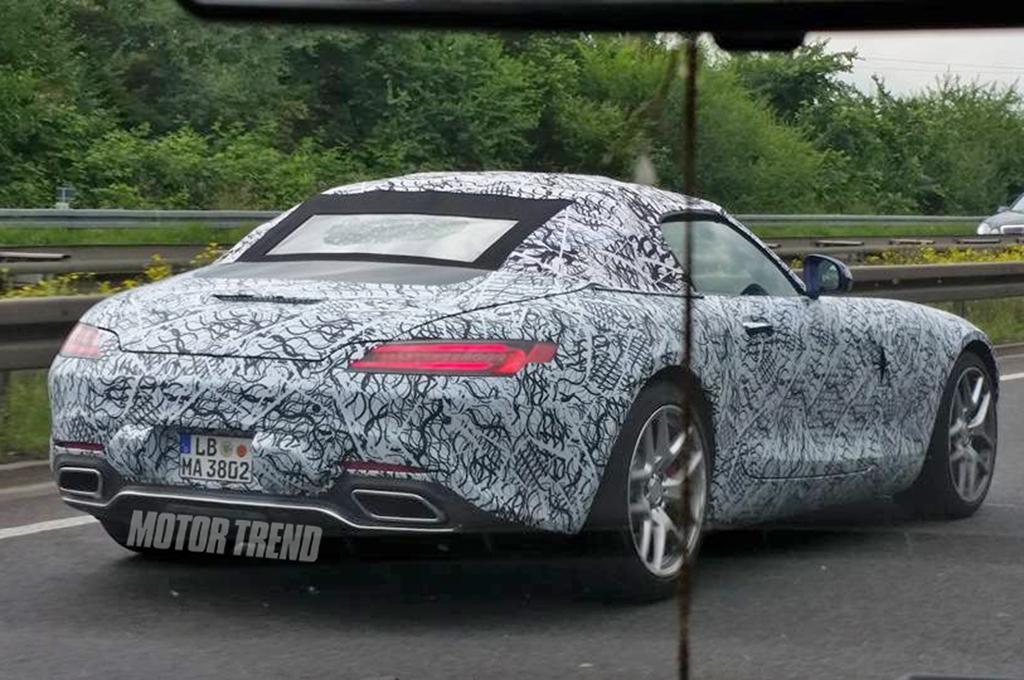 A prototype for the rumored Mercedes-AMG GT convertible has officially been spotted on public streets. The new convertible joins the original AMG GT and AMG GT S models, as well as the recently revealed track-focused AMG GT R.

We expect the new AMG GT convertible to be powered by the same 4.0-liter twin-turbo V-8 as the AMG GT and AMG GT S coupes. In those configurations, the boosted mill makes 456 hp and 443 lb-ft of torque and 503 hp and 479 lb-ft, respectively. A seven-speed dual-clutch manual is the car’s sole transmission offering. Don’t expect the AMG GT R’s 577 hp and 516 lb-ft engine to be offered with the softtop. 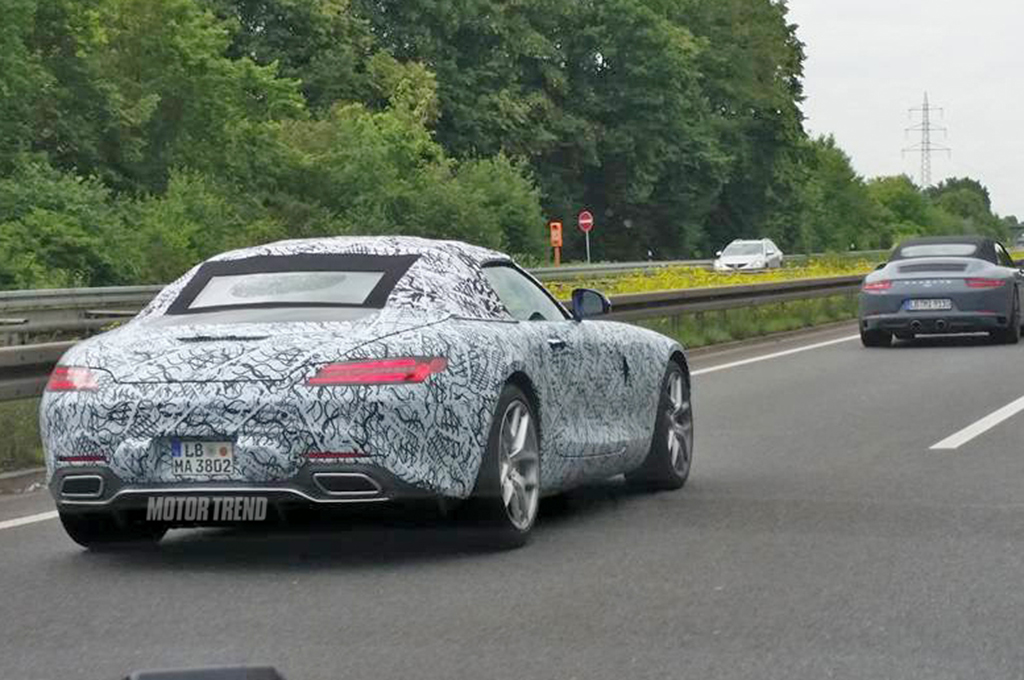 The Mercedes-AMG GT convertible prototype was spotted testing with a Porsche 911 Cabriolet as a benchmark, which comes as no surprise as the automaker aims to make the open-top variant just as competitive as the coupe. After all, a Mercedes-AMG GT S won our 2015 Best Driver’s Car competition.

Rumors suggest the Mercedes-AMG GT convertible could debut at the 2016 Paris auto show later this year and hit the streets sometime next year.