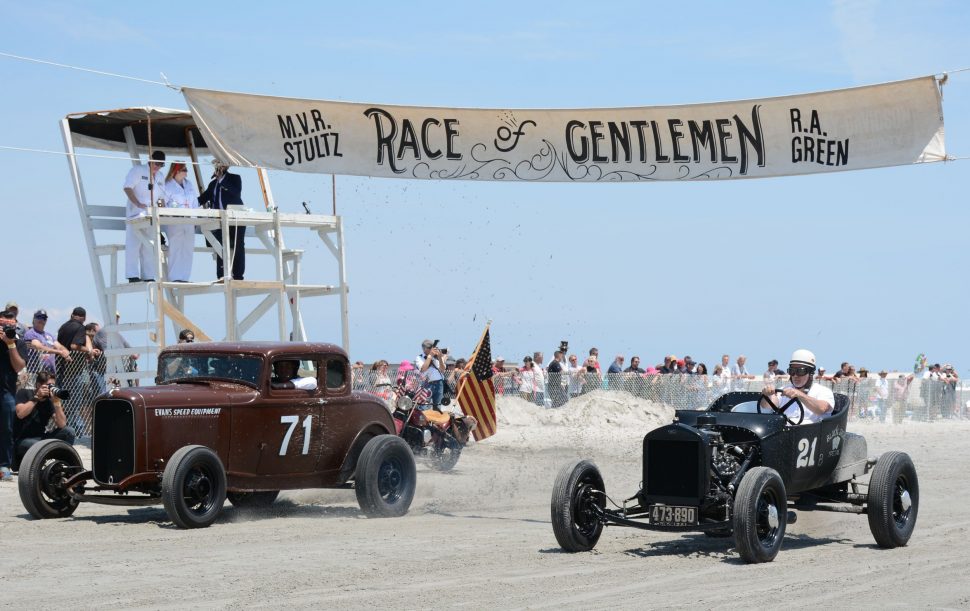 Kevin Carlson, Race of Gentlemen regular, owner of the Sassafras Special and friend of Hemmings, passed on a bit of wisdom about the now bi-coastal event. “Sometimes you finish first and sometimes you finish second,” Kevin told us, “but here, there are no losers.” 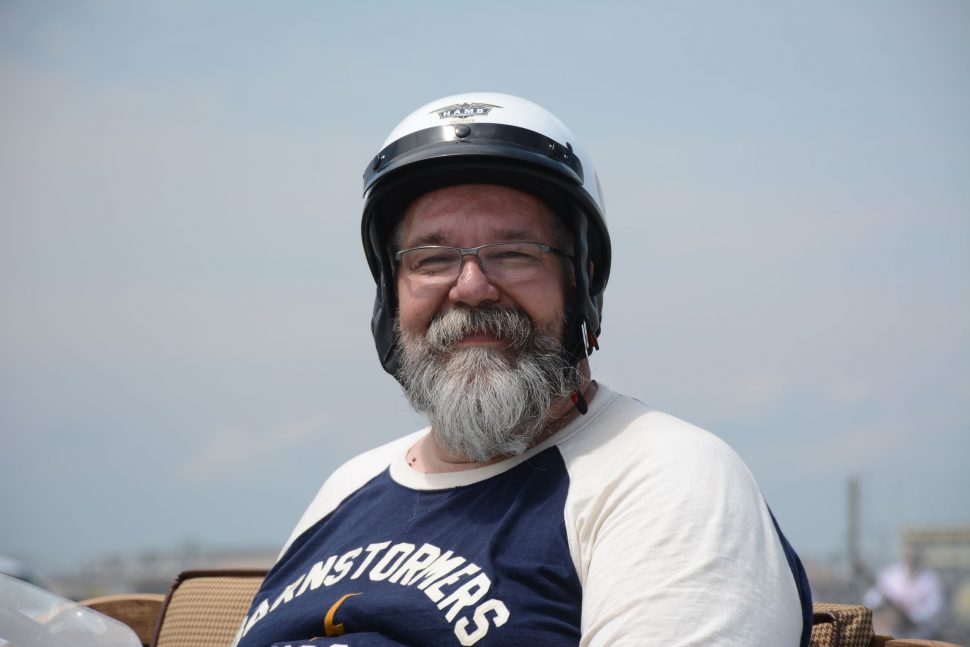 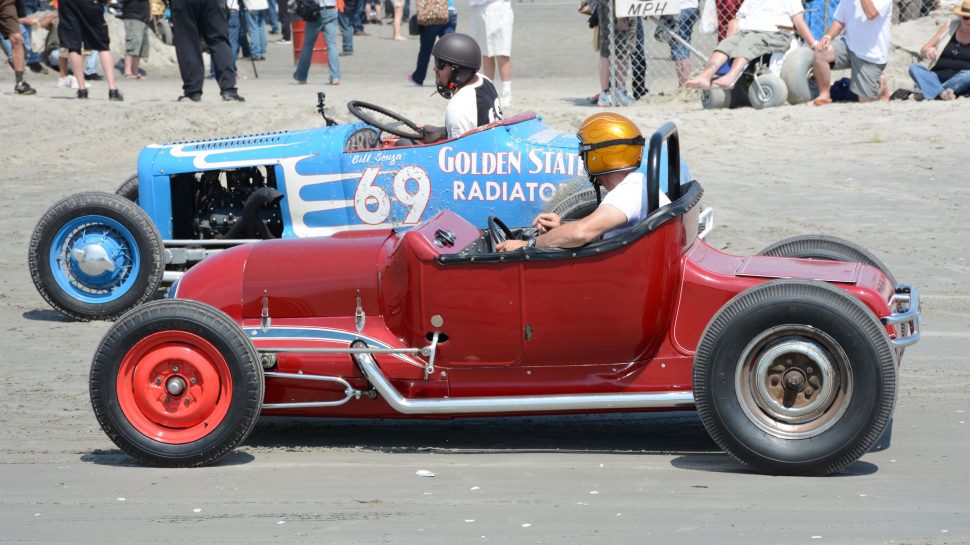 There are no egos, either. At the hotel on Friday night, Ray Evernham walked up to the Hemmings crew, shook our hands and thanked us for supporting the race. The next day, the NASCAR legend (and current host of Velocity’s AmeriCarna) was on the beach in his 1924 Model T roadster, just another racer doing it for the sheer joy of running fast on the sand.

Willie G. Davidson, grandson of Harley-Davidson cofounder William A. Davidson and the company’s former chief styling officer, was on hand to meet the crowd and watch his family’s bikes dice it up with arch-rival Indian. Aaron Kaufman, the lead wrench on television’s Fast N’ Loud, even took a few passes down the beach, both on four wheels and on two. 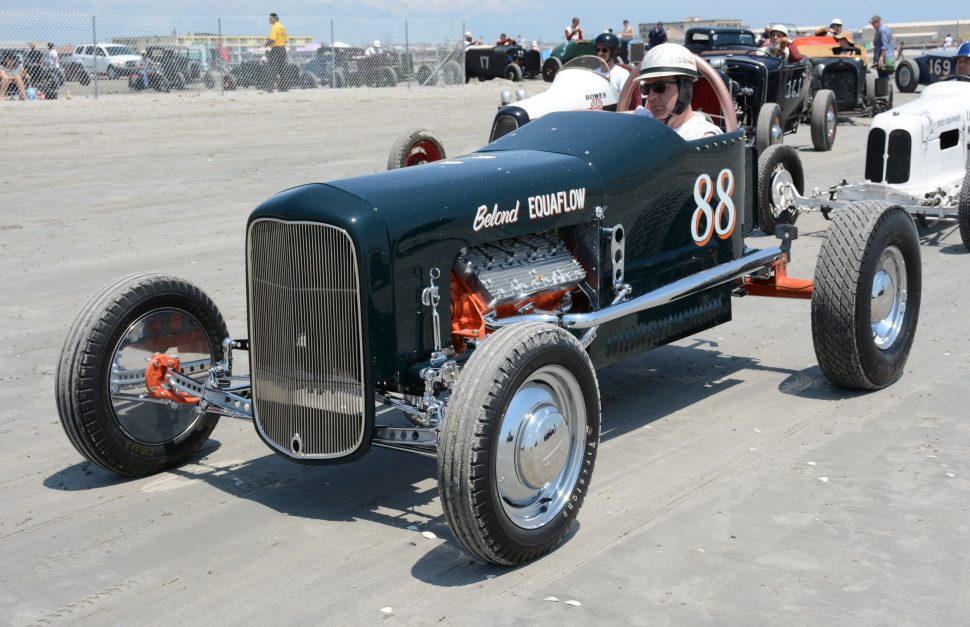 Mark Conforth’s Belond Special was the car to beat, and the winner of the V-8 class. 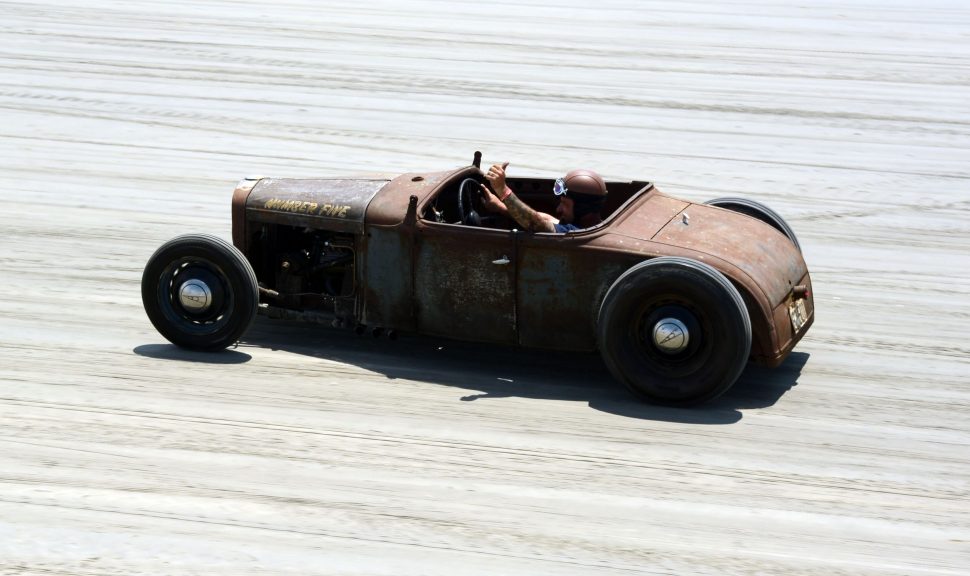 Eli English celebrates a victory on the way to his Heritage class win.

The competition may have been low-key, but there were still brackets to run in, with award banners up for grabs on Sunday afternoon. Joe Conforth’s stunning 1932 Belond Special won the V-8 class, and Eli English’s wicked-fast ’31 Ford Model A roadster, also powered by a flathead V-8, won the Heritage class.

On the bike side, Mike Silvio was the big winner on his 1947 Harley-Davidson knucklehead, walking away with both a class banner and a new fork set courtesy of Vard Manufacturing. 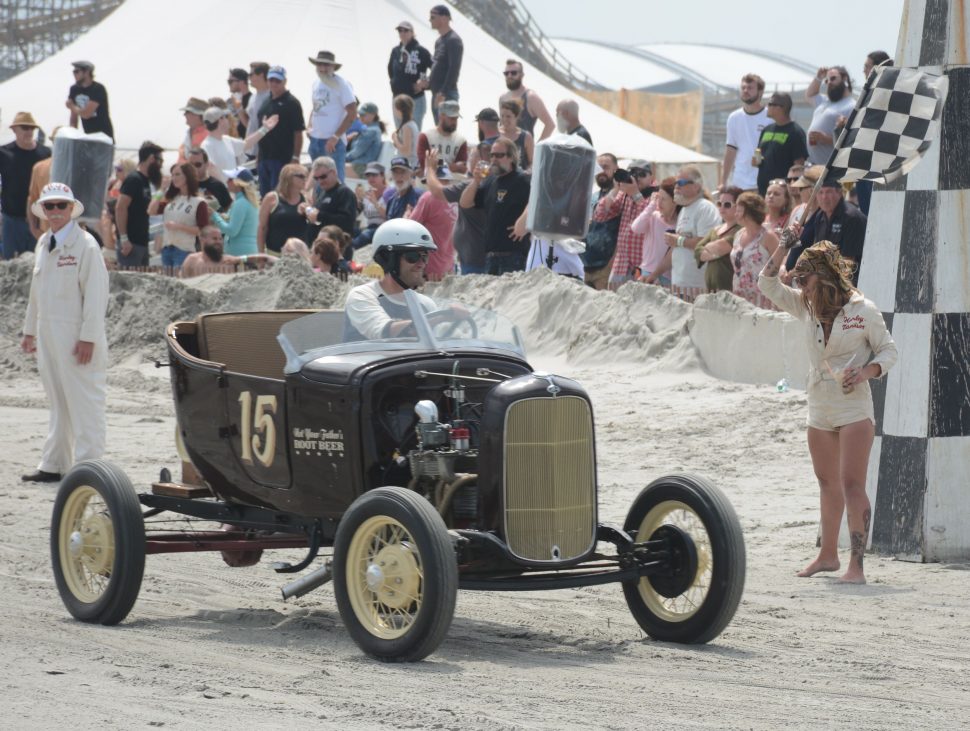 Hemmings managing editor Dan Beaudry had an epic adventure in the Sassafras Special, which required a transmission replacement the day before the event. Tuned on the beach by Kevin, Dan, and a host of helping hands, the car made a total of three passes on Sunday before the rear end let go. While Kevin finished second in both his races, Dan pulled off a win, retiring (temporarily) from his beach racing career undefeated. Look for more from Dan on this epic saga of perseverance and sleep deprivation in the coming days, and in a future issue of Hemmings Muscle Machines. 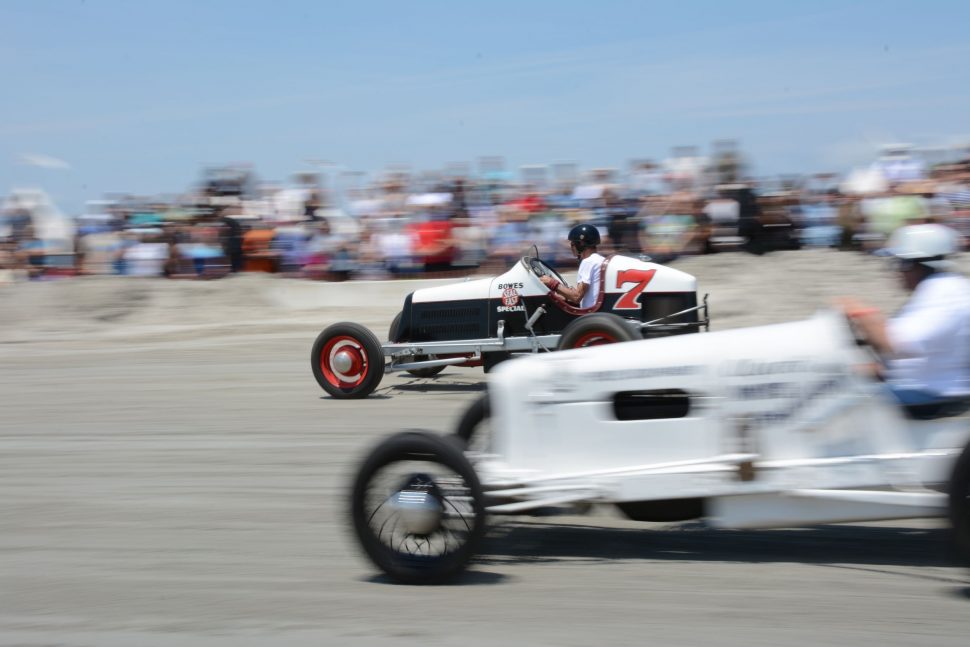 The Bowes Seal Fast Special pulls away from the Alperti White Phantom. 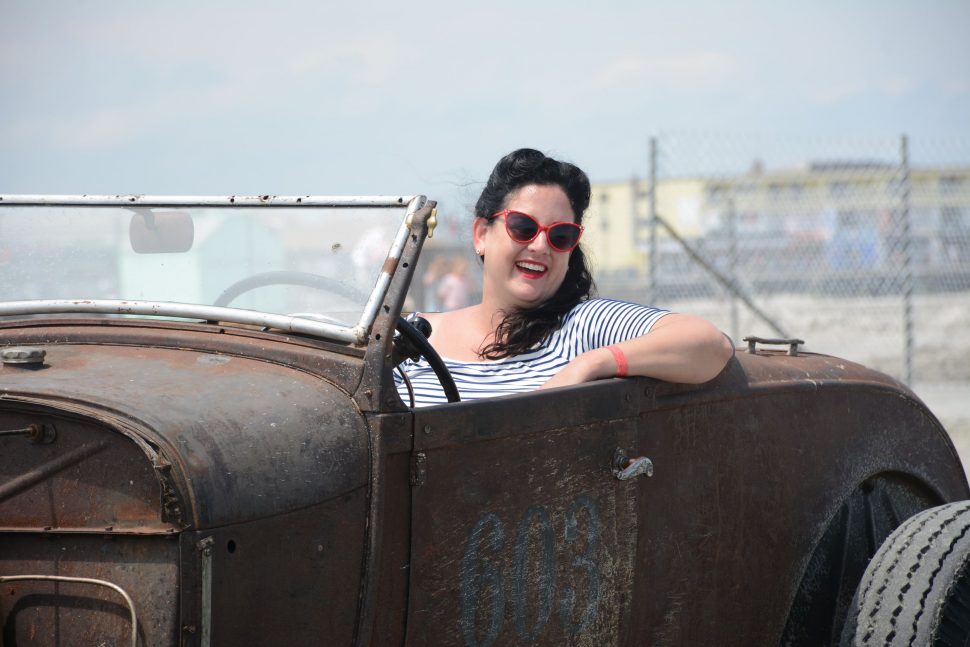 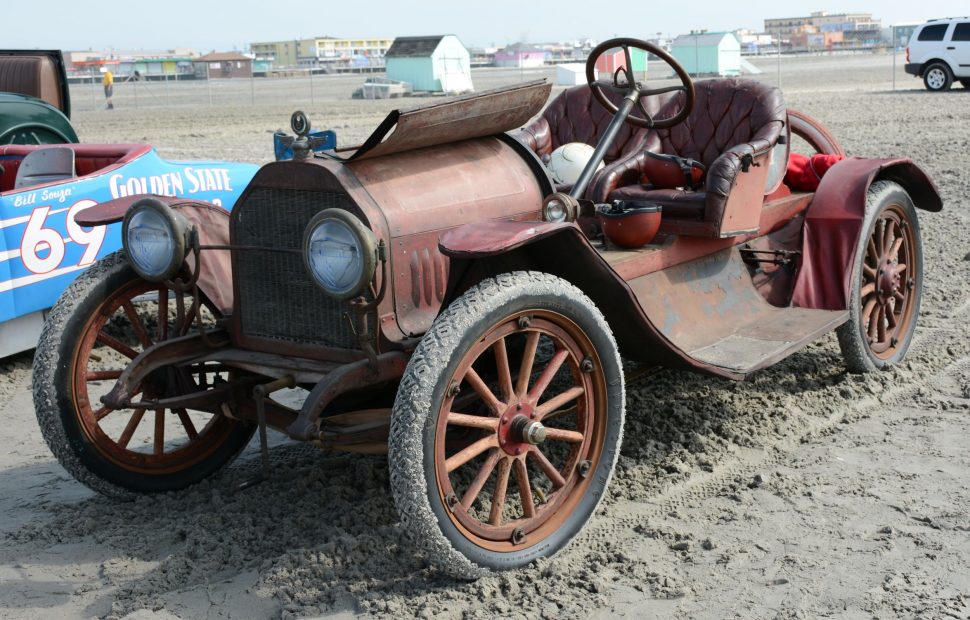 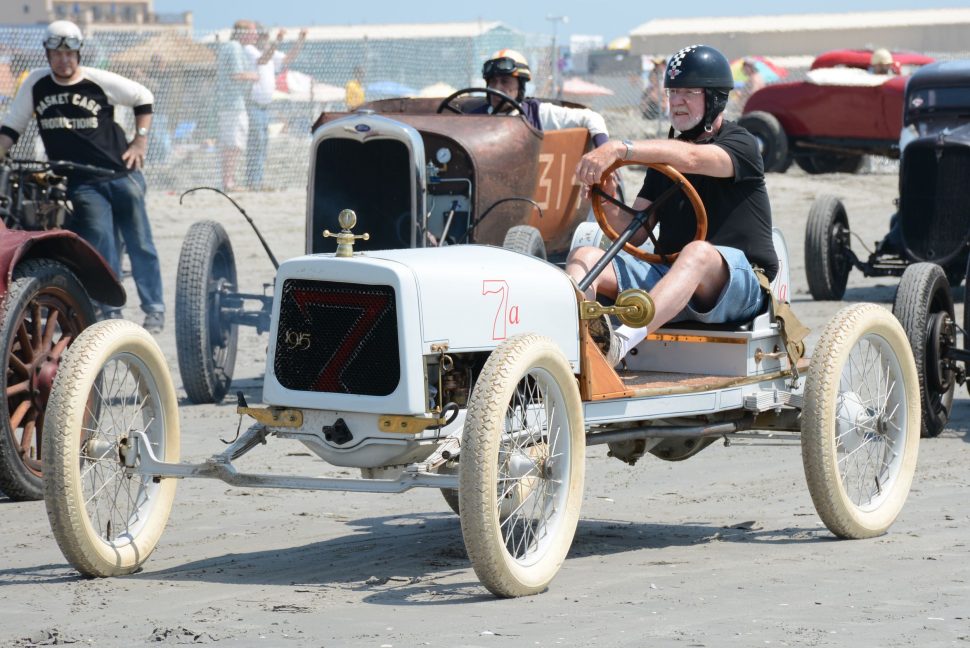 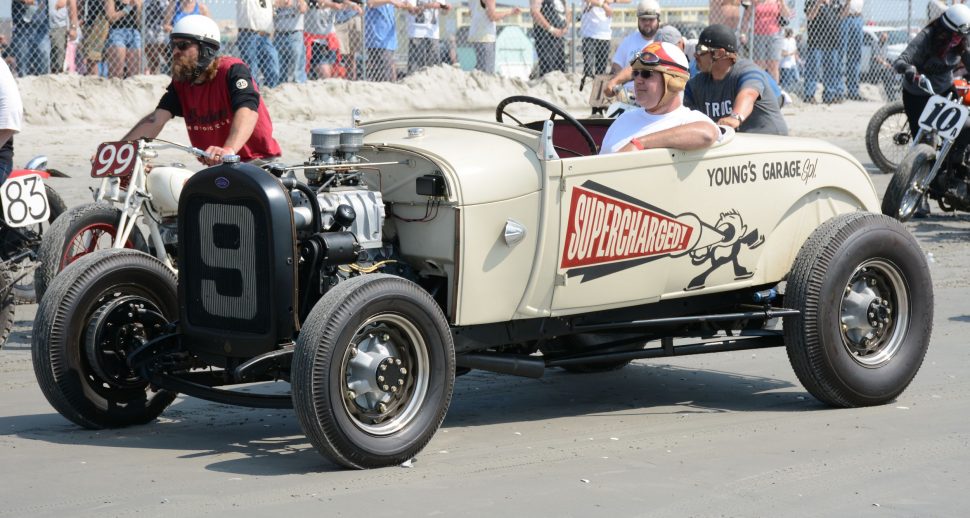 In case you missed the blower atop the flathead V-8, Hank Young wants you to know what you’re up against. 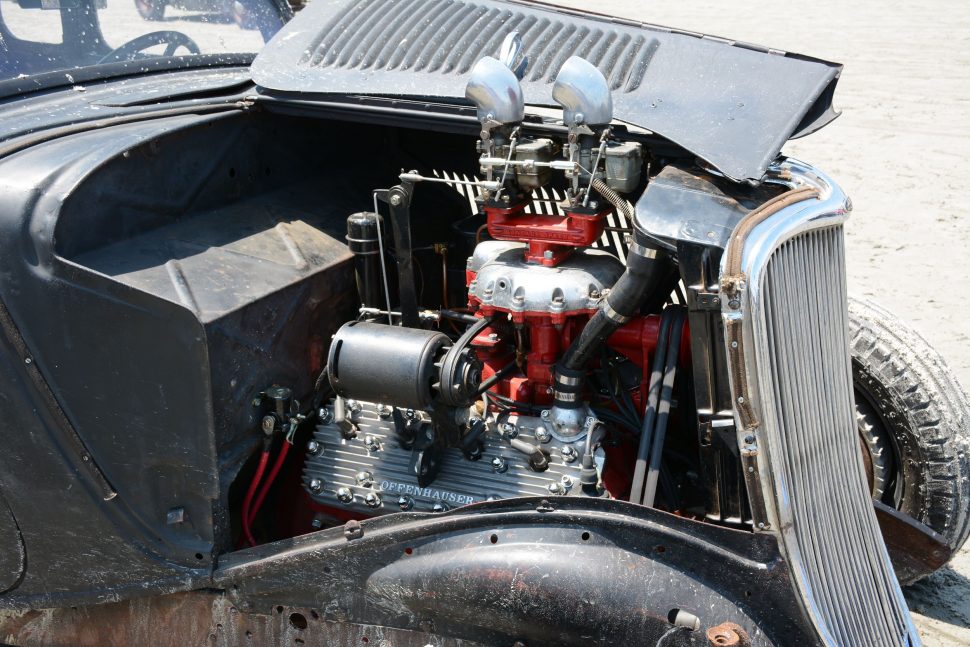 Here’s something you don’t see everyday – a McCulloch supercharger.

As previous TROG events have shown, the cars (and bikes) were the main attractions. From a barn-fresh (in appearance, anyway) 1914 Studebaker SC-4 entered by Kelly Kinzle, to the immaculately prepared 1915 Saxon speedster of Andy Wallace and the gleaming 1915 Model T roadster driven by Sam Baker, brass-era cars showed that they could compete with later iron. There seemed to be more cars sporting blowers than in years past, but as several racers learned throughout the weekend, making more power doesn’t help if one can’t get traction. 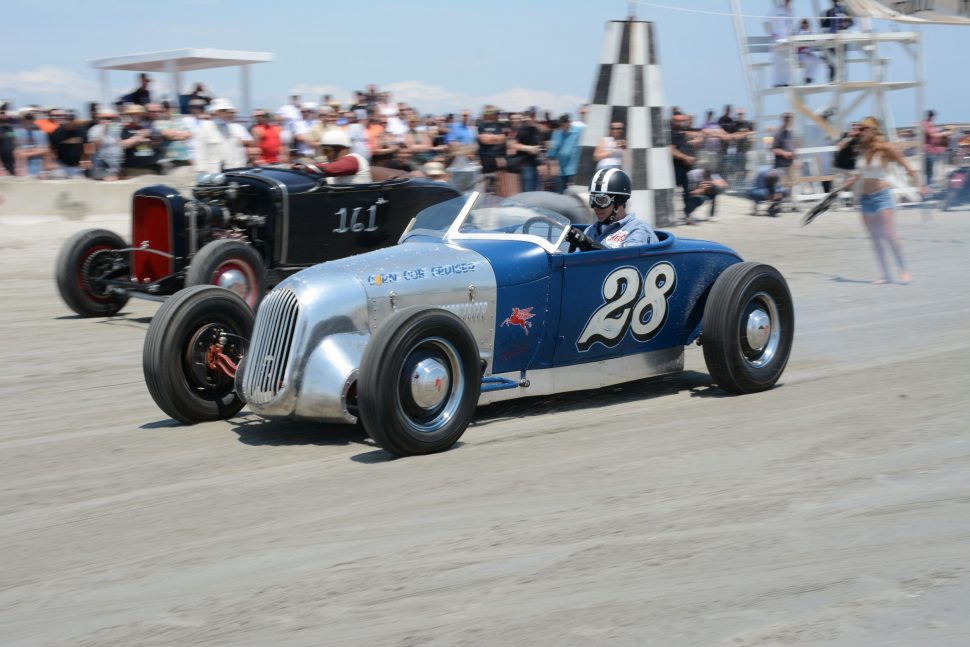 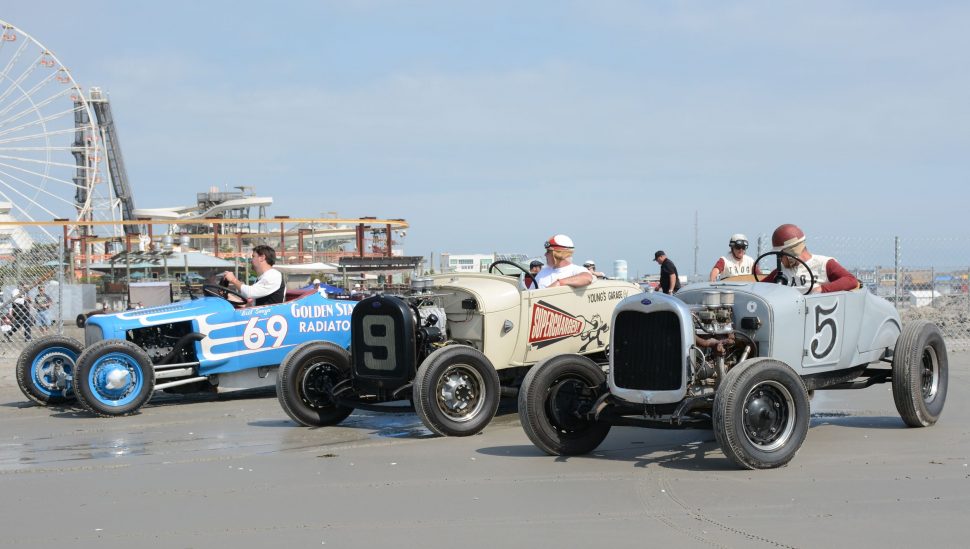 In the staging lane. 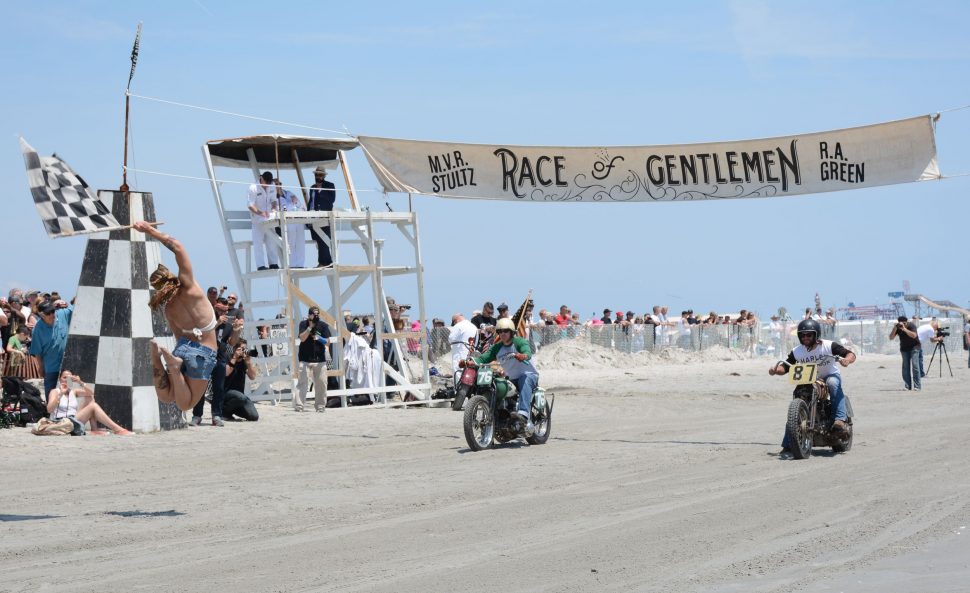 Sara logs some flight time (and starts another race). 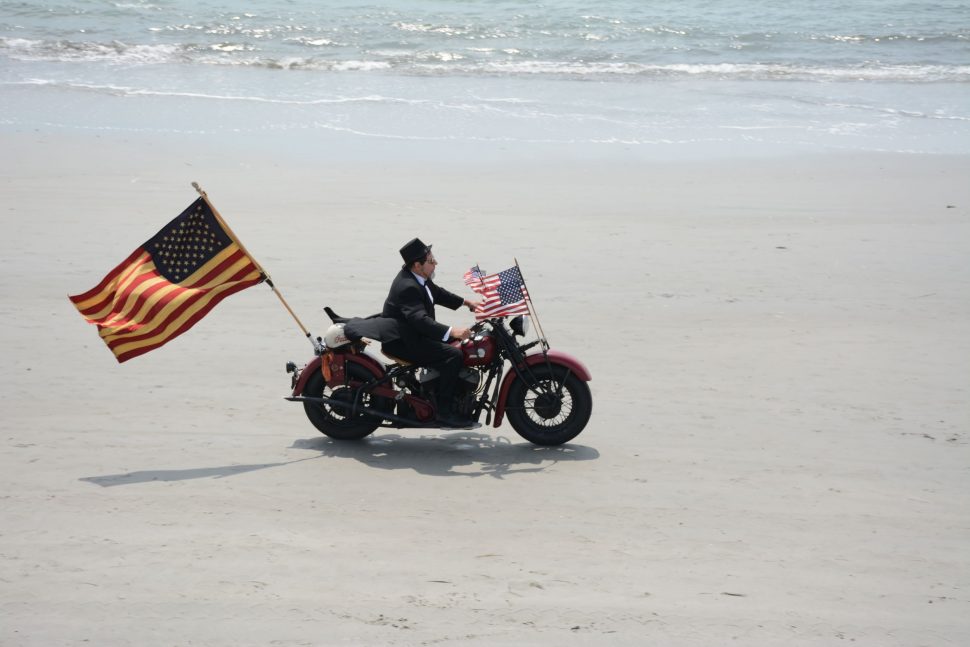 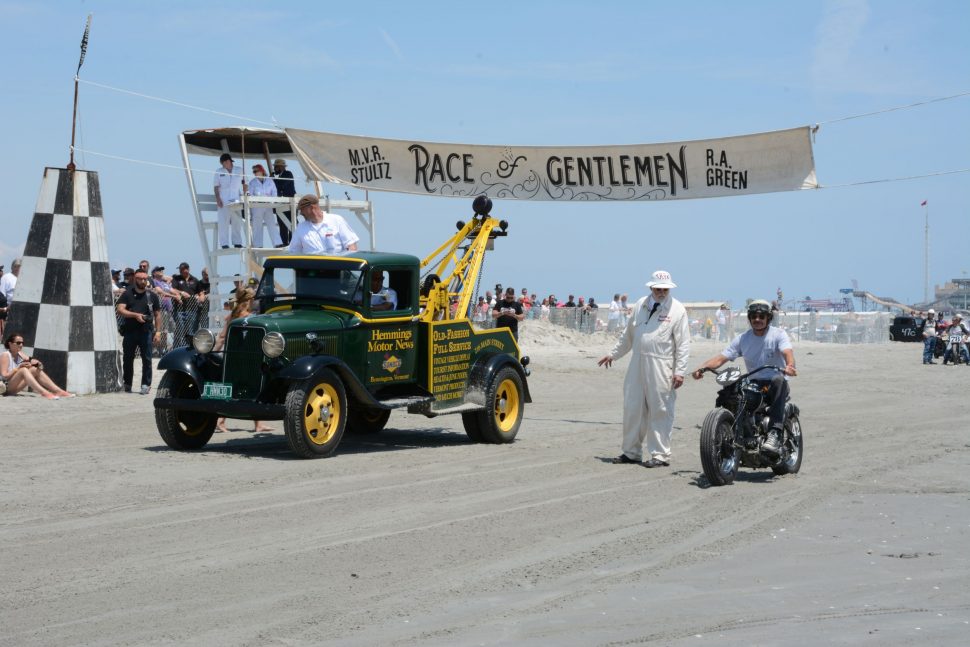 The Hemmings tow truck at work.

The East Coast event’s move to June brought bigger crowds and better weather (and, thankfully, no hurricanes), so it’s safe to assume the next TROG East will take place at a similar time next year. The inaugural Race of Gentlemen West is scheduled for October 15-16, and promises to be just as spectacular a show (and yes, the Hemmings tow truck crew will be on hand in Pismo, California, to help out the racers). If you have a passion for old cars and drag racing, a TROG event should be on your vacation calendar.

For more information on The Race of Gentlemen West, visit TheRaceOfGentlemen.com.