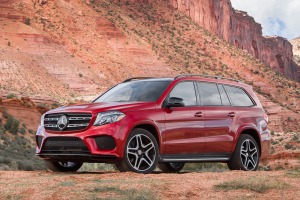 No two dads are alike, so this isn’t a one-size-fits-all situation. Here are eight different “dad types,” each with his own automotive match. It’s Father’s Day, and that means it’s time to celebrate the dads in our lives. What better way than to match them up with the cars of their dreams?

Of course, you know the real-life versions of these guys better than we do, so you might have some ideas of your own. But if you’re thinking about a new set of wheels for a dad, this list is a great place to start.

Be sure to visit our Incentives and Rebates page to learn about current incentive and rebate offers before you buy. You might also find the vehicle you’re interested in via Edmunds.com’s Price Promise® program.

The CEO Dad isn’t necessarily a CEO at the office, but when it comes to family matters, he’s the boss (often in collaboration with a co-CEO or president, frequently known as mom). Is there a Little League game on the agenda? His car has plenty of seats. Is a key performance indicator a grin on a kid’s face? His car has the power and torque to ensure that metric is met. And he’s big on quality control, so the engineers who designed his vehicle had better be the same way.

That’s why the 2017 Mercedes-Benz GLS-Class is an easy choice. It offers three spirited gasoline engines, including a pair of scintillating turbocharged V8s, and its combination of confident handling, three-row space and luxuries galore is simply unrivaled.

Chef Dad loves to cook, so he needs a versatile vehicle for hauling and tailgating, yet he might not want to go whole-hog and buy a traditional pickup truck. That’s where the all-new 2017 Honda Ridgeline comes in. It’s based on the carlike Honda Pilot crossover, so it’s relatively nimble and maneuverable. But its truck bed includes a four-foot-wide flat area that’s perfect for hauling that new grill home from the store.

And that’s just one of the bed’s many tricks. There’s a drainable storage trunk underneath it for chilling your favorite beverages. The Truck-Bed Audio System integrates speakers into the walls of the bed in case Dad wants music to cook by. And the available 400-watt power inverter means he can plug in some kitchen accessories, too.

Chauffeur Dad is down-to-earth. He needs the three-row seating so he can live up to his name, but he doesn’t care about highfalutin’ features or a twin-turbo V8. Sounds like a minivan guy, doesn’t he? If so, the tried-and-true Toyota Sienna is a perfect fit. There’s responsive acceleration from the 3.5-liter V6, and he can even get all-wheel drive, which puts the Sienna on par with crossovers in terms of all-weather performance. Plus, any chauffeur worth his salt has room for his passengers’ luggage. And you simply can’t beat a minivan for cargo space.

Dog lovers tend to be very picky about their car choices and Subaru seems to know what makes them tick. What makes the 2016 Forester such a strong bet for dogs? The large, boxy cargo area certainly helps. It’s a great size and shape for carriers while giving uncaged dogs plenty of room to roam — within the limits of their belts, to be sure. It also gets points for its tall, airy cabin with big windows that create an open feel for dogs and their humans alike. Additionally, Dog Dad will likely dig the Forester’s standard all-wheel drive and available turbocharged power.

The all-new 2017 Audi Q7 doesn’t come cheap, but Techie Dad is used to paying a premium for the latest gadgets. The three-row Q7 is full of them, and it all starts with the “virtual cockpit” instrument panel, which is essentially a high-resolution computer screen that takes the place of traditional gauges. You still get virtual gauges, of course, but they’re dynamically resizable depending on the mode you’re in, and infotainment functions like navigation and music can expand to fill the center portion of the screen. It sounds distracting, but it’s actually better than having to look at a screen in the center console, and the user interface becomes intuitive in short order. Throw in standard supercharged V6 power, Quattro all-wheel drive and a cloudlike ride worthy of a Mercedes S-Class, and Techie Dad will be actually — not just virtually — thrilled. 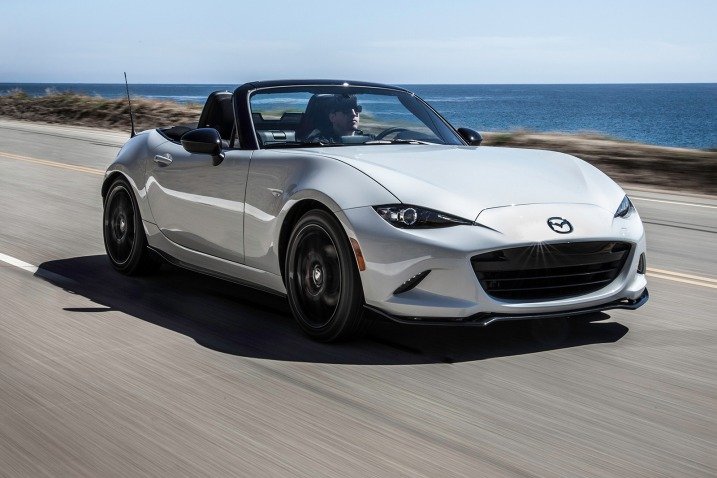 We’ve all met Fun Dad. He’s the one who always has a cool car hiding in the garage, or lurking tantalizingly under a cover in the driveway. He’ll take you out for a ride and show you how thrilling driving can be.

Alas, not all dads can afford a classic muscle car or sports car. And anyway, old cars aren’t always what they’re cracked up to be. Maintenance costs and out-of-service days are nobody’s idea of a good time. But the Mazda Miata continues to provide classic sports-car excitement in a modern, reliable package that comes with the same warranty as any other Mazda. The current Miata is the quickest yet, and the strong midrange torque might surprise those old-school Fun Dads who thought Miatas were gutless.

Handyman Dad is a truck guy, but one who needs more brawn and capability than Chef Dad: He’s not so concerned about integrated bed speakers. What he wants — and needs — is a good old-fashioned pickup truck, and the Ram 1500 EcoDiesel continues to offer a unique value proposition. It’s got the smoothest ride of any half-ton truck, thanks to a coil-spring rear suspension, and its 3.0-liter turbodiesel V6 engine pumps out 420 lb-ft of torque, which helps nab an impressive 9,210-pound tow rating. What’s more, the diesel option gives you a remarkable 23 combined mpg, including 28 mpg highway. That’s unheard of in a big truck. He’ll also like the ultra-handy RamBox bedside storage system, and the Ram 1500’s interior. It’s attractively designed and full of useful bins and cubbies.

Do you know a dad who loves to go camping? A dad who’s always teaching the next generation about nature and how to interact with it? Of course, he enjoys a good off-road adventure en route to the campsite, too. That’s Wilderness Dad, and for him, the iconic Jeep Wrangler is a no-brainer. Almost no vehicle can match the Wrangler’s trail-busting prowess straight off the showroom floor, and the world of aftermarket products is ready with countless modifications for even more performance. Is this Jeep civilized? Not remotely. And that’s just part of its rough-and-tumble appeal. We love that Jeep still offers a manual transmission for purists, and there’s also a four-door Unlimited version for Wilderness Dads with bigger broods.