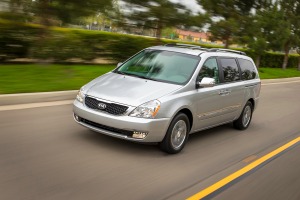 “The secondary hood latch may bind and remain in the unlatched position when the hood is closed,” NHTSA said in its recall summary. “If the primary latch is inadvertently released and the secondary latch is not engaged, the hood could unexpectedly open while driving, increasing the risk of a vehicle crash.”

A Kia spokesman did not respond immediately to a query from Edmunds asking if there are any injuries, crashes or fatalities linked to the recall.

Kia dealers will replace the secondary hood latch or clean and lubricate the latch, depending on the vehicle’s geographic location and the condition of the latch. The recall is expected to begin on July 25. Owners can contact Kia customer service at 1-800-333-4542.

Edmunds says: This recall does not begin for several weeks. Owners with an immediate concern should contact their dealer now.