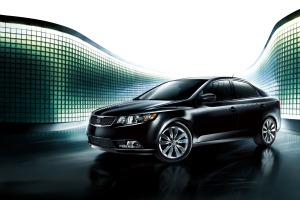 WASHINGTON — Kia Motors America is recalling 5,245 2013 Kia Forte vehicles because of a front seatbelt problem, according to the National Highway Traffic Safety Administration.

Kia told federal safety regulators it became aware of the concern on September 28, 2015 when a customer posted on social media that a metal piece from a seatbelt assembly lodged in a child’s leg during a crash.

Since then, Kia has received one customer-assistance case center report about the problem and zero warranty claims, it said in a chronology of the recall.

Kia dealers will inspect and replace both front seatbelt assemblies, as necessary. The recall is expected to begin on June 30. Owners can contact Kia customer service at 1-800-333-4542.

Edmunds says: Owners of these vehicles should be ready to make a service appointment to fix this problem in a couple of weeks. If you have an immediate concern, it’s best to contact your dealer now.