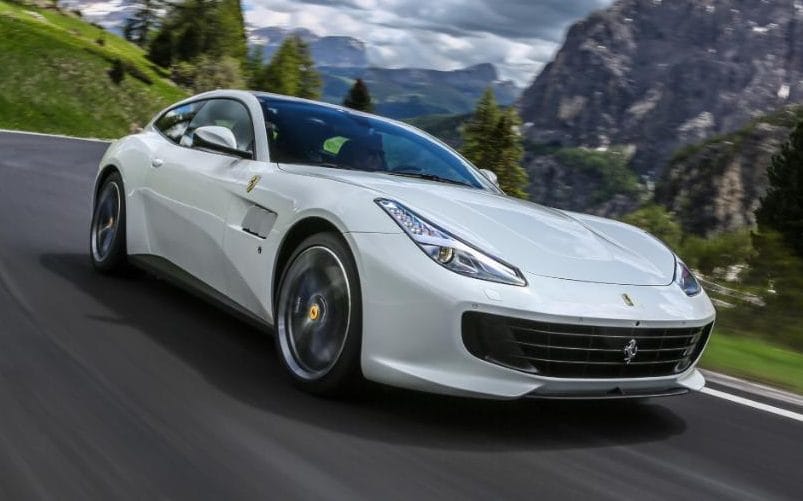 When the editor told me I was going to drive a Ferrari GTC4Lusso, I thought it would be one of those old-school, more-power-than-handling Sixties beauties, before clanging back to earth like a prancing horse into a ha-ha. Under new capo-di-capo, Sergio Marchionne, only the names have changed and the GTC4Lusso is basically a facelifted FF, where 4 refers to the number of seats, apparently.

FF? Let me remind you. In 2011, this was Ferrari’s attempt to get a slide on the even-then burgeoning SUV market with a shooting brake. The derivatives of this body style are disputed, but while they can be utterly gorgeous cars, they aren’t easy to get right. Most designers worth their salt will have a shooting brake sketch in their plan chest, for these are much loved cars, but the general consensus is that Ferrari blew it with the FF. It was too fast, too small and too impractical.

That said, in five years, Ferrari claims to have sold almost 6,000, with Britain taking its typical 10 to 12 per cent, though in spite of claims that the cars are driven farther and more often than typical Ferraris, I have never seen one on the road and the DVLA website suggests that by the end of last year, there are just 216 FF models registered for use in the UK.

You should never say never in the motor industry, but Sergio Marchionne has said that Ferrari will not build an SUV. “This is as near to an SUV as Ferrari will do,” said one insider, although this facelifted car gives Ferrari another five years of development and watching time if it chooses the contrary.

Based on the same aluminium-alloy spaceframe, the new GTC4’s shape is recognisably similar to the FF’s, but it’s set is more forward, with wind-cheating scallops in the lower doors and a defiant roof spoiler to improve aerodynamics. Sitting on stark five-spoke alloys, it looks sharp, curvaceous and purposeful, but those huge wing vents are almost caricature-like. Is there too much bonnet? Possibly and a few inches stolen off the front might have given more balance as well as freeing up a bit of boot space, which remains the same at 450 litres with the rear seats up, 800 with them folded.

There’s slightly more leg room thanks to heavily scalloped front-seat backs and a full six footer can sit comfortably, if snugly in the back. Despite, all this, however (and here’s the rub), the rear suspension takes up a lot of boot space and as a result you’ll fit guns, cartridges, weather gear and a couple of pairs of gum boots, but the dog will have to travel separately.

The cabin is deceptively simple, with each feature standing out like an island in a sea of stitched leather. Most noticeable is a huge new touchscreen, which sits like a small telly in the centre of the dash with switch panels for it and the heating, almost hung off the dash below. The rest of the centre console is mainly storage, which is practical, but forces a lot of responsibility on to the individual switches, which can appear overly complex.

The New Delphi-supplied in-car entertainment is good, with clear graphics and a logical control sequence, but there’s no WiFi connectivity, which is rapidly becoming de rigueur and our satnav malfunctioned, twice. Similarly the entire driveline system shut itself down, demanding to be taken to a dealer. Ferrari suggested that low battery voltage as a result of slow running through South Tyrol might have been to blame. “Go faster” is an unusual response to electrical gremlins…

To meet the criticisms that the old model was too powerful, Ferrari has, erm, given the GTC4Lusso more power. With a higher compression ratio and redesigned cylinder head, pistons and exhaust manifolds, the revised 6.3-litre V12 produces 681bhp and 514lb ft of torque, giving the same top speed of 208mph and slightly improved 0-62mph in 3.4 seconds. Fuel consumption gains 0.5mpg to 18.8mpg and CO2 emissions are reduced by 10g/km to 350.

The rear-mounted, seven-speed, twin-clutch transaxle is unchanged, as is that extraordinary power-take-off 4×4 system. This helical-cut, hydraulically controlled gearbox runs off the front of the crankshaft. It weighs 100lbs and has two speeds plus reverse and a couple of Haldex-type clutches. It drives the front wheels when required in first to fourth gears and at speeds below 124mph, after that, the FF is rear-wheel drive only.

New for the GTC is a ZF rear-steering system, an electric-powered ram, which pushes the rear suspension against its bushes to give a couple of extra degrees steering in either direction. 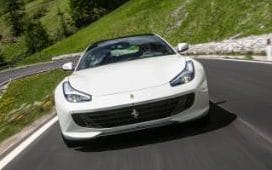 The whole caboodle; electronic diff, rear-steering, four-wheel drive, electronically adjustable damping, torque vectoring and transmission is controlled with Ferrari’s fourth-generation side-slip system to help keep the car stable and agile on all sorts of surfaces and speeds. Ferrari claims there is five per cent more responsiveness (reduction in steering delay) and eight per cent more agility (increase in steering response).

So press the button on the crowded steering wheel and the engine yelps into life. The exhaust cutout works at higher revs to give the car better slow-speed manners, but by that time, your neighbours will be awake anyway. Click the fixed steering wheel paddle back and growl away.

The engine is as docile as a big pussycat around town, with a long-travel throttle and gentle response in Comfort mode. The ride is pretty good and there’s enough ground clearance to have no fear of sleeping policemen.

Speed up and there’s a little lumpiness at the back, a small amount of side-to-side pitching, but this is still a supple grand tourer as it carves through turns. There’s not a lot of feedback, however, and you need to be very gentle with the steering and particularly the brakes, which don’t provide a lot of initial feedback at the pedal.

The engine is magnificent, providing a gurgling, hoarse, basso profundo sound track and then shrieking all the way round to 8,250rpm. There’s so much power and torque that you can leave the gearbox in third right down to walking pace, and the automatic gear changes work smoothly, too.

And then you stand on it, and on the dry, grippy mountain roads of the launch route, the near two-tonne GTC4 fair flies. Not light-switch fast like a turbo Nissan GT-R or Porsche 911 Turbo, but gathering speed like a foreign wind, racing inexorably into the next bend, where the brakes provide confidence-inspiring slowing.

Initial turn in to corners at speed is complicated by the rear steering “helping”, which adds an abrupt, twitching sensation. You learn to be gentle with the steering, but what can’t be learned or driven around is the extraordinary leaping and hopping that goes on when the Side Slip Control thinks the back is going to slide wide. Opposite lock only complicates matters so the rear wheels steer one way and another as you add and take away lock. 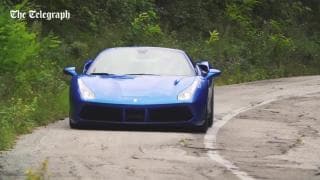 This problem with rear steering is not Ferrari’s alone, but if it doesn’t work why have it? We are happy to accept that rear steering might work at lesser speeds and on less grippy surfaces, but this feels like an SUV driveline in a high performance super coupé and I’m not sure that’s what Ferrari was seeking here.

Like its predecessor, the FF, I wanted to love the GTC very much. The world needs more high-performance shooting brakes, but while the GTC is likely more stable on slippery roads, it doesn’t steer or corner as well as its predecessor on dry surfaces and for that reason, this formerly five-star car has just lost one.

Verdict: Full marks for doing it, for the world needs more shooting brakes, but while the design is super, the execution isn’t. Still hard not to love, but it could have been a simpler and better car.

Other cars to consider 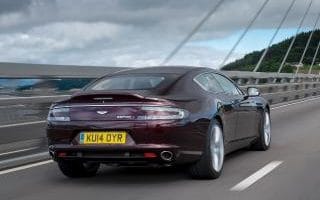