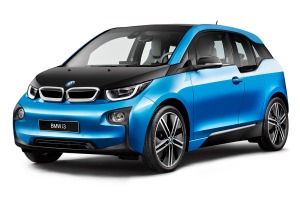 The price does not include state or federal tax incentives.

WOODCLIFF LAKE, New Jersey — The 2017 BMW i3 (94 Ah), a new version of the electric hatchback with a more powerful battery and a longer range, is priced at $44,595, including a $995 destination charge, BMW of North America announced.

The i3 (94 Ah) comes as a pure battery-electric model or as a range-extended model, with a 38-horsepower 650cc two-cylinder gasoline engine that acts as a generator to keep electricity flowing to the battery. The i3 (94 Ah) with the range extender is priced at $48,445, including shipping.
rolex replica
In comparison, the base 2016 i3 starts at $43,395, including shipping.

Deliveries are expected to start soon at BMW dealerships.

BMW estimated a combined city/highway range between charges of 114 miles for the pure battery version of the i3 (94 Ah). Final EPA figures have not been released.

Edmunds says: Car shoppers can expect to pay $1,200 more for the 2017 i3, compared to the 2016 model. But the increased price comes with improvements that should make life easier.