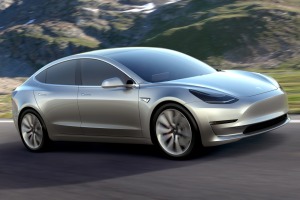 Use of the Supercharger network, with most stations located off highways between major cities, is a free benefit for owners of Tesla’s other electric vehicles, the Model S sedan and Model X SUV.

But offering the free service is not economically viable for the lower-priced Model 3, Musk told the assembled shareholders.

“Free supercharging fundamentally has a cost,” he said. “The obvious thing to do is to decouple that from the cost of the Model 3. So it will still be very cheap — and far cheaper than gasoline — to drive long-distance with the Model 3, but it will not be free long-distance for life unless you purchase that package. I wish we could, but in order to achieve the economics, it has to be something like that.”

Musk did not go into detail about what would be included with that package or how much it might cost.

He continued: “I want to emphasize that Tesla’s motivation is to make electric transportation as affordable as possible. That is what has informed all our actions. So if we charge for something, it’s not because we want to make it more expensive, it’s because we can’t figure out how to make it less expensive.”

Musk and Tesla’s co-founder and chief technology officer, J.B. Straubel, concluded this segment of the meeting by noting that the Supercharger stations are intended to extend a car’s range on long trips, not for routine charging, even though some owners have gotten into the habit of driving to local Supercharger locations and waiting for their batteries to top off.

Electric vehicles bring with them a paradigm shift when it comes to refueling, said Musk.

EV owners should not routinely go out to a charging station, as they did with gas-powered models, and waste time waiting for the car to recharge. Instead, they should charge them at home or at work, as they do with cell phones.

Edmunds says: When a price is announced for the Supercharger package on the Tesla Model 3, potential buyers will need to factor the cost into their purchasing decisions.