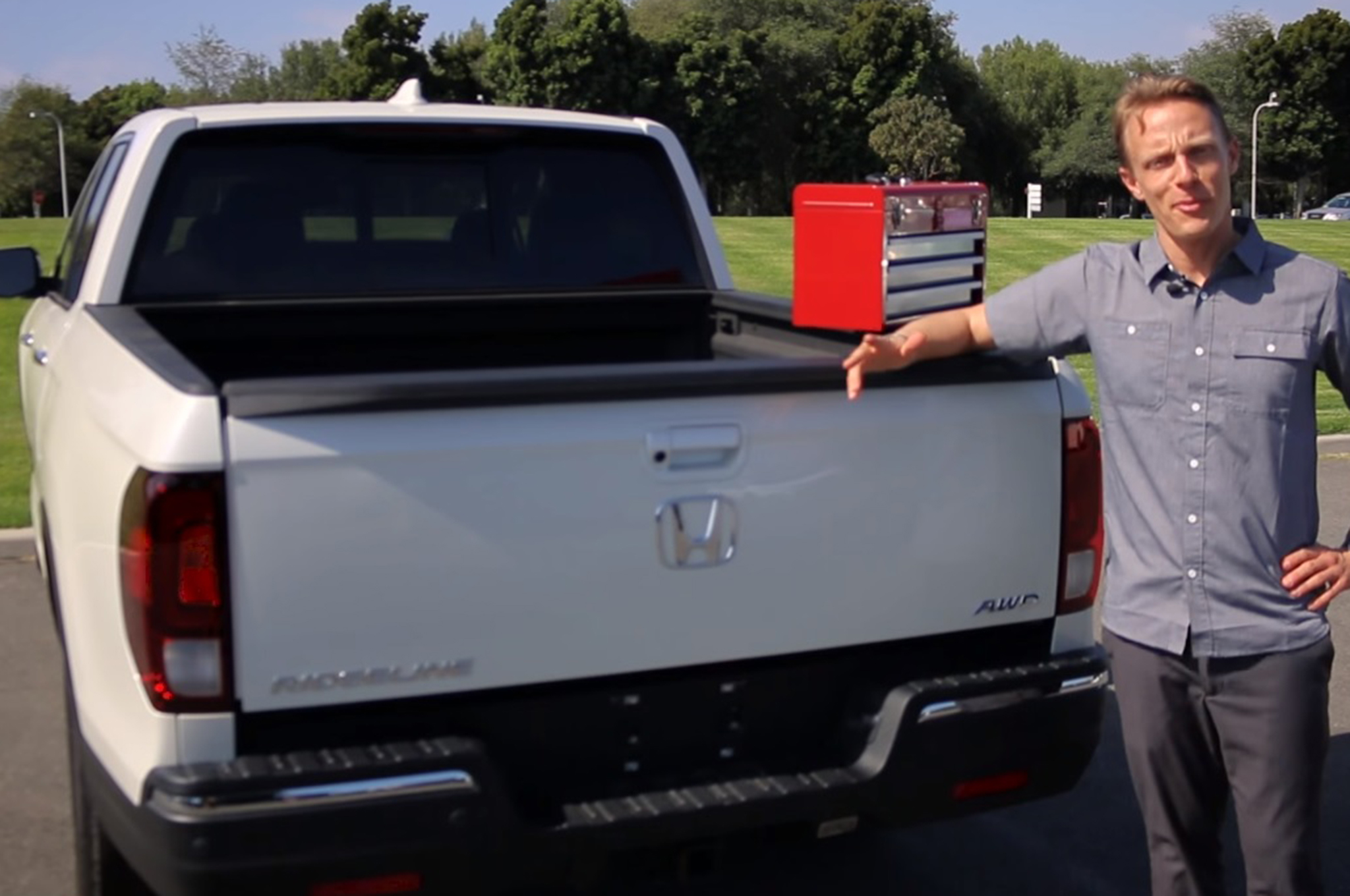 Honda today released another video to demonstrate how tough the truck bed is in its new 2017 Ridgeline. It’s a follow-up to a previous test where the automaker dropped 60 heavy stones into the Ridgeline’s composite bed, which resulted in minimal damage to the surface. This time around, Honda pushes a toolbox (filled with tools) off a side rail’s edge, making for a hard landing on the bed.

Following the test, the video zooms in to show the area where the toolbox landed, with the presenter claiming there was “very minor, if hardly any damage, at all to the truck. Actually, probably a little bit more on the toolbox.”

Honda produced these videos following an ad by Chevrolet that demonstrated the toughness of the steel truck bed in its Silverado compared to the aluminum one in the Ford F-150. Chevrolet performed the aforementioned tests on both trucks, which resulted in more damage to the Ford than the Chevy. Chevrolet performed the toolbox test 14 times on both trucks. In the video, the Ford suffered from bed punctures in 13 of the 14 tests. Meanwhile, Chevy claimed the Silverado only suffered from minor dents and two “pinhole punctures.” The toolbox in Chevy’s tests weighed 28 pounds. Honda didn’t disclose the weight of the toolbox used in its test.

Honda points out that the Ridgeline’s composite truck bed is standard equipment. Meanwhile, the Silverado and F-150 do not come standard with bed liners, something a majority of owners opt for anyway. Check out the Ridgeline’s truck bed video demonstrations below.

2017 Honda Ridgeline Shows Off its Truck Bed Toughness Once Again