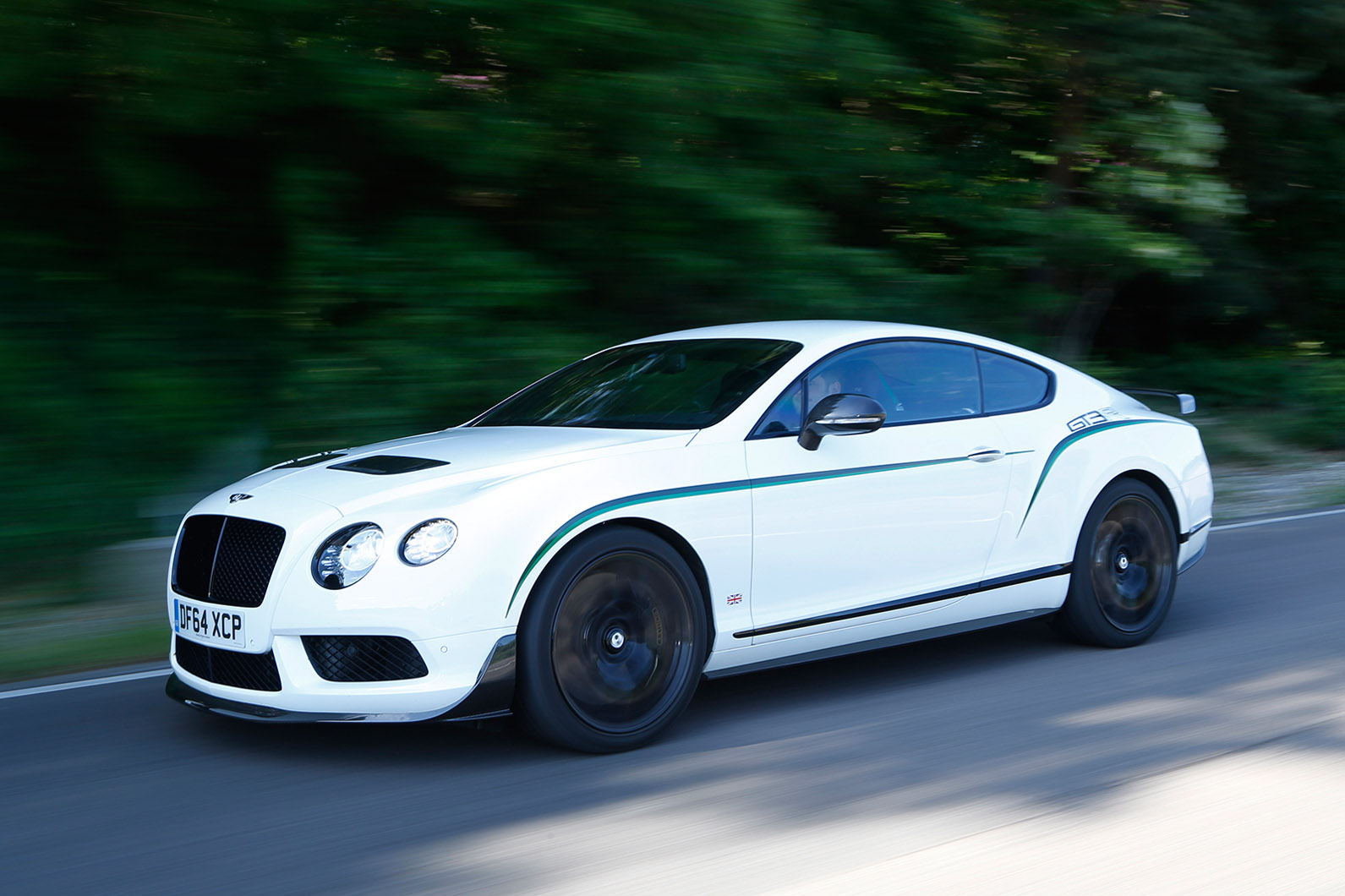 The subject of this road test is emblematic of Bentley’s growing confidence and prosperity. The Continental GT3-R is, in Bentley’s words, “the most dynamic, responsive and involving Bentley road car ever”.

It is also a £240,000 Continental GT. Even a company as illustrious as this needs to be in chest-thumping mode to consider pushing the boat out so far.

But the significance of the GT3-R extends beyond the obvious. It’s now more than a decade since Bentley’s Speed 8 won the Le Mans 24-hour race – an absence from international motorsport evidently considered long enough by Crewe’s top brass and parent company Volkswagen.

That’s because, after being shown in concept form in 2012, the firm’s Continental GT3 endurance racer led it back onto the track last year. Out of the box, it ended an 84-year wait for a Bentley motorsport win on British soil when the Blancpain Endurance Series visited Silverstone.

It also scooped a win in the same series at Paul Ricard, won the Pirelli World Challenge at Miller Motorsports Park in the US and successfully completed an eventful 24-hour race at Spa.

You could call that a successful maiden season. Bentley certainly would. It’s also seen as justification for the introduction of a road-going tribute to that success: the limited-run Continental GT3-R.

The importance of this car is easy to overlook on paper but less so in the metal – at least judging by the motorsport-inspired styling. Crewe has launched extra-punchy GTs before, and both the W12 GT Speed and the old GT Supersports make more power than this. But neither was so single-mindedly designed to deliver speed, agility and driver thrills.

Never has Bentley attempted to make such a purposeful driver’s car as this – and never has it considered one of its cars worthy of an identifier as baggage-laden as ‘GT3’. So what results: a proper track-day car, a piece of two-tonne carbonfibre-clad tokenism, or something in between?