You are here: Home  /  Auto Tech  /  Building a King, a process which involves switching from gas to diesel
Auto Tech

Building a King, a process which involves switching from gas to diesel

That knowledge – along with their skills in scratchbuilding all those tiny details for their modified models – is on full display with this Fifties White 3400 TD and its accompanying trailer.

As if we couldn’t tell from previous scratchbuilt trucks built by the brothers Read, Cliff and Larry, they have a fairly masterful knowledge of trucking history, down to the small but significant details that differentiate one model from the next and one era of trucking from another.  Larry writes:

The White Motor Company introduced their 3000 series of tilt cab trucks in 1949. Powered by a range of side-valve six-cylinder gasoline motors, they were quite advanced for their time but, as the 1950s progressed, the explosive growth of smooth interstate highways in North America made production of a faster, more powerful, economical, diesel-engined truck a necessity if White wanted to remain competitive.

They responded with Cummins-powered highway tractors, the largest being the 3400TD (tractor/diesel) incorporating the NH220 motor. It was adapted to the existing 3000 chassis by tilting the engine, raising the cab and passenger seat and mounting two radiators behind the cab. A series of pulleys, belts and shafts were employed to drive a pair of fans to cool the big Cummins. In period advertisements, White proudly referred to this tractor as “King of the Highway.” 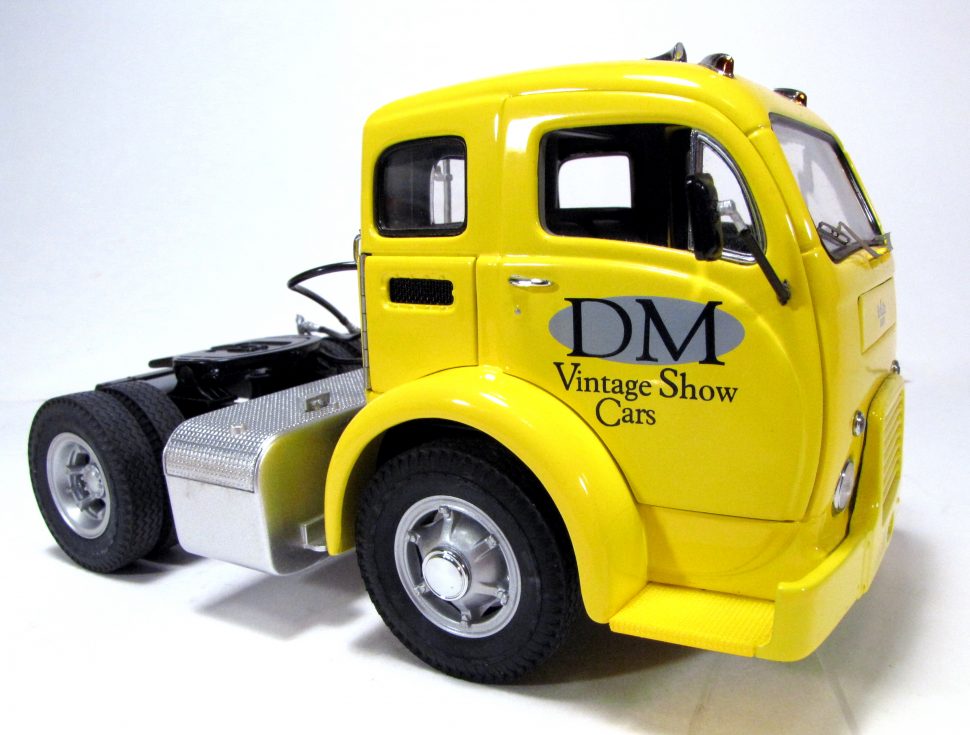 As a child and then as an adult, I’ve collected toys, models, and kits of various White 3000s but I have always wanted to build an effective model of the “King.” That came to fruition a few winters ago with a solid three months of scratch-building effort. A damaged 1/24-scale Danbury Mint 1952 White 3020T tractor served as the basis for this model. Reference material included period brochures, owner’s and service manuals and a copious amount of original factory photos. 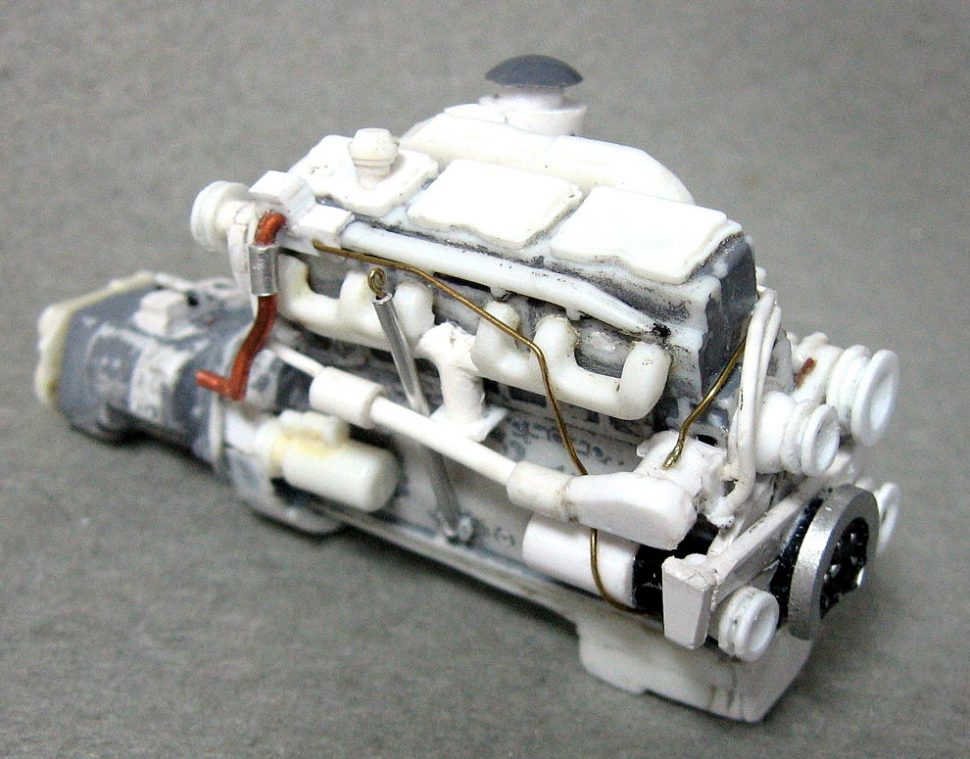 The front section of the cab, doors, fifth wheel, transmission, parts of the interior, wheel centers and rear axle were retained but little elsRolex Replica Watchese. Chassis, sleeper unit, steering axle, mirrors, lower grill, sanders, wiring and pneumatic plumbing, complete trailer frame and landing gear were done in brass. Interior floor, trailer deck, spring leaves, and wheel rims are styrene plastic as is the entirely fabricated canted Cummins NH220. Fuel tanks and a few small bits are copper. As can be seen in the photos, the trailer was completely scratch built out of brass and styrene plastic. 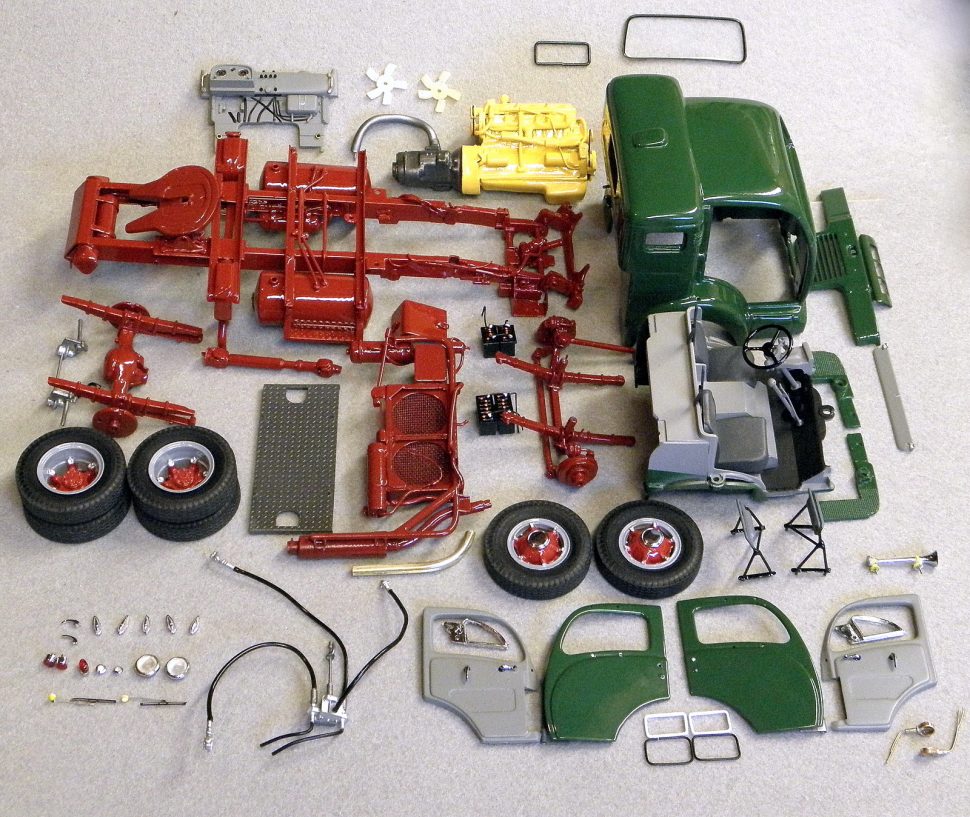 The model’s main assemblies were finished in the original truck’s standard production colors of green cab, red chassis, and Cummins yellow (gold) engine using automotive two part base coat/clear coat paint. Testors, Tamiya, and Humbrol brush paints were used for small details. Happily for me, the effort and focus paid off in a model that is durable, has many working features and comfortably fulfills a particularly long term desire. 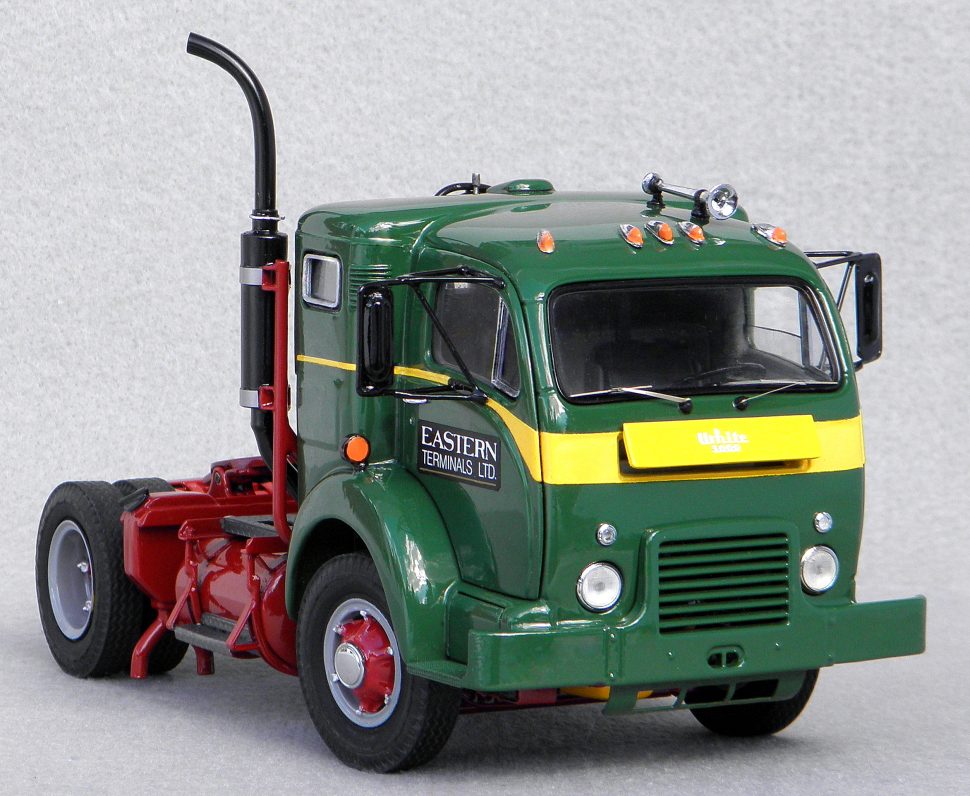