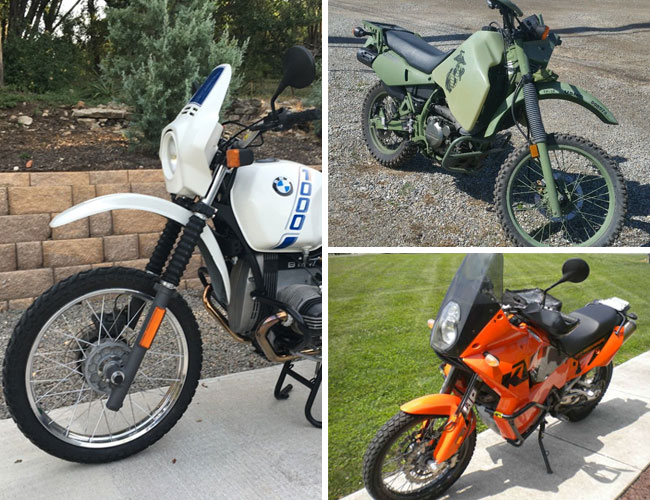 Here are some vintage adventure motorcycles. 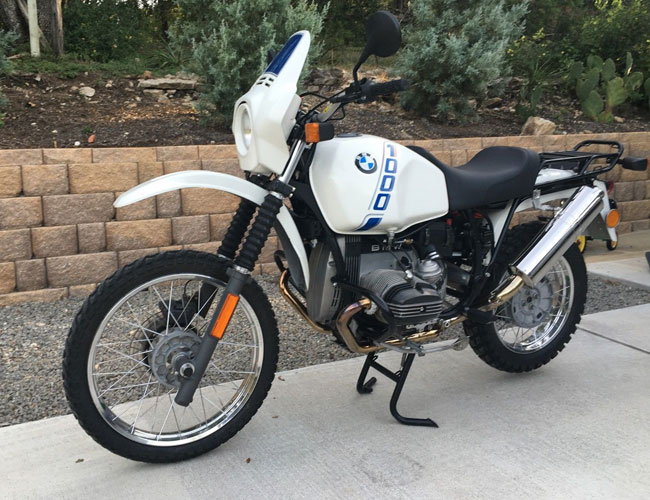 What we like: The successor to the legendary R80G/S that dominated Dakar in the ’80s, the R100GS essentially made the old G/S even better, getting a bump in engine size, as well as upgraded fuel capacity, suspension and a “Paraleaver” drive unit, which negates the tendency for the rear of the bike to lift under heavy acceleration — a negative side effective of shaft-driven motorcycles.
From the seller: “All repairs completed by Max BMW and Revival Cycles. If there is a nicer one I have not seen it.” 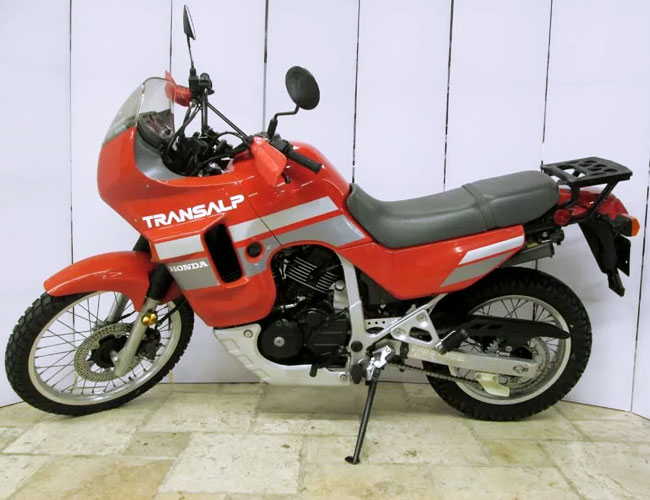 What we like: The Transalp, like many great bikes from Honda’s lineup during the ’80s and ’90s was short lived, and only sold in the US from 1989 to 1991. Aside from being one of the early forbearers of the modern adventure bike, it had Honda’s bullet-proof reliability and — compared to the large ADV’s of today — had a smaller frame with a modest 55 horsepower coming from a compact 583cc V-twin.
From the seller: “Low miles; excellent condition for its age.” 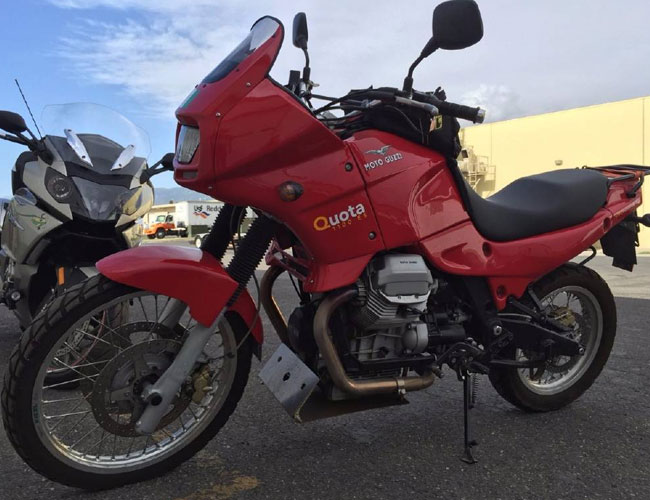 What we like: Almost every bike Moto Guzzi churns out has an affable quirkiness, and the Quota is no different. Powered by Moto Guzzi’s torquey V-twin, the Quota is a fairly tall and heavy bike, but it’s lauded for its smooth drive and relatively solid reliability. Yet, if it’s rarity and looks you’re going for, those are perhaps its biggest draws.
From the seller: “Venerable air-cooled, two-valve, 90-degree, longitudinal V-twin. Suspension is by Marzocchi with a 42mm fork up front. Brembo brakes and two sets of tires. One brand new Luggage cases included but not installed.” 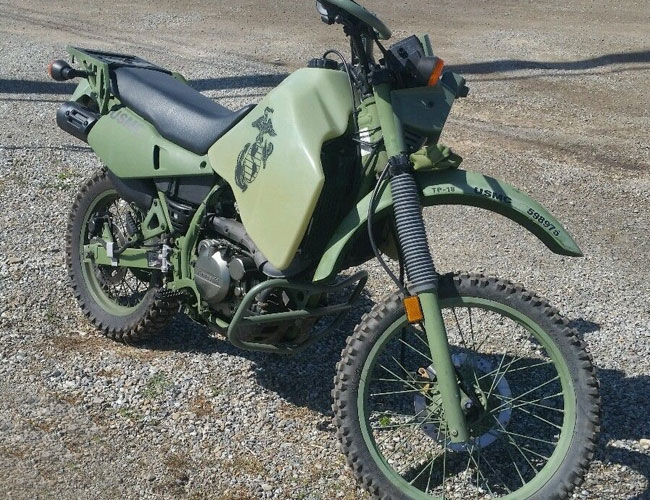 What we like: Above all, the KLR650 has proven to be an affordable, simple and ultra-reliable dual sport since it was first built in 1987. It’s why the bike is still in production today with relatively few alterations, and also why the US Military has used it in conflicts in the Middle East. While many KLRs were converted to diesel, the M1030B1 for sale here is a gasoline model, but with an bigger fuel tank than the civilian version (six gallons, versus 2.8), making it ideal for longer trips off the grid.
From the seller: “Bike is super rare and in perfect condition. It has the original stenciling from when this motorcycle was issued to the Marine Corps. ” 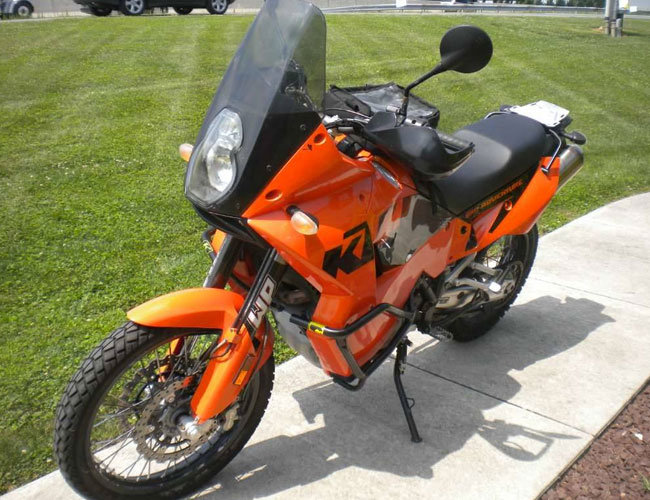 What we like: By the time it was first released in 2002, KTM had already spent 10 years planning and designing the 950 Adventure, and it had already won the Rallye des Pharaons in 2001 and Dakar in 2002. With a relatively low weight (454 pounds) for the output of its engine (102 horsepower and 72 lb-ft) it made for one nimble two-wheeler both on road and in the dirt.
From the seller: “The chassis (lowered by about 20mm) and the new, more comfortable seat make the KTM 950 Adventure even more universal than before.”