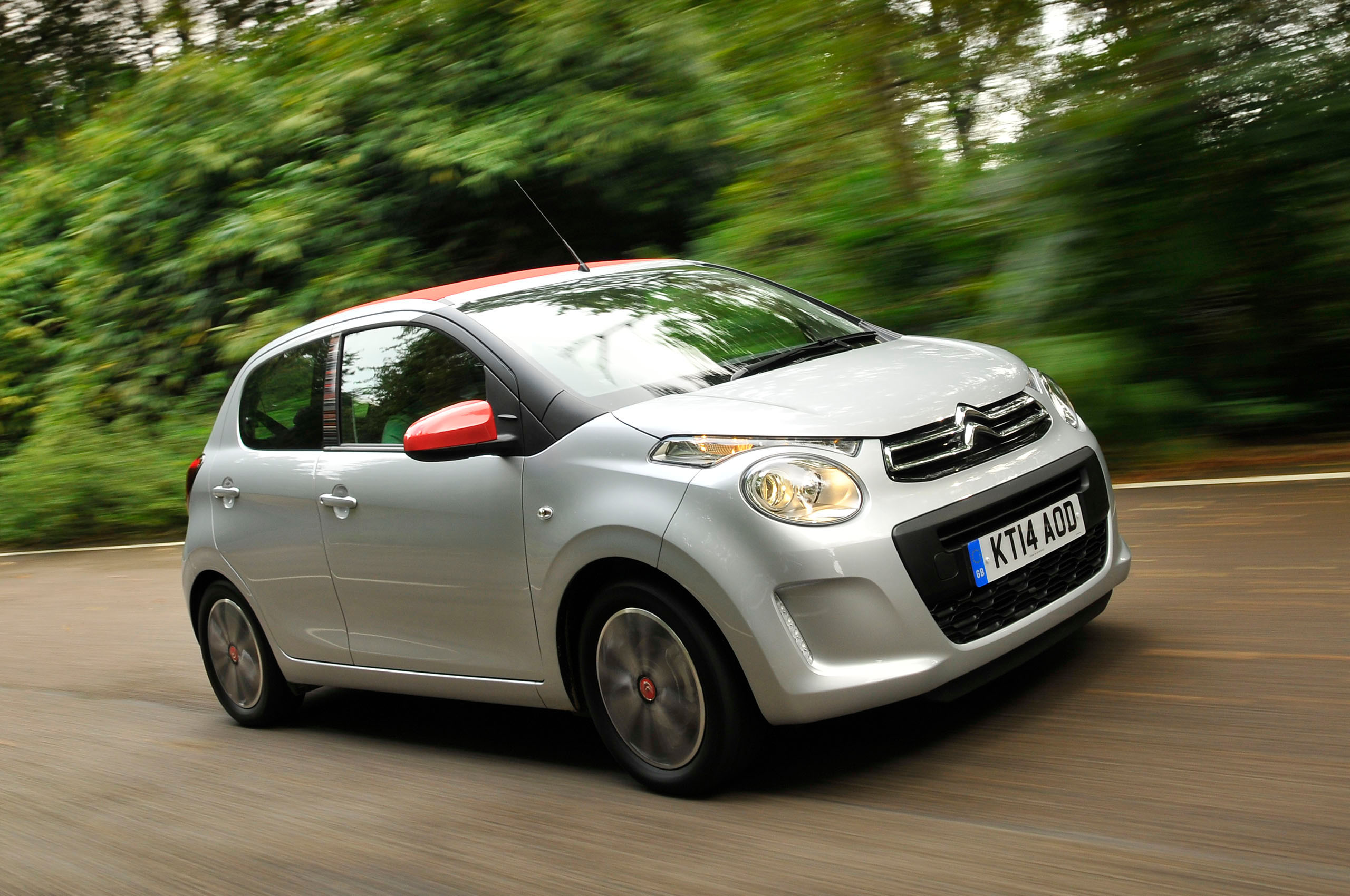 Like its partners Peugeot and Toyota, Citroen has been making hay for nine years with the C1 city car it manufactures in a co-operative factory in the Czech Republic, selling 760,000 cars since 2005.

There have been several facelifts but now it’s time for an all-new body style to go with a set of updated mechanicals: the familiar 1.0-litre 67bhp Toyota-sourced triple is being joined in showrooms by a normally aspirated, 81bhp version of PSA’s 1.2-litre three-cylinder engine, which freshens the offer and gives the car a welcome turn of performance.

Editor-in-chiefThe C1’s compactness makes it agile on the road, with the same bias in corners towards stabilising understeer as the outgoing model

There are three and five-door versions of the new-style model, as before, but Citroen this time adds a fabric-topped variant called Airscape whose full-length canopy rolls back at the touch of a switch.

Top-end models have niceties like a 7.0in touchscreen that allows control of most non-driving functions, plus climate control air conditioning. There are five trim levels, Touch, Feel, Furio, Flair and Flair Edition in order of rising luxury, with only two available on the semi-convertible versions.

The entry-level models get 14in steel wheels, hill start assist, front electric windows, and an audio system with USB connectivity, while upgrading to the Feel trim comes with 15in wheels, air conditioning and a 7.0in touchscreen infotainment complete with Bluetooth and DAB radio.

The mid-range Furio trim gives the C1 sporty additions including a rear diffuser, 15in black alloy wheels and dedicated graphics. The top-of-the-range Flair and Flair Edition models get electrically adjustable and heated mirrors, a reversing camera and a hint of chrome, while the latter gains a two-tone paint job, keyless entry, climate control and automatic lights.

The C1’s chassis is closely related to outgoing cars, but there are important suspension changes such as a twist-beam rear axle assembly, now 4kg lighter than the previous car’s. Springs and dampers are re-rated, and there’s a bigger diameter anti-roll bar.

It also gets hill-hold assist and new, low rolling resistance tyres on either 14 or 15in wheels. It continues to have excellent fuel consumption: the smaller engine is good for 74.3mpg combined, with a CO2 output of just 88g/km and the newer, bigger engine delivers 65.7mpg combined, while emitting 99g/km.

The C1’s compactness makes it agile on the road, with the same bias in corners towards stabilising understeer as the outgoing model. The more powerful, more torquey engine is very flexible and has a new turn of speed, the effects of the suspension revisions are easily detected and the car maintains its poise pretty well on lumpy roads, and pitches less than the outgoing car. It’s a very safe if slightly stodgy handler, whose body rolls more than rivals in corners.

Noise control isn’t the C1’s greatest strength. The Airscape roof allows much racket in, and the car isn’t very good at coping with noisy surfaces either.

And while we’re at it, the powertrain lacks refinement at low speed, vibrating while it waits at lights (the stop/start system in our test car was erratic in operation) and suffering from low-speed shunt plus faint but annoying flat-spots in its power delivery right through the range. A Volkswagen Up or Hyundai i10 does it better.

The new body shape is on the fussy side of okay, but the C1’s new interior, both fascia and seating, looks cluttered and overdone. Equipment is okay, but the hard plastics are a turn-off.

The Citroen C1 has been usefully updated and shows a decent turn of performance, with economy, but it is surprisingly unrefined against the competition.

Luckily it is likely to continue the equipment/price advantage it has held in the class for years. But you certainly shouldn’t go shopping for any other A-segment car until you’ve surveyed the Hyundai i10 and Volkswagen Up. They’re the class of the field.