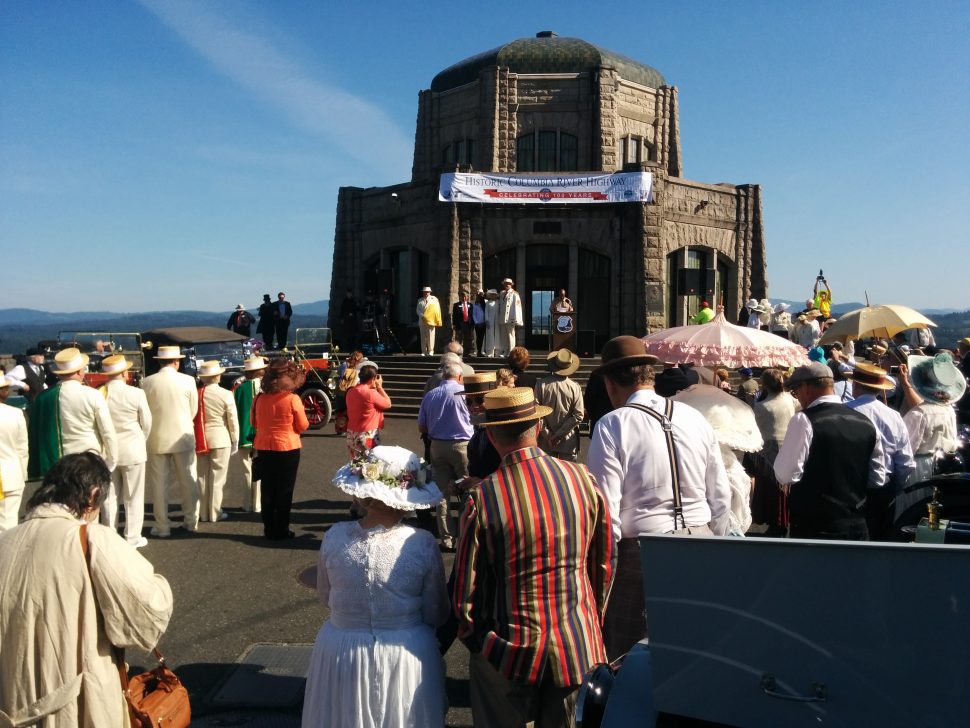 The Columbia River Highway follows Oregon’s Columbia River from The Dalles, outside Portland to Multnomah Falls near Troutdale, a distance of 75 miles. It was conceived before World War One as a scenic route along the river and was constructed between 1913 and 1922. Brass Era and Vintage Era cars along with a biplane and crowds of people in period dress converged on the Vista House in Crown Point, Oregon, June 7 for a 100th birthday party for the Columbia River Highway.

Billed when new as “America’s Great Highway,” the Columbia River Highway was officially dedicated June 7, 1916 in a ceremony that received international attention. Its designer, engineer and landscape architect Samuel C. Lancaster stated that his ambition for the road was that “it will be a highway designed in such a way as not to mar any of the natural beauty God had already put there.” 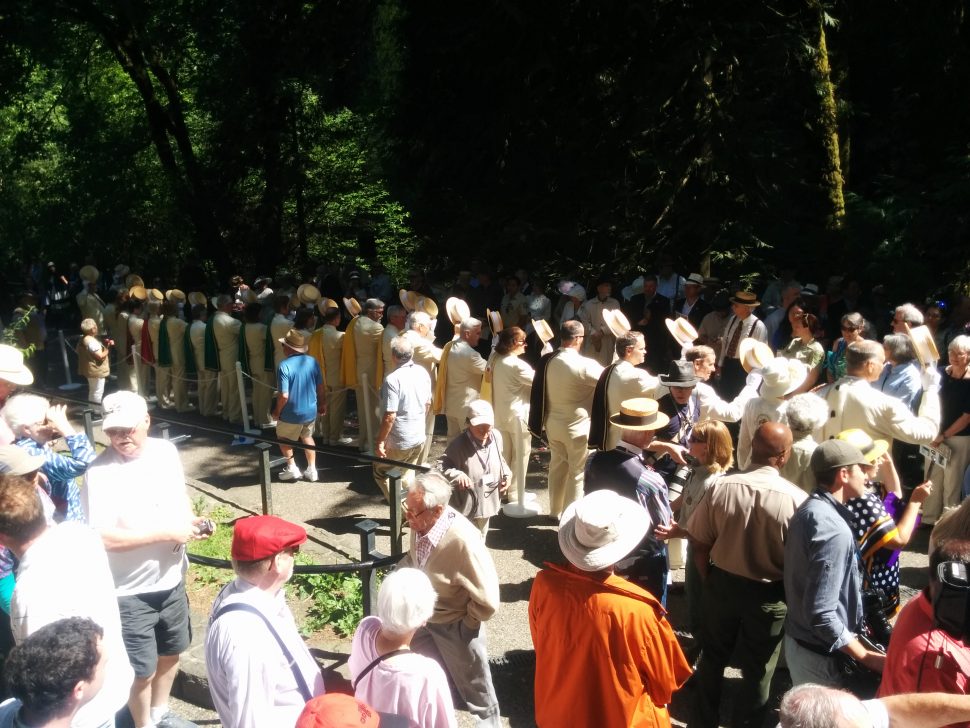 The Royal Rosarians, a special society in Portland that serve as the city’s Ambassadors of Goodwill, and a big part of Portland’s Rose Festival and the city since 1912, salute the Rosarian Prime Minister and Rose Festival Princess.

Progress had begun to overtake the road by the 1930s, however, and the construction of newer highways in the region bypassed and even destroyed the route—most notably the famed Mitchell Point Tunnel, which was bypassed and sealed off in 1954 and totally demolished in 1966. Only in the 1980s was there renewed interest in the original highway and by 1987 a state-backed effort at restoring the highway began.

As of this writing, all but 12 or 15 miles of the highway have been restored, with work to be completed by 2022. There are even plans for a recreated Mitchell Point Tunnel in the works. Additionally, some sections not yet completed are still open to hiking and bicycling. 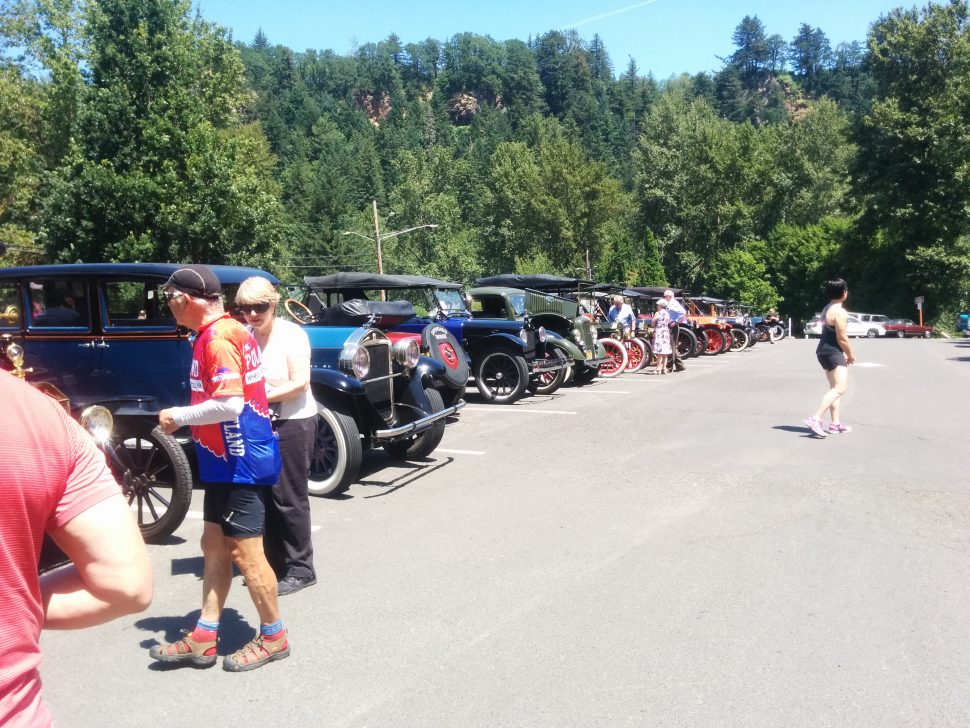 A variety of vehicles from the heyday of the Columbia River Highway participated in a tour to commemorate the road’s centennial.

The photos you see here are from the auto tour commemorating the re-dedication ceremony, which followed the restored route between Troutdale and Multnomah Falls, a distance of around 15 miles. The Tour was organized by the Horseless Carriage Club of America, the Oregon Department of Transportation, the Friends of the Historic Columbia River Highway and other groups.