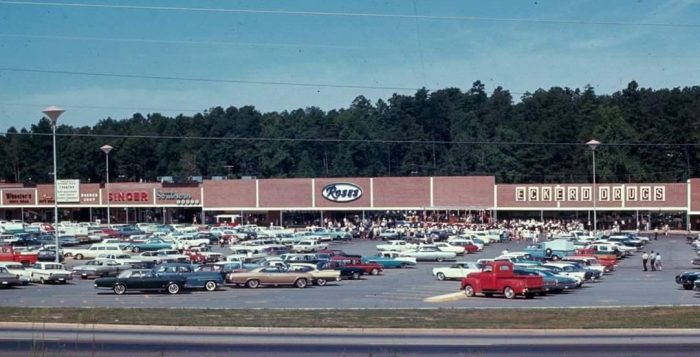 Larry initially thought perhaps the photo could date to the Seventies or Eighties, but on a quick scan we don’t see any vehicles from later than the Sixties in the parking lot, so unless you do see something later (or unless the folks of Gainesville just stopped buying new cars and trucks after the mid- to late 1960s), we’ll go with that decade. What do you see here? Over on our Facebook page, reader Larry Gaddis sent along today’s carspotting photo depicting Sherwood Plaza in Gainesville, Georgia.