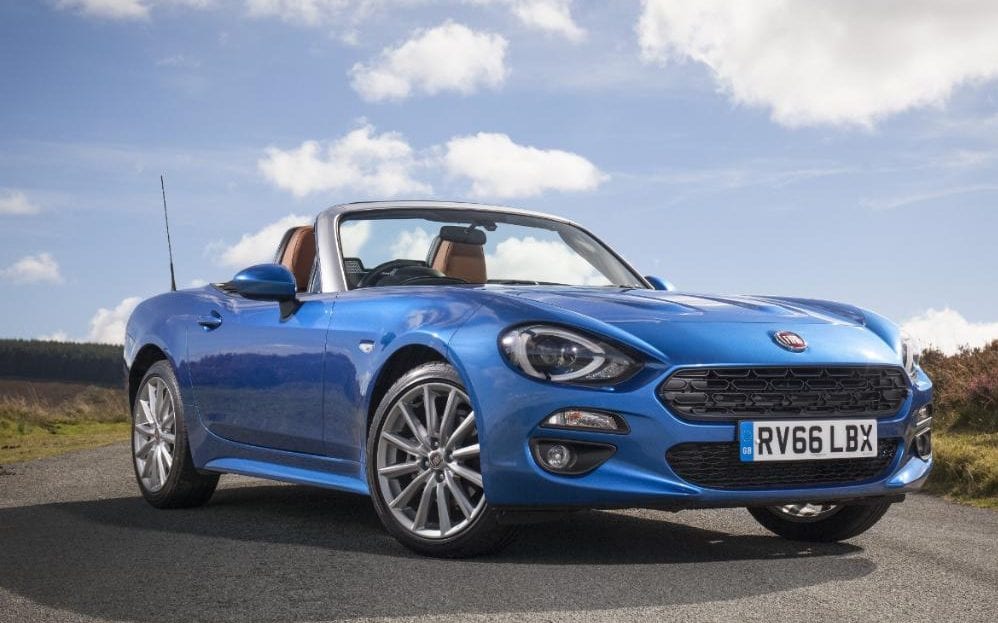 It’s been years since Fiat made a two-seat convertible, and the world has been a worse place for it. The Barchetta – based on the Punto and powered by a 1.8-litre engine – rolled off the production line at Chivasso for the last time in 2005, and since then there’s been a roadster-shaped hole in everybody’s lives. In fact, the only real rear-wheel-drive two-seat drop-top of recent years has been the brilliant Mazda MX-5.

Which is actually what this 124 Spider is based on. Mazda ships a virtually-complete MX-5 to Fiat’s facility in Italy, where the engineers tinker with it. It gets a different engine and tweaked suspension, as well as strikingly different body panels. The result is a car that is mechanically similar but very, very different in attitude.

Marginally bigger than a canoe 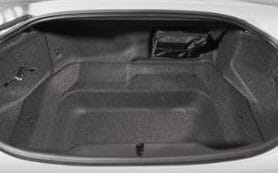 The 124 Spider is, in a word, cramped. Like the MX-5, this diminutive sports car is about as small as it looks on the inside. The seats are adjustable, but offer nowhere near enough travel for tall drivers to be comfortable on long journeys. And combined with the limited steering wheel adjustment, many people at or above the six-foot mark will be forced into an unusual driving position. What’s more, putting the roof up makes the cabin feel gloomy and cheap.

Limited storage compartments around the car further restrict practicality, but this isn’t designed as an everyday utility vehicle. As a two-seat roadster, the 124 Spider just about meets expectations – there’s enough room for two compact individuals and a weekend’s worth of luggage, although the interior lacks anywhere to put a large water bottle, and the closest thing you get to a glovebox is a small stowage compartment behind the two seats.

Not enough room for long or girthy drivers Comfort suffers as a result of the cramped interior. The driver and passenger of this two-seater sit very close to the dashboard, and the taller driver has the steering wheel practically between his or her knees. It’s certainly nicer to sit in – and easier to climb in and out of – than the British roadsters of the late 20th Century that the 124 Spider ostensibly draws inspiration from, but larger buyers should remember that comfort is a key compromise with this model.

Fiat’s suspension is different to that of Mazda’s, reflecting the slightly different mindset that went into the car. The 124 Spider’s setup feels soft, but still lets road imperfections into the car. Expect road noise, rumble and the occasional thud on British B-roads.

Inherited from Japan, which in this case is a good thing Fiat has kept the Mazda MX-5’s dashboard largely intact. Dominating the view inside the cabin is the infotainment system (on Lusso spec and above), which has been directly inherited from Mazda.

Everything in the 124 Spider is easy to understand and use, such as the three rotary heater controls and the steering wheel-mounted controls for the stereo. What’s more, the materials used all feel very high quality.

The only minor flaw is that the rotary controller is sited quite far back on the central console, so you have to contort your arm slightly to reach it.

Only a challenge with the roof up Fiat has put a turbocharged 1.4-litre engine in the 124 Spider, which is different from the MX-5’s non-turbo engines. An automatic gearbox is available, but only on the top-spec Abarth version of the 124, which is rather expensive. Other versions of the 124 will receive the same gearbox in early 2017.

This is a predictable car, with plenty of power to overtake lorries on A-roads and the motorway. Due to the behaviour of the engine, the 124 Spider is arguably an easier car to drive everyday than the MX-5 – something we felt grateful for in the car’s relatively vulnerable-feeling driving position.

Even with the roof up, visibility is good; it’s easy to judge where the bonnet ends, while the tip of the stubby boot is actually visible through the rear screen if you hoist yourself up in your seat slightly.

Brilliant roof-down entertainment, but not perfect Get out of town and on to rolling English roads, and the 124 Spider starts to reveal its true colours. Like the MX-5, the 124 Spider likes to be driven hard. But unlike the MX-5, the journey through the gears is rather formulaic. Thrashing Mazda’s 1.5-litre naturally aspirated engine is, in the real world, more enjoyable than soaring swiftly to 60mph using 1.4 litres of Fiat’s turbocharged engine, even if the latter is a predictable source of power. Turbo lag – a delay between pressing the throttle and the engine responding – is definitely present, but doesn’t detract from the driving experience.

Fiat’s tweaked suspension causes the body to pivot in a slightly theatrical fashion. The nose pitches more than you’d expect during braking and acceleration, which, combined with cornering, can put intense focus on to an individual wheel. The 124 Spider rewards enthusiastic drivers in a very characterful way.

If you’re worried about it breaking down, get the MX-5

As most of the 124 Spider is designed and built by Mazda, reliability shouldn’t be much of a concern. However, the engine could prove to be less reliable than its Japanese counterpart’s. Fact is, Mazda has one of the best reputations in the industry for reliability, whereas Fiat’s has historically been disappointing, but as the 124 Spider is a new car it’s difficult to speculate.

Fiats come with a three-year, unlimited mileage warranty, beating Mazda’s cover, which extends to the same three years but only 60,000 miles.

No big surprises for a sports car The 124 Spider’s claimed fuel consumption of 44mpg is slightly short of the best MX-5, and the same can be said of the figures you’ll achieve in real world driving. Where a 1.5-litre Mazda MX-5 will record between 40 and 50mpg, a 124 Spider manages mid-thirties for most of the time.

Not cheap, but there aren’t many competitors

On paper, the 124 Spider costs about £1,000 more than an MX-5, but comes with a more powerful engine and a quicker 0-62mph time. As you work you way up the range, though, the 124 Spider becomes rather less attractive – by the time you reach a top-spec model, the price is similar to that of slightly more serious performance cars.

Relatively high CO2 emissions might worry environmentally-minded people, especially as this pushes up tax costs. But neither the fuel economy figure nor the carbon dioxide emissions are unusual for a sports car – in fact, they’re quite good.

Anti-rollover protection is a standard feature 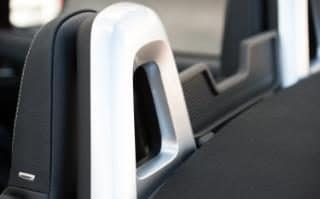 The MX-5 on which the 124 Spider is based scored four out of five stars when tested by Euro NCAP. The model scored highly on pedestrian protection, and reasonably well on adult occupant protection. Anti-rollover protection is a standard feature and should bring some peace of mind given the open-top format of the 124 Spider, but it’s important to remember that convertibles are generally considered less safe than hard-top cars.

And anecdotally, the 124 Spider is a low car, which could make it more vulnerable on the road simply because it’s more difficult for other cars to see.

Worth upgrading to Lusso On top of this there’s a performance tuned Abarth version, which comes with a limited-slip differential and is a much more serious car.

Options you should add: Metallic paint (£500)

The 124 Spider and Mazda MX-5 share so much mechanical DNA that they’re practically the same species. Fiat’s changes, though, do make the Spider tangibly different from a driving perspective, and it’s arguably the better-looking of the two. If you want a perfectly honed, aggressive driver’s car, then look elsewhere, but if you want an open-top delight tuned for spirited B-road blasts then the 124 Spider is worth taking for a test drive.

Other cars to consider 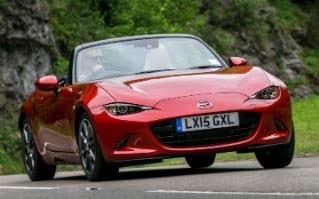 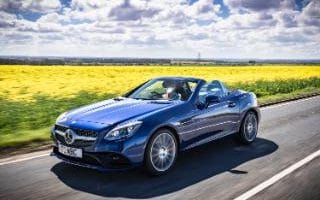