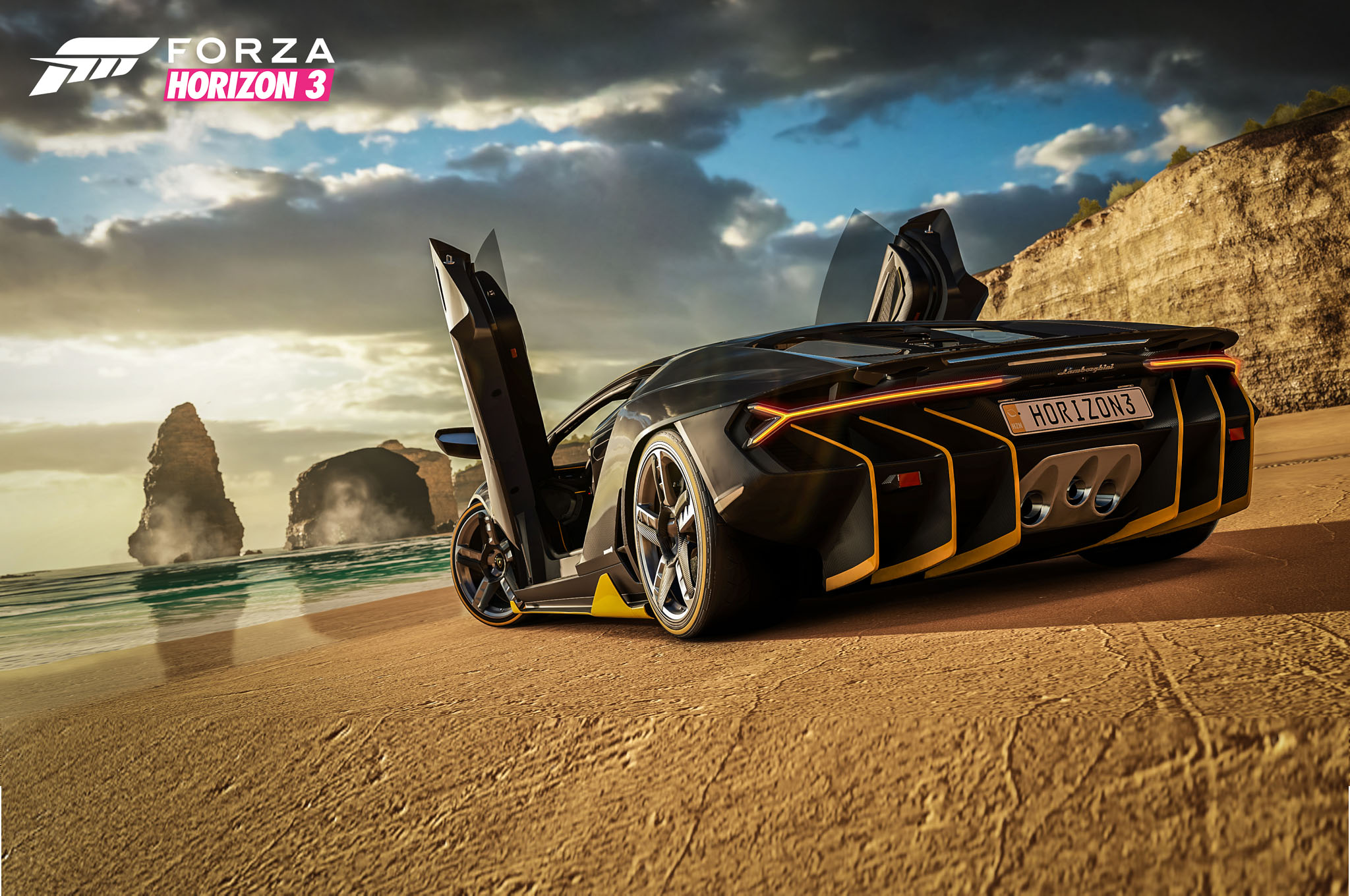 The official trailer for Forza Horizon 3 just dropped today, but you’ll have to wait until September to drive hundreds of virtual cars through Australia.

The next installment of Forza Horizon comes out September 27 and features over 350 vehicles, including everything from sports cars to off-road vehicles. Making its very first appearance in the game is the 2017 Lamborghini Centenario, the 759-hp beast that was revealed only a few months ago. The limited-production car is already sold out, and is alluringly unattainable at around $2 million, but the world of Forza knows no limits.

In Forza Horizon 3, gamers take charge of the Horizon Festival while surrounded by beautiful virtual landscapes, from the desert to the beach. “Make your Horizon the ultimate celebration of cars, music, and freedom of the open road. How you get there is up to you,” the caption below the trailer reads.

Forza Horizon 3 is a “Xbox Play Anywhere” game that allows users to cross-play it on Xbox One and Windows 10 PC. Check out the official trailer below for a sneak peek of Forza Horizon 3.

Forza Horizon 3 Lets You Drive the Lamborghini Centenario in Australia