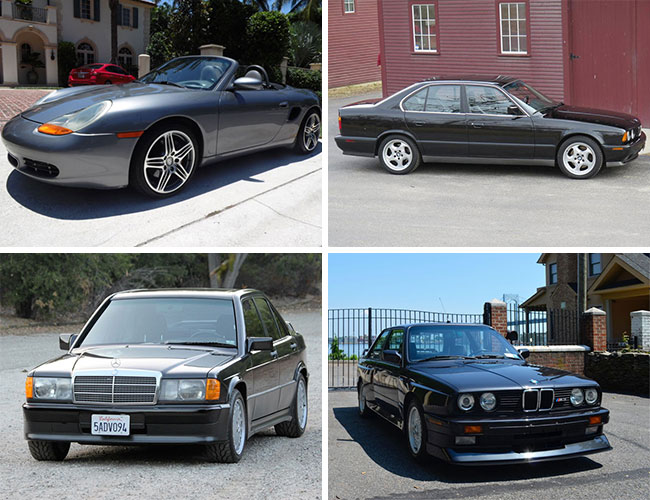 In the late ’80s and into the ’90s, Germany started producing sports cars that quickly became the new benchmark. It can be argued that companies like BMW, Mercedes and Porsche brought the sports car in to the modern age with technologies like traction control and intelligent suspension. The best sports cars from the last decades haven’t always originated from the same country. In the ’50s and ’60s the Brits and Italians ruled the market; then, in the ’70s, Japan took over.

Some were so incredible, in fact, that performance cars coming off the production line today are still compared to the 30-year-old titans. Unsurprisingly, some of the definitive Deutsche autos are becoming collector’s items, so now’s the time to pick one up and experience a slice of history for yourself. 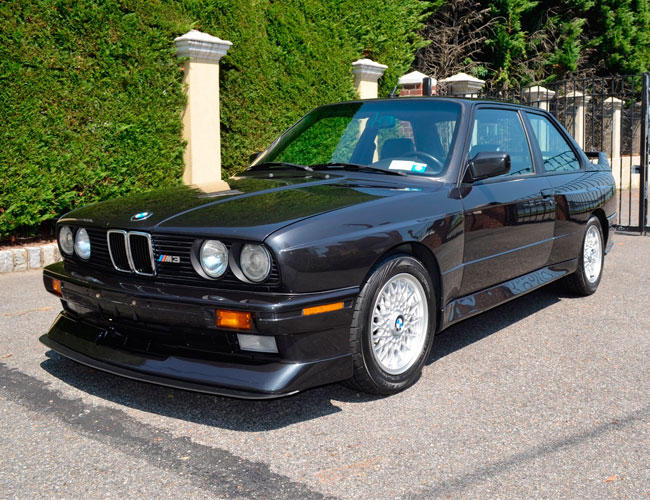 What we like: Since it hit the road, every iteration of the M3 has been seen as the industry standard for a performance car — but this one is Genesis. First-generation M3s are becoming harder to find; if you can get your hands on one, you’ll see why it’s so highly regarded: it’s driving in its purest form.
From the seller: “This example features a number of upgrades, including an Evo II front spoiler, Turner chip, and Supersprint exhaust. Recent work includes an A/C overhaul, paint correction, and suspension upgrades detailed below. The car is described as mechanically sound with up-to-date maintenance.” 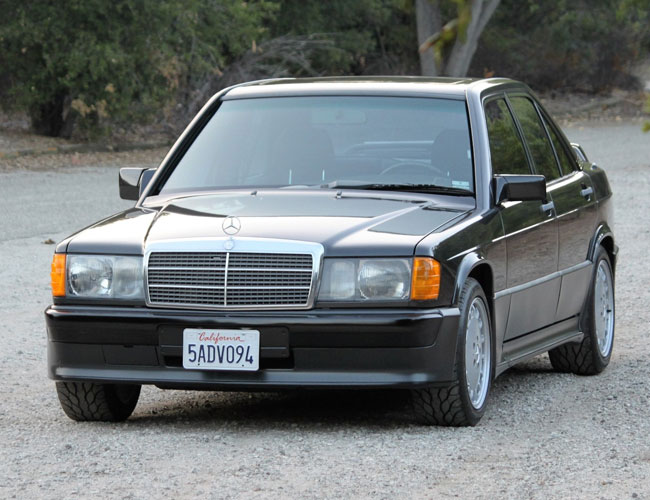 What we like: It’s Mercedes’ answer to the M3 and though it lived in the Bimmer’s shadow, it was still a damn fine sports car. The dog-legged first gear only adds more character.
From the seller: “This 1986 Mercedes-Benz 190E 2.3-16 has been with the seller for six years and was purchased as a BaT Exclusive in 2010. The seller has added about 17k miles and the car now has 146k total miles. This example benefits from upgraded front brake calipers and R129 SL wheels.” 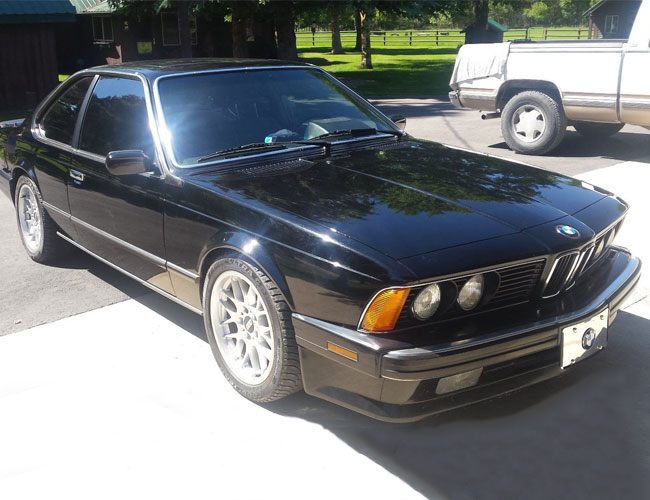 What we like: The performance of the original M6 was way ahead of its time, while the design and “shark-nose” styling are pretty much timeless. Older examples of the M6 are becoming increasingly more rare, so even one that’s in so-so condition is still worth a look.
From the seller: “There are only 319 of these made for the United States. This car is garage-kept and not driven in bad weather.” 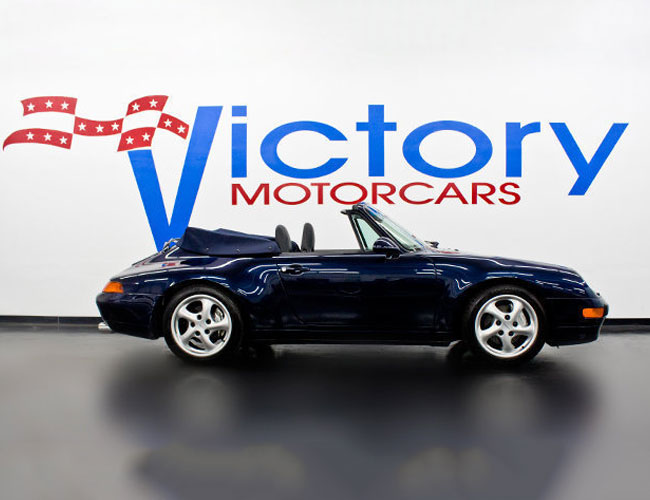 What we like: The 993 is credited as the first modern 911, taking tech from the incredible 959 supercar, like traction control and AWD. It’s also the last of the air-cooled Porsches, making it an instant classic.
From the seller: “This 1995 Porsche 911 C4 Cabriolet has a 3.6-liter rated at 272 horsepower when new and a 6-Speed manual. 101,198 original miles.” 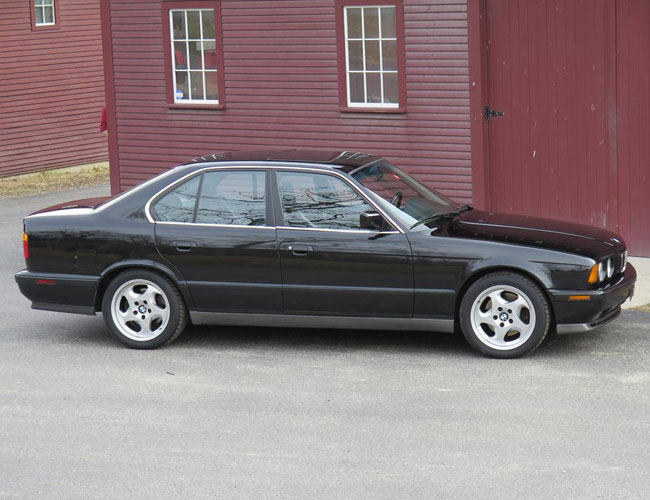 What we like: You may be noticing a trend here. BMW’s M cars have always dominated their segment, so it would be a disservice to not include the M5. This one may be a second generation, but that’s because the original M5s are almost at unicorn status, with the the second gen not far off.
From the seller: “This is a very well-cared-for, late-production E34 BMW M5 that’s fast becoming a well-regarded collectible car. This is the last of the handmade BMW’s and is one of the most solid and robust cars I have driven.” 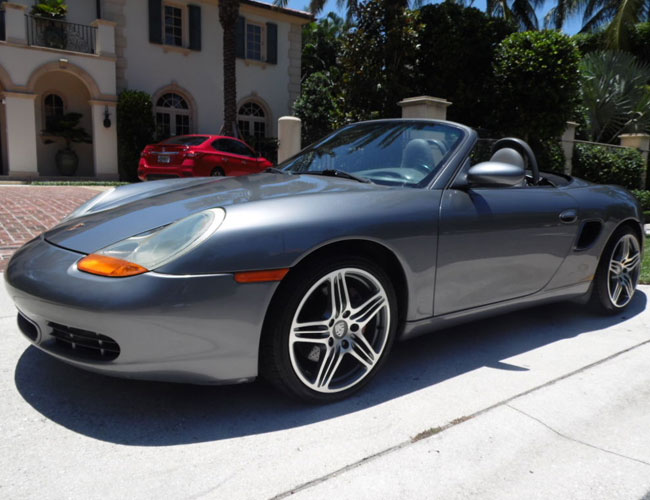 What we like: The first-generation Boxster wasn’t the only mid-engined sports car of its time, but it was easily one of the best at its price point. As other affordable mid-engine sports cars disappeared from the market, the Boxster stuck around and is still considered one of the best-handling cars on the road.
From the seller: “One look at this Porsche Boxster S and you will just know this is your ride. The title records confirm that this car has had only one previous owner. The odometer can speak volumes on a vehicle’s reliance and this Boxster S’s low mileage will assure you of its solid dependability.”