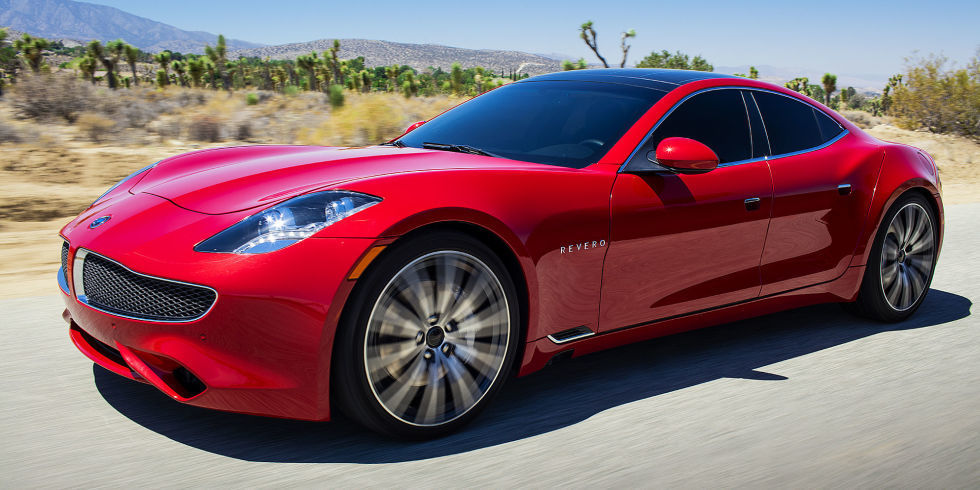 Let’s get to know this new product Revero.

The Revero is all new, with an elaborate high-efficiency drivetrain. A 21.4 kWh battery mounted low in the floorpan is bolstered by a 235-horsepower four-cylinder gasoline engine that serves as a power generator. Two electric motors deliver 403 horsepower and up to 981 lb.-ft. of torque to the rear wheels, good for a 0-60 time of 5.4 seconds in Sport mode. Stealth mode offers 6.9-second 0-60 sprints on battery power alone, while Sustain mode (which runs the gasoline motor to keep the battery at a constant charge) offers 7.2-second 0-60s. Top speed is 125 mph. 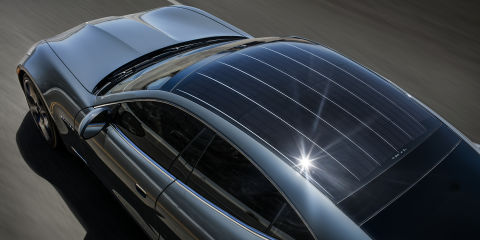 The Revero also has a built-in solar panel in the roof that can slowly charge the car but definitely won’t let you drive around on free solar energy all day. Karma claims an all-electric cruising range of up to 50 miles, swelling to 300 miles when the gasoline engine kicks in. The start-up automaker says the car will get 20 MPG on gasoline, 54 MPGe using the full hybrid capabilities, though the numbers aren’t yet EPA-verified.

Does it feel a little deja-vu-ey in here?

The makings of the Karma motor company were purchased by China’s Wanxiang Group after a bankruptcy auction. The previous automaker lost its namesake designer and pretty much its entire staff back in 2013, but since the Wanxiang purchase, Karma has been on a roll. Karma recently hired Kip Ewing, who was formerly on the engineering team of the new Ford GT.

I’m sorry guys, I’m just really weirded out by this sensation that I’ve seen this car before. It’s almost like, way back in 2011 or 2012, I time-traveled into late 2016, caught a small glimpse of the future, and went back to my normal life, unaware of what I’d seen. Until now.

I think I need to lie down.