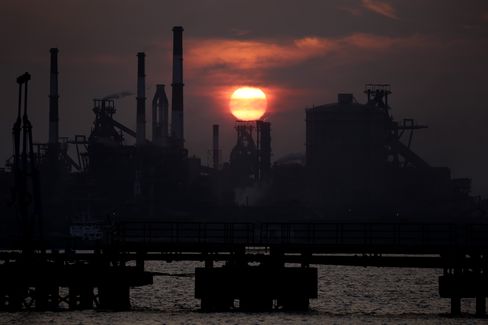 The reaction has been far less buoyant in Mizushima, an industrial town in southern Japan that’s home to Mitsubishi’s flagship assembly plant. Investors cheered when Nissan Motor Co. Chief Executive Carlos Ghosn announced in May that his company would acquire a 34 percent stake of scandal-tainted Mitsubishi Motors Corp. as part of an expanded strategic partnership.

Back in April, Mitsubishi Motors shocked its suppliers, employees and the entire automotive industry when it disclosed that it had improperly tested the fuel economy performance of four minicar models built for its joint venture with Nissan and had manipulated related data. This led to revelations some models hadn’t been tested properly as far back as 1991. Under pressure from the Japanese government, the company suspended production of Mitsubishi eK and Nissan DayZ models at the Mizushima plant, halting work at its suppliers.

This week, regulators are allowing Mitsubishi to resume production. Yet that hasn’t prevented rattled employees and suppliers from wondering what will happen next. Ghosn is a highly regarded auto industry turnaround artist and a sometimes brutal cost-cutter. After his radical makeovers of French automaker Renault SA beginning in the 1990s and Nissan in the early 2000s, Ghosn earned the nickname “Le Cost Killer.”

“The real challenge is starting now,” Shinzo Hiruta, chairman of suspensions manufacturer Hiruta Kogyo Co., said in an interview from his plant, which is part of a consortium of suppliers that’s sent home or terminated 200 of 3,000 employees since April. While Mitsubishi’s decision to sell a more than one-third stake to survive is “a step forward,” Mitsubishi Motors and its stakeholders now may face “the Nissan Way,” he said.

The Mizushima factory, which opened in 1943 and built the company’s first-ever model, a three-wheeled truck called Car Mizushima, has certainly seen better days. It used to build roughly 2,000 vehicles a day at its peak in the early 1990s, when it was cranking out the Lancer, Mirage and Minica models. Last year, output from the drab, run-down plant was down nearly 60 percent from its peak.

Even as production resumes and Mitsubishi Motors nears a $2.2 billion capital injection by Nissan, the angst lingers. First off, restarting sales of the minicar models will reveal just how damaged the Mitsubishi brand is now in the eyes of Japanese consumers.

And if past is prologue, Ghosn will push for big changes at Mitsubishi, whose stock has fallen 55 percent this year. After his arrival in 1999 at Nissan, Ghosn’s revival plan called for closing five of the company’s Japan factories, cutting about 14 percent of its group employees and consolidating its supplier ranks by half. So far, Nissan’s deal with Mitsubishi Motors calls for shared engineering, powertrains, production facilities and parts purchasing — all of which suggests cuts are coming.

“We know the case of the small towns abandoned by Nissan when Ghosn came in, and that is the worst scenario — lots of unemployed in the streets,” said Yoshitaka Fujii, deputy manager of the industrial division for the nearby city of Soja, which has courted food companies to build factories and help fill the void amid Mitsubishi Motors’ struggles. “Can people who used to craft the car parts with oils move on to make bread and cake?”

Earlier scandals at Mitsubishi Motors have also hit this factory town hard. In the early 2000s, the Japanese automaker covered up of safety defects, including faulty brakes and axles that led to fatalities. Ex-President Katsuhiko Kawasoe and three other executives were later found guilty of professional negligence in connection with a deadly 2002 crash.

“People outside don’t say good about Mitsubishi and its cars, but here a lot of people still remember the good times, with good products,” Hiruta said. Models like the Lancer Evolution sports car and Pajero sport utility vehicle elicited “a certain attachment to Mitsubishi.”

Mizushima and the surrounding area within Japan’s Okayama prefecture ships about 700 billion yen ($6.8 billion) in vehicles and auto components annually, more than the combined sales generated from tourism and agriculture. The prefecture has set aside a 660 million yen supplemental budget to support companies now seeking to enter new industries or otherwise become more independent from the carmaker.

A stretch of downtown Mizushima, about 2 kilometers away from the Mitsubishi Motors factory, used to be a popular weekend festival destination for families, with the street crowded with small pets, balloons, treats and dancing.

The neighborhood now is eerily Detroit-like. A shop where Mitsubishi-related factory workers used to buy their uniforms closed its doors earlier this year. Also shut are shops that formerly traded in fried octopus balls, knitting and sewing supplies, children’s toys and futons. A karaoke bar has a for-rent sign on the door, reading “Now offering a lower rate.” Of the businesses still around, many are hostess bars for men to visit after a shift.

The wife of a factory worker at a Mitsubishi Motors-owned supplier said the company paid about 80 percent of base salaries to employees while production was halted. The woman, who asked not to be named, said the reduction isn’t a full reflection of how families had to cope with, since workers tend to spend night, weekend and holiday shifts to collect overtime pay. Her husband declined to come to the phone.

“How Nissan will conduct the business through Mitsubishi Motors is the biggest concern for suppliers,” Yuuji Yokota, the industrial strategy manager for Okayama prefecture, said in an interview. “They are worried about the recurrence of what had happened to Nissan suppliers in the past.”

Ghosn has said that while he sees billions of dollars in synergies in purchasing, common platforms, shared development and joint plant utilization, he’s emphasized Nissan will support Mitsubishi Motors rather than control the company.

“The kei-car segment is very important to Nissan and our customers in Japan, making the Mitsubishi Mizushima Plant, which produces Dayz and Dayz Roox, very important for us,” Nissan said in an e-mail, using the Japanese name for the minicars. “The deal is currently in a process of due diligence and seeking regulatory approvals. Therefore, we are not in a position to comment further.”

At the Okayama region’s hometown bank, Chugoku Bank Ltd., consulting windows have been set up at each of its branches and special loans of as much as 50 million yen are on offer to struggling suppliers. The bank may let companies in a pinch defer payments, according to Tatsuo Hiramoto, a corporate officer.

One major factor in the Mizushima factory’s favor: it’s Mitsubishi Motors and Nissan’s lone source of minicars, a segment of Japan’s shrinking domestic auto market that’s expanded in share over the last several decades and accounted for about 37 percent of all passenger vehicles sold in the country last fiscal year.

After the two automakers stopped retailing the eK and DayZ models when the fuel economy scandal broke in April, the impact on their overall sales was massive. Mitsubishi Motors’ total vehicle deliveries in Japan fell 15 percent in April and 51 percent in May. Nissan’s dropped 22 percent and 26 percent, respectively.

Keeping the assembly plant open still may not ensure the survival of nearby suppliers. The president of one Mitsubishi Motors supplier, who asked not to be identified, said he used to be able to bring finished components to Mitsubishi Motors for their review. To make parts for Nissan, the automaker asked him to submit computer-assisted design renderings in advance.

The supplier doesn’t have a CAD system, which together with other related equipment may require about 30 million yen-worth of investment and three years to fully train his employees, he said. He’s instead resigned to dropping in the Nissan and Mitsubishi Motors’ hierarchy of suppliers and becoming a second-tier company that will no longer provide parts directly.

“Having Nissan means they may cut off the not-immediately-necessary resources here,” Tsuyoshi Takehara, an Okayama-based executive vice president for Pasona Group, a recruiter already preparing in case the need arises to arrange alternative jobs for displaced workers. For Mitsubishi Motors suppliers that will now have to compete with Nissan’s, “they have the strong feeling of crisis,” he said.