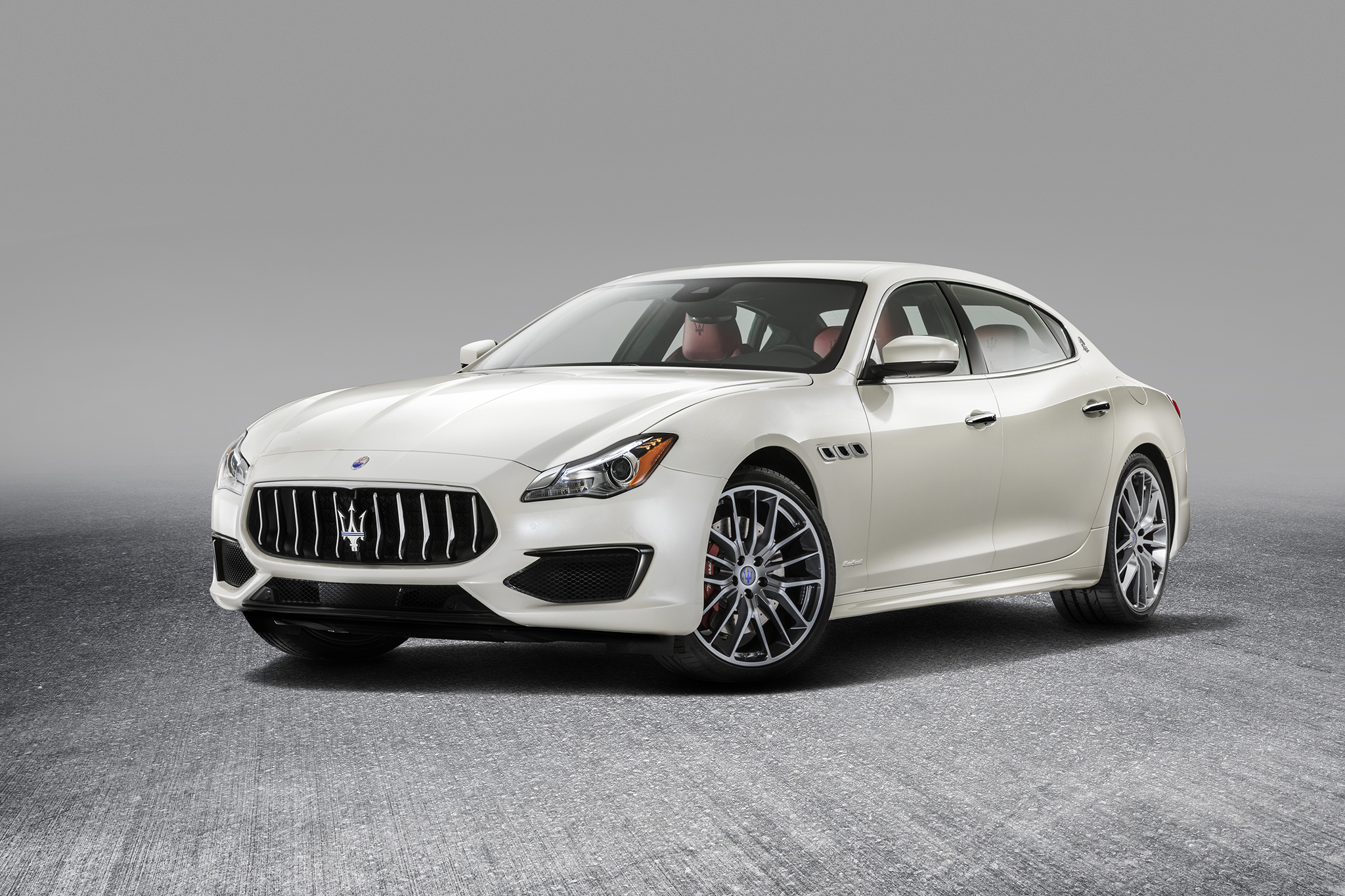 The front bumper receives the most updates, with new matte black accents that are matched by matte black side skirts and restyled matte black mirrors. The vertical grille slats have been outfitted with chrome, bringing a sharper look to the front end. The lower grille looks like it has been inverted, and it now features an electrically adjustable “Air Shutter,” a glorified air vent that helps cool the engine and improve aerodynamics.

The side profile remains much the same, with the character line cutting through the door handles to sweep over the rear wheel arch, drawing eyes to the back of the car. The rear bumper has also been given an update for 2017, with reflective strips resting just above the squared-off exhaust pipes. The taillights remain unchanged.

The interior of the Quattroporte has changed much more than the exterior; look for a slimmer dash and reworked infotainment display. The air vents nestled into the dash above the infotainment screen are thinner and lend more room for the screen, which foregoes the metallic outer casing in favor of a sleek, black border. The HVAC controls have been condensed, and the housing now matches the border for the infotainment screen and center console. The shifter has been slimmed down, and resting just behind it is a rotary knob for volume and infotainment controls. The steering wheel features a smaller center section, while the instrument cluster gets a modern update and improved displays.

While Maserati’s flagship sedan has received some subtle exterior changes and more substantial interior updates, will it be enough for the Quattroporte to sit at the forefront of shoppers’ minds? Let us know in the comments below.

Last week’s Refreshing or Revolting featured the 2018 Audi A5, and while many liked the new look, others though the automaker didn’t distinguish it enough from the outgoing model.

“Refreshing, not a radical departure but it has that lovely mature, austere Germanic style that I love. The interior is gorgeous like all Audis,” said Grant Albrecht Goodman.

“Neither…Seems like a mid-cycle refresh since changes are so minor. I can barely tell the difference when compared to the older model,” said Jack DaRipaa.