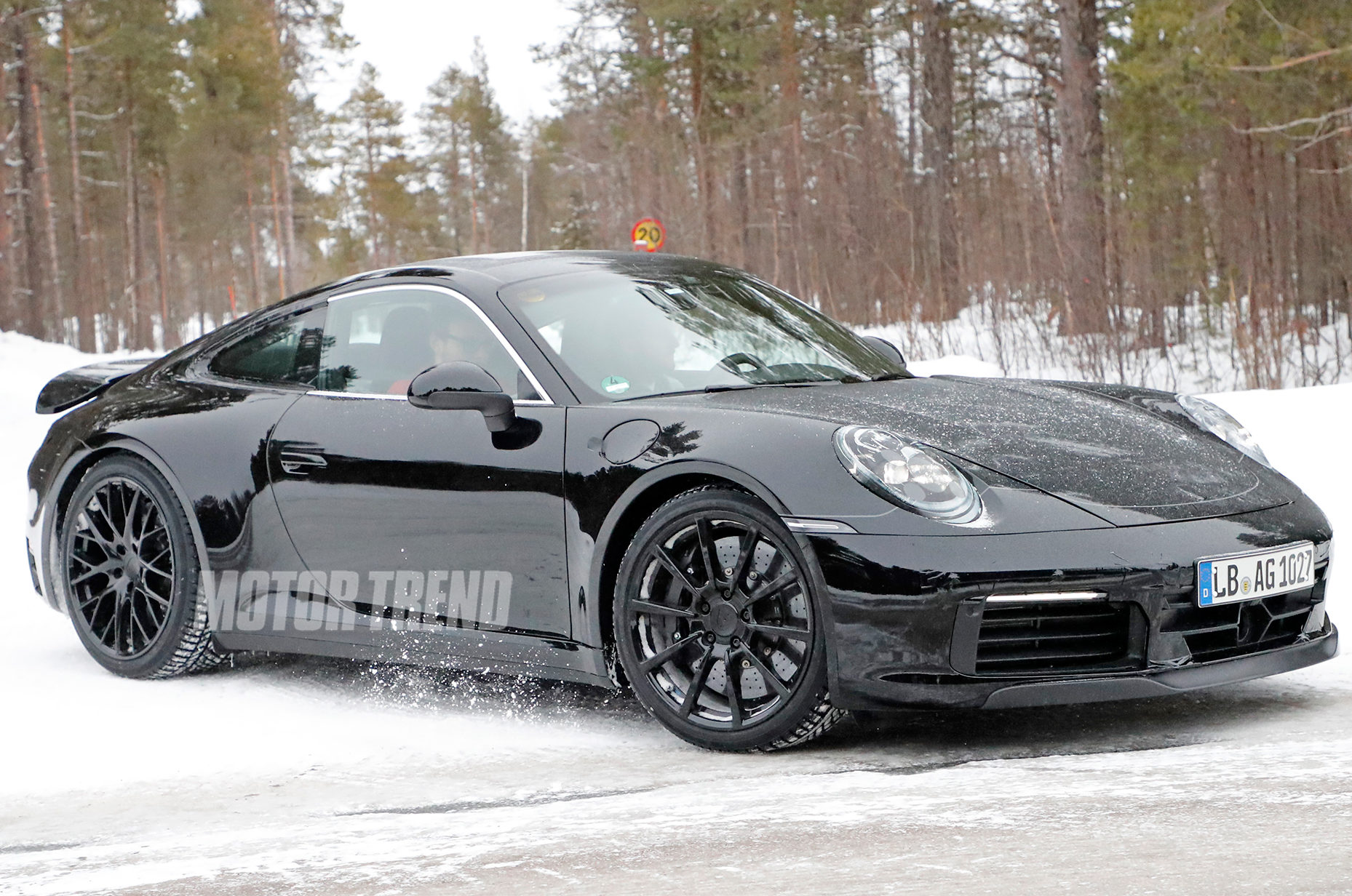 There’s no rest for the wicked, and there’s no resting on laurels when it comes to the almighty Porsche 911. It’s been through a gradual evolution ever since it first debuted, leading to what is universally considered one of the best sports cars in the world. Now, we’re getting our first peek at what the next evolution will look like, its eighth generation, likely internally coded as the 992.

From the spy photos we’ve assembled here, it appears that the upcoming replacement for the wonderful 991.2 looks to further the 911’s gradual evolution in body style. The front is more angular, diving forward, and the headlights and hood appear to resemble the forthcoming Mission E fully electric vehicle Porsche showed off not too long ago. 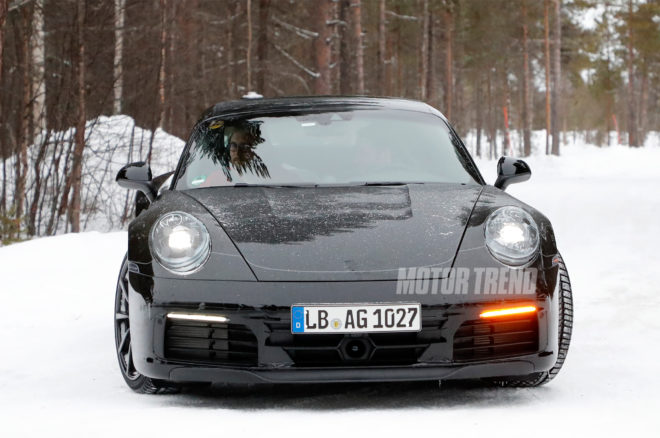 Moving rearwards, the hips of the car appear wider than the current 991.2 and housing some fairly massive rubber, as well as a set of Porsche superb carbon ceramic brakes. Could this be a hotter version of the 992? We’re not sure, but moving further back, it does appear that this specific test mule houses Porsche’s all-new 3.0-liter twin-turbocharged flat-six engine that debuted in the 991.2. The vents at the edges of the rear bumper are larger than on the current car, and the vent above the engine bay extends all the way to the base of the rear window.

Furthermore, the rear wing has been enlarged to encompass the entirety of the rear, spreading from the ends of each taillight. Overall length will likely increase as well, as will the car’s wheelbase. The car also appears to have a different exhaust system from what we’ve come to expect from Porsche. Could this be a new sports exhaust or just a test rig for the mule? Again, we must wait for Porsche to answer. 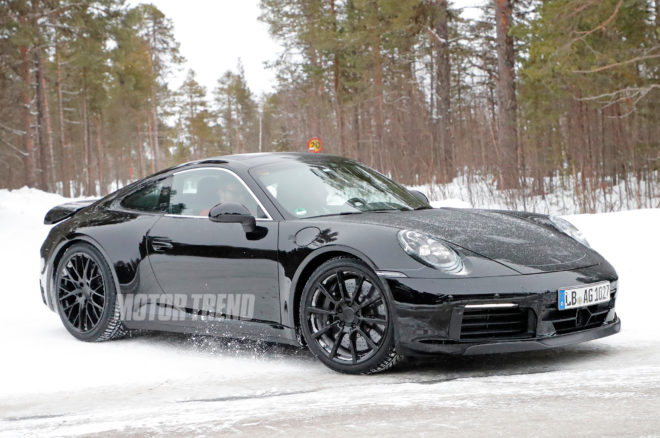 A few key things we do know about the eighth-generation 911 is that, for the first time, we will see a hybrid- drivetrain, and after the Mission E’s production debut, likely a fully electric 911. However, all isn’t pure electricity at Porsche as the company still maintains that it will offer both old and new technologies.

“Porsche needs to launch puristic racing cars like 911-we will go both strategies, new and old,” Porsche’s chairman Oliver Bloom told Car Magazine. “For the simple reason that electrification still carries a substantial weight penalty, sports cars will hold on to classic propulsion solutions a little longer than other vehicle types. But even the 911 must eventually adjust, and according to analysts and the media, even plug-in supercars are making headway!” 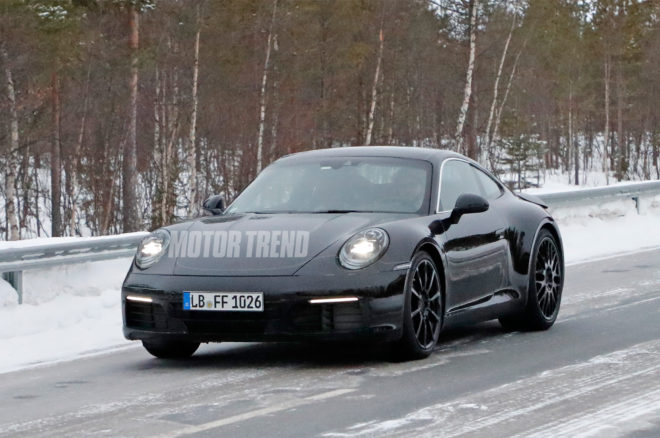