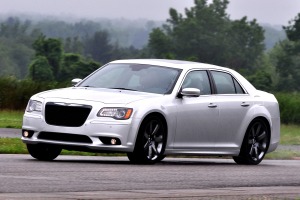 The affected vehicles are:

“These inflators may rupture due to propellant degradation occurring after long-term exposure to absolute humidity and temperate cycling,” said NHTSA in its recall summary. “An inflator rupture may result in metal fragments striking the vehicle occupants, resulting in serious injury or death.”

Fiat Chrysler Automobiles said it is “unaware of any injuries or accidents involving FCA US vehicles subject to this campaign,” in a statement.

“Nor have there been any ruptures in nearly 6,300 exploratory tests of passenger-side inflators taken from FCA US vehicles registered in regions subject to high absolute humidity,” it said. “These test vehicles also were representative of the oldest vehicles in this recall population (mostly model years 2004 and 2005), thus experiencing the longest exposure to potentially problematic environmental conditions.”

Chrysler, Dodge, Jeep and Ram dealers will replace the passenger frontal airbag inflator. A notification schedule has not been provided.

“All affected customers will be advised when they may schedule service,” the company said. “Vehicles currently or previously registered in areas identified with high absolute humidity will be targeted first.”

Edmunds says: Owners of these vehicles will have to wait for parts to become available before scheduling a service appointment.