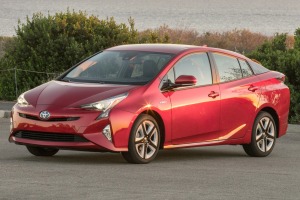 YourMechanic, a service that connects vehicle owners with certified mechanics who make house calls, used its own database of service records to analyze which cars break down the most and have the highest maintenance costs.

MOUNTAIN VIEW, California — The Toyota Prius is the least expensive car model to maintain over a 10-year period and the Chrysler Sebring is the most expensive, according to a new report from YourMechanic.

The costs of maintaining the vehicles in this group range from $4,300 for the Prius to $7,500 for the Impreza over the course of 10 years.

At the other end of the spectrum, following the Sebring — which was discontinued after the 2010 model year — on the most-expensive list, are the BMW 328i, Nissan Murano, Mercedes-Benz E350, Chevrolet Cobalt, Dodge Grand Caravan, Ram 1500, Audi A4 Quattro, Mazda 6 and Subaru Forester.

Ten-year maintenance expenses for these models run from $17,100 for the Sebring down to $11,200 for the Mini Cooper.

YourMechanic notes that, when it comes to the priciest models, its data includes “expensive one-off costs, like a transmission rebuild, that skew the mean higher.”

Overall, the study found that the five least expensive brands to maintain are BMW, Mercedes, Cadillac, Volvo and Audi, and the least expensive nameplates are Toyota, Scion, Lexus, Honda and Mitsubishi.

In general, says YourMechanic, luxury imports, especially those from Germany, cost the most, Japanese and Korean models, particularly those from Toyota, are at the lower end of the scale, while most of the domestic brands are in the middle of the pack.

Edmunds says: Although perhaps not the final word on maintenance costs, YourMechanic’s data should give shoppers one more useful piece of information to consider.