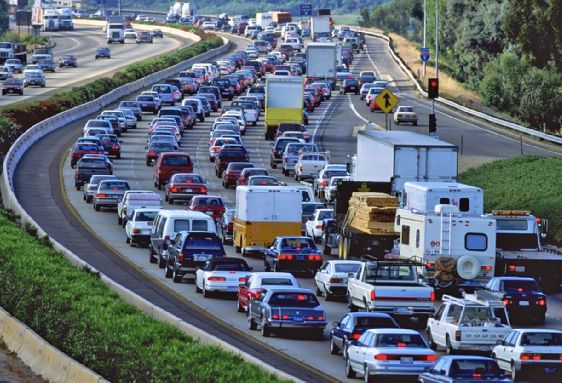 An estimated 35,200 people died in traffic accidents last year, according to preliminary data released by the National Highway Traffic Safety Administration. That number represents a 7.7 percent increase, up from the 32,675 fatalities recorded in 2014.

The spike coincides with a 3.5 percent increase in the number of miles traveled in 2015 compared to the year before. NHTSA estimates the fatality rate in 2015 hit 1.12 fatalities per 100 million vehicle miles traveled.

“As the economy has improved and gas prices have fallen, more Americans are driving more miles,” said NHTSA Administrator Mark Rosekind in a statement. “But that only explains part of the increase. Ninety-four percent of crashes can be tied back to a human choice or error, so we know we need to focus our efforts on improving human behavior while promoting vehicle technology that not only protects people in crashes, but helps prevent crashes in the first place.”

If the projections are finalized, 2015 will be the deadliest traffic year since 2008. But total deaths haven’t increased steadily each year since then. In 2014, overall traffic deaths went down slightly from 2013. Similarly, in 2013, deaths were down 2.6 percent from the year before.