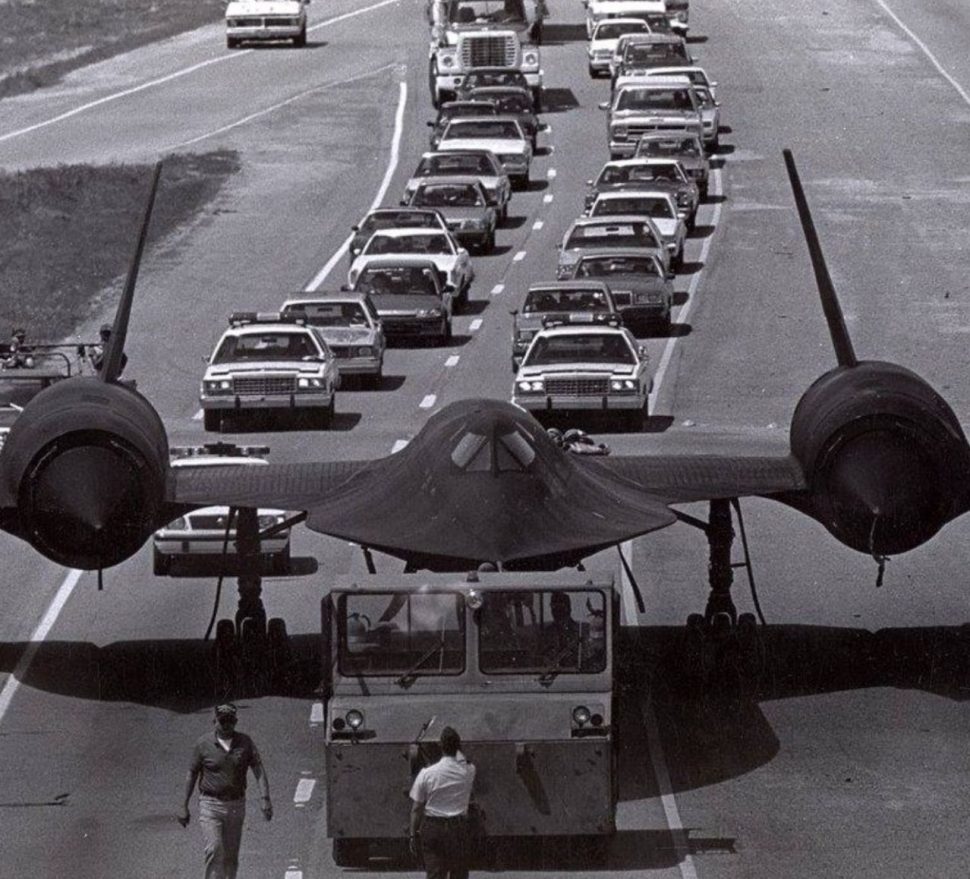 . According to HABU.org, the SR-71 seen in the photo – serialJaeger-LeCoultre Replica number 17958 – was retired in early 1990 and flown to Robins Air Force Base to be decommissioned and placed in the base’s Museum of Aviation. To get it from the hangar to the museum, however, it had to be towed, apparently down U.S. 129, the only four-lane highway we see in the area. Of course, it’s the traffic piled up behind the Blackbird that we’re interested in here. What do you see here? Seen this photo floating around the Internet for a while before we finally decided to dig up the backstory