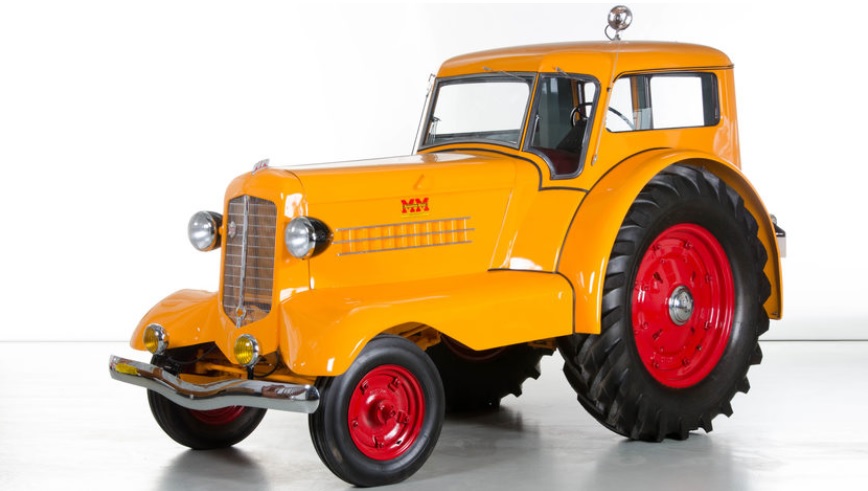 Intended as a do-it-all vehicle for the successful farmer, the UDLX may well be the most unusual interpretation of that farming staple that you’ll find anywhere. Once a year, Mecum Auctions presents its Gone Farmin’ sale, held this year in Lapeer, Michigan, an annual homecoming for those who love all things agricultural. A most unusual lot, a 1938 Minneapolis-Moline UDLX “Comfortractor,” was this year’s top-seller, reaching an impressive hammer price of $200,000. 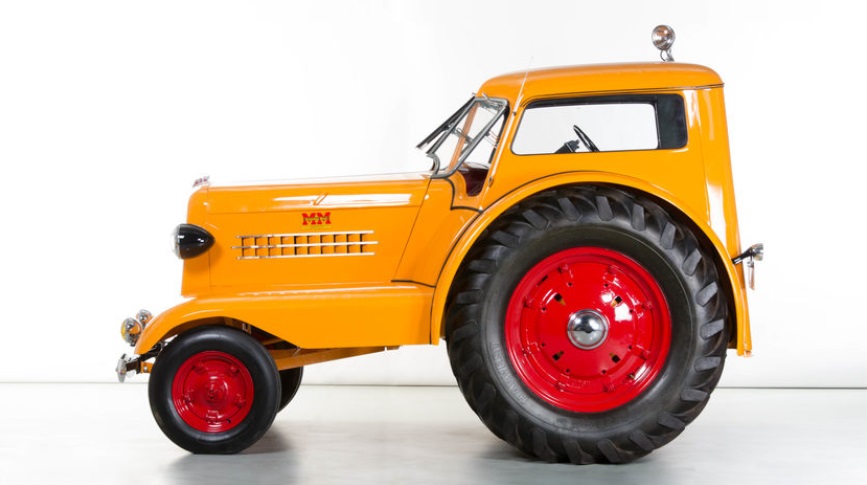 Basically, it was the first tractor known to be offered with a factory-built cab, and the UDLX also came with an overdrive fifth gear that allowed it run jauntily down the highway at 40 MPH or thereabouts, a streamlined study of an early dual-purpose vehicle. Look it over. Disc wheels, three-paneled windshield, chrome bumper, headlamps and driving lamps, a car-like radiator shell. All of them firmly Art Deco, melded into a farm implement/runabout. 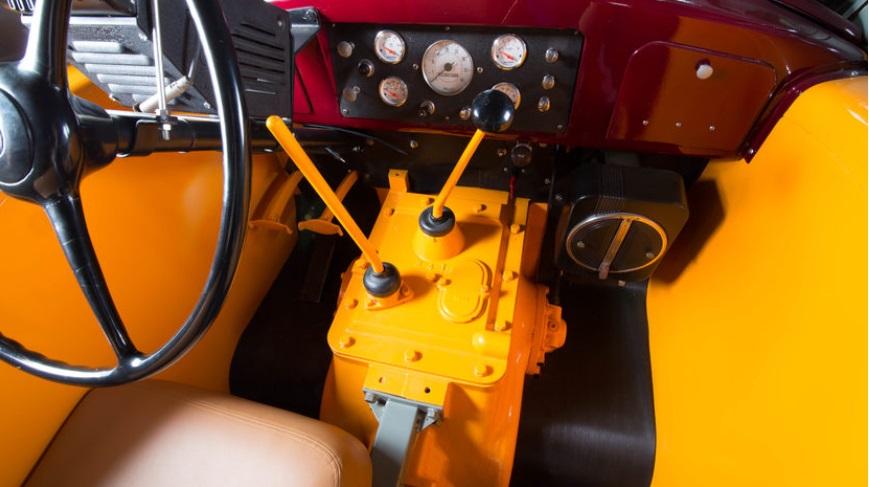 Obviously, despite its delicious looks and penchant for running errands, the Comfortractor wasn’t every farmer’s barrel of grist. Only 150 or so were originally assembled, and by 1940, just two-thirds of production had been sold. The remaining inventory was shipped back to the factory and converted into cab-less Model U tractors, which sold for around $1,000, or about $900 less than the range-topping UDLX. Today, Mecum says that only 20-30 road-going examples remain, including this one. Described as “one of the finest UDLX tractors in existence,” its $200,000 price was the result of both the lot’s rarity and its condition. 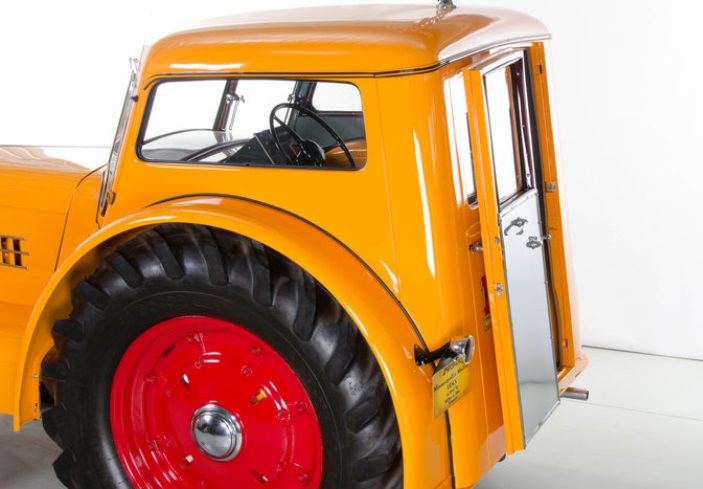 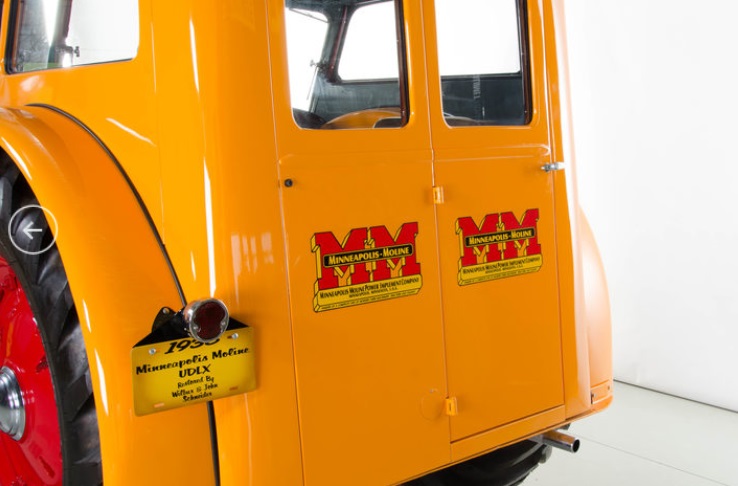 Minneapolis-Moline was formed in 1929 by the merger of Minneapolis Threshing Machine, Moline Implement and Minneapolis Steel and Machinery. The firm was a significant player on the global agribusiness front until 1969, when it was acquired by White, creating White Farm Equipment.