You are here: Home  /  American Car  /  Cars Brands  /  Tesla Motors  /  In Motorcycles to Watch and Listen to the Newest Evolution
American Car 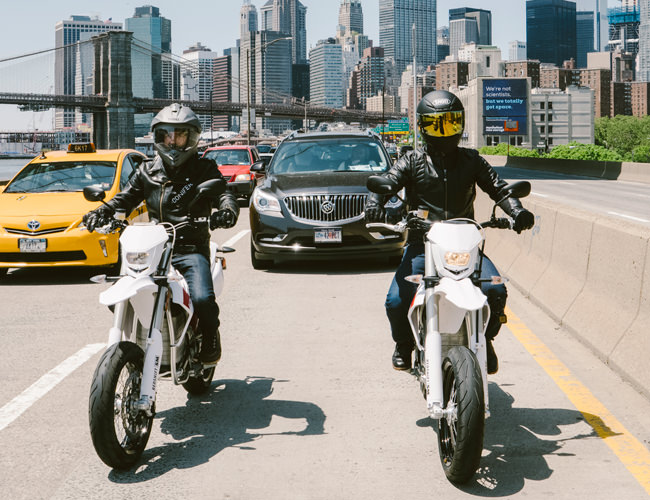 In Motorcycles to Watch and Listen to the Newest Evolution

That doesn’t always mean a combustion engine is going to win. (See: Tesla beats Charger Hellcat in a drag race.) Electric power’s advantage over combustion is instant, maximum torque from a standstill, providing incredible acceleration. And where that kind of technology and performance is gaining real momentum is actually on two wheels, not four.

Electric vehicles are becoming mainstream — there’s no getting around it. But that’s not necessarily a terrible prospect for performance junkies, because what’s putting the power to the wheels shouldn’t really matter so long as you have what’s quickest.

Alta Motors, a San Francisco-based electric motorcycle manufacturer, is not exactly leading the charge on bringing battery-powered performance to two wheels, but they’re sure as hell pushing the performance envelope. Where some electric bikes are made to sit next to the other bikes in your garage, the Redshift SM is looking to directly compete with (i.e., replace) their combustible counterparts. And after riding the Redshift SM through the city I can wholeheartedly say four-strokes should be watching their six.

Power is instant (great for beating cabbies to the next light); all the weight is down low so you can toss it back and forth as you weave up and down the avenues. But, most importantly, it’s a near-silent experience. As sacrilegious as that may be to motorcycle fans, the lack of sound actually adds to the bike’s prodigious performance. “Think about trying to play a guitar with a paint shaker attached to it — that is, basically, what you’re doing to do when trying to feel the road through the handlebars,” said Marc Fenigstein, Alta Motors CEO, of combustion bikes. That quiet, coupled with significantly reduced vibration, frees up a few of your senses, which can then be devoted to figuring out what exactly the bike is doing beneath you. By breaking technological boundaries, a new motorcycling experience is emerging — dare I say, a better one.