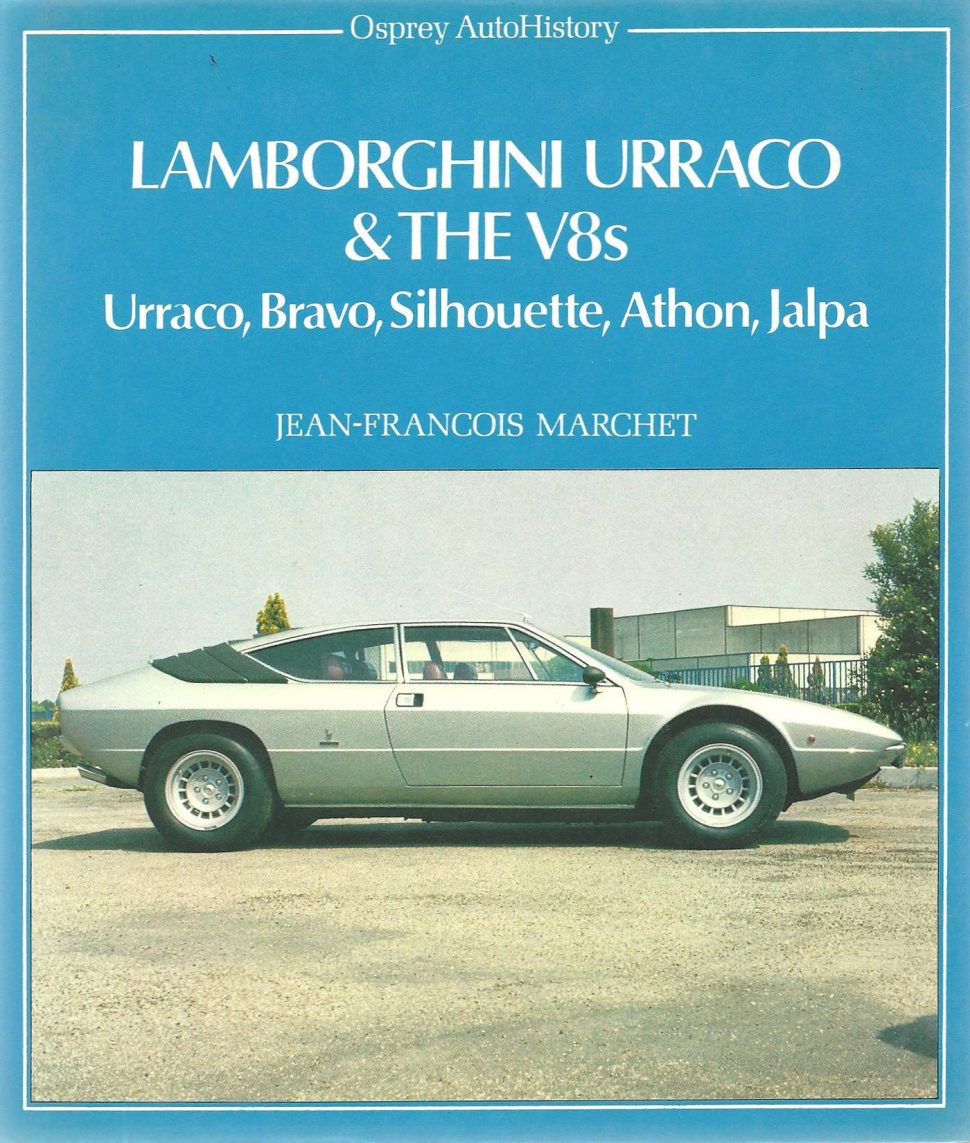 These compact books were 7 1/2 x 8 1/2 in size, and ran 136 pages in length. The numerous photographs were black and while, but there was an eight-page color section in the center that depicts the many different car models that were produced. Back in the late 1970s and early ’80s Motorbooks International published a line of small hardcover books called the Osprey AutoHistory series. 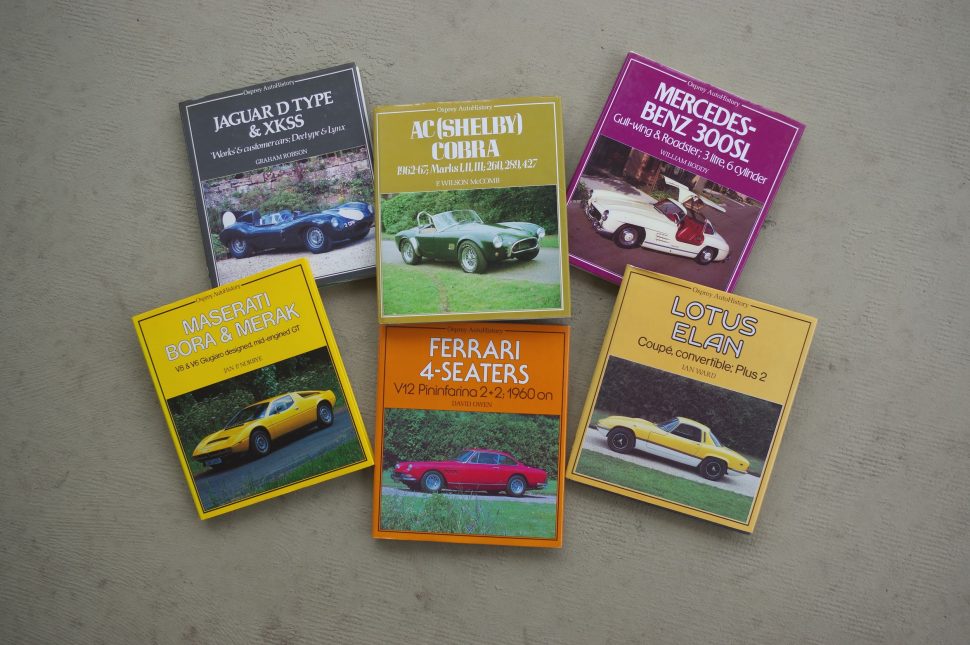 As historical books go, this entire series is worth owning as the information within is concise, informative and easy to read, albeit somewhat limited in length. It’s not bogged down with excessive frivolous detail or profiles about the people behind the scene, rather it gets right to the point about the cars themselves. The focus is on how the cars were designed, built, their production history, and maintenance/restoration insight. And at the end there’s 15 pages of detailed mechanical specifications on each and every model. 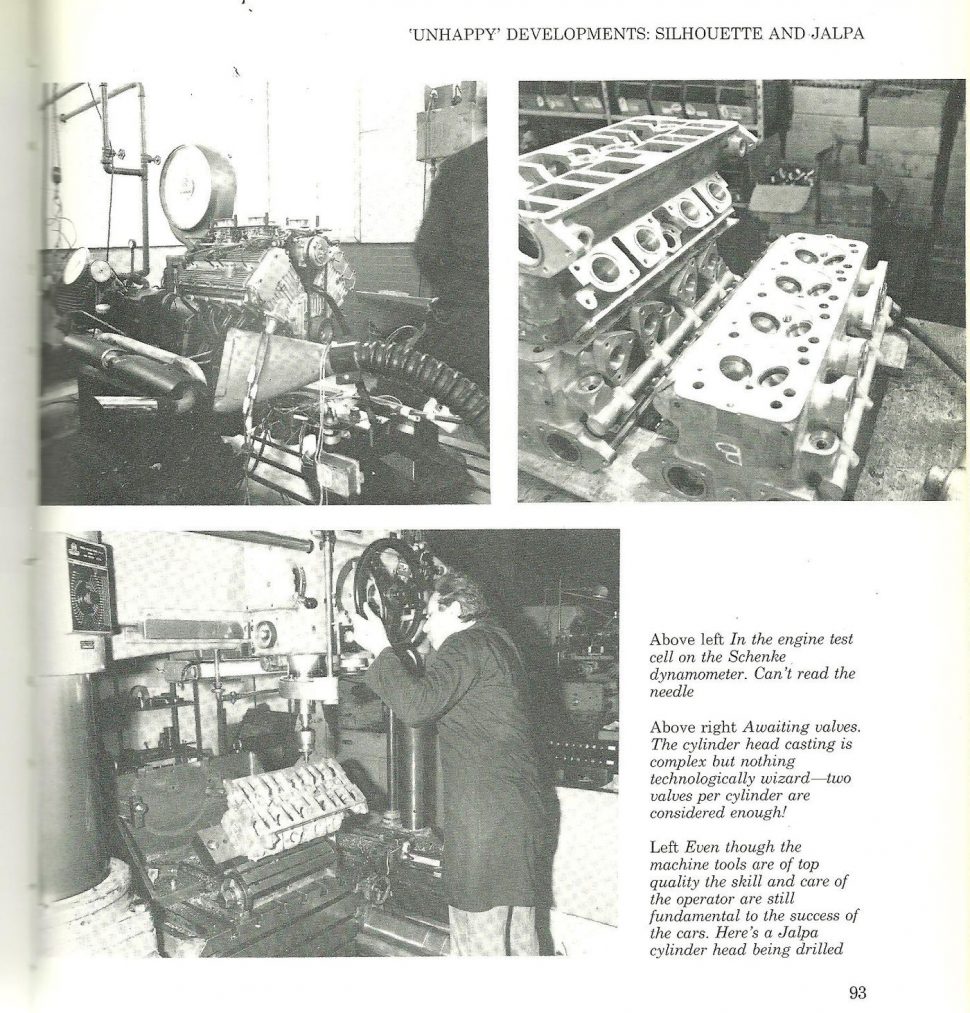 This particular book, by author Jean-Francois Marchet, is mainly about Lamborghini’s most affordable model, the small-displacement V-8-powered Urraco, however it also covers the Bravo, Silhouette, Athon and Jalpa models as well. The chapters that show the engines and bodies being assembled I find most interesting. 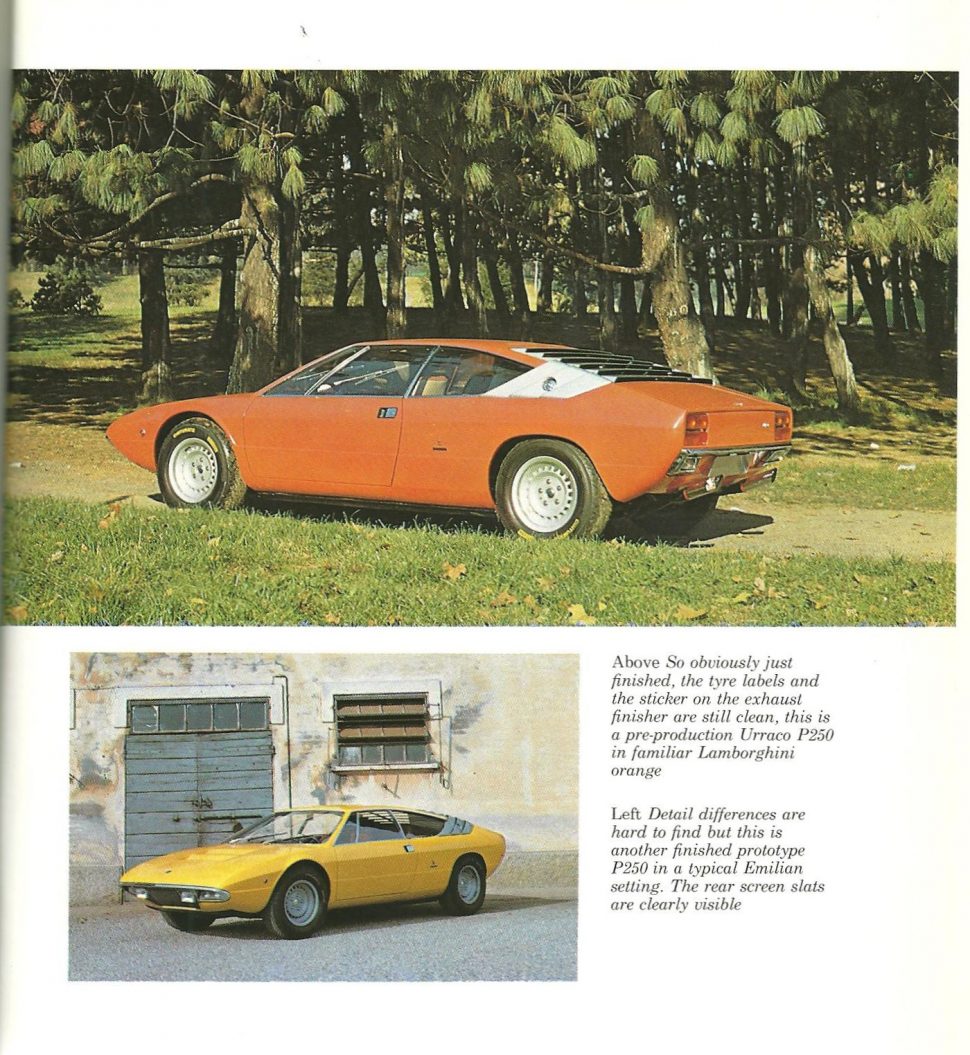 I have about a dozen Osprey AutoHistory books in my library, all of which I bought new when they were first published, and each and every one of them provided enjoyable reading through the years. The entire series encompasses about 40 to 50 different titles, including Corvette, Mustang, Citroen SM and Saab Turbo, to name a few. You can find used copies of this Lamborghini book on Amazon starting at around $12, with $50 being the going price for new editions. Some of the other titles can be bought for less, while others, such as the Mustang and Jaguar D Type & XKSS titles, will set you back at least $100. And don’t forget to check out the used book stores and swap meets as I’ve always seen some of the more popular titles, such as Alfa Romeo Spiders and MGB, being sold for just a few dollars.