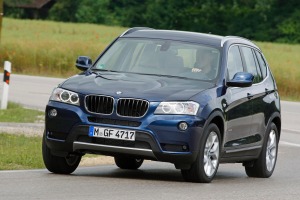 Included in the recall are:

WASHINGTON — BMW of North America is recalling 188,668 2011-’17 BMW X3 and X4 crossover SUVs because of a problem with the Isofix child-restraint anchors, according to the National Highway Traffic Safety Administration.

BMW told federal safety regulators it is not aware of any injuries or fatalities linked to the recall.

The company became aware of the problem in March 2015 from a field report on a 2011 BMW X3 in Europe.

“The customer noticed that his unoccupied child restraint moved sideways when the vehicle traveled along a curve and that one of the lower anchor bars was damaged,” BMW said in a chronology of the recall filed with NHTSA.

BMW dealers will weld a reinforcing bracket to the lower anchor bars and the vehicle body. The recall is expected to begin on July 12. Owners can contact BMW customer service at 1-800-525-7417.

Edmunds says: Parent and child caregivers will want to schedule a service appointment with their dealer once they receive their official recall notice.

2011 BMW X5 And X6 Recalled Because Of Powertrain Problem