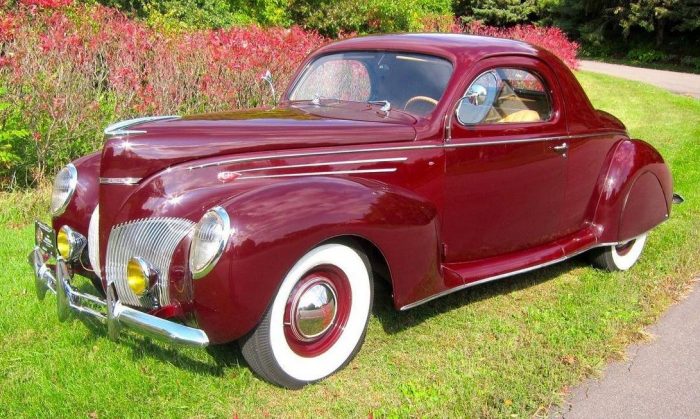 The current owner, who’s had it since 1980, restored it and showed it and could probably tell us plenty more about the original owner and his family given the chance. From the seller’s description, it’s hard to find a two-owner car from five years ago, let alone one from before World War II, but that’s exactly how many owners this 1939 Lincoln Zephyr for sale on Hemmings.com has had.

I am the second owner of the car. Originally, the car was from Duluth, Minnesota. Mr. Marshall H Alworth owned the Alworth Mining and Development Company (Hibbing Open Pit Mines). He had a son Marshall W Alworth. The Alworth’s were chauffeured around in the car. Marshall W. Alworth died in 1980. I had the opportunity to acquire this complete and unadulterated car.

During the restoration process, it became apparent that the car was so complete and original that we decided to fully restore the car. I have had the opportunity to enter into many car shows where it has received numerous awards including Best of Show, Best Senior Car, and Drivability Awards. The last time the car was judged at a show, The Lincoln Zephyr Owner’s Club (LZOC), it was judged at 99.3 points out of 100. The car was judged on both authenticity and condition.

This car has art deco styling that many car enthusiasts appreciate. Three window coupes are among the rarer models of the Lincoln Zephyrs and it is also a highly desirable year.