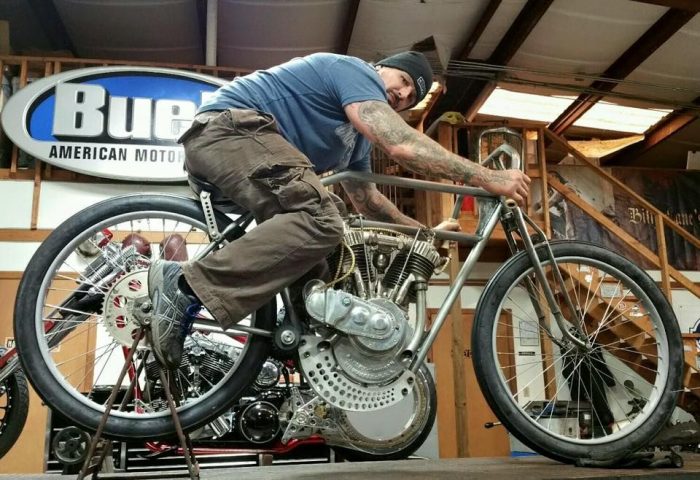 Billy Lane of Choppers Inc. and Discovery Channel’s Biker Build-off and Monster Garage fame is a skilled motorcycle creator in his own right, and he’s planned a unique event for this year’s Biketoberfest: racing completely stock and period-correct board track race bikes from the era when that type of racing was the hottest thing going, the early 20th century. The event will take place on the asphalt track at New Smyrna Speedway, a popular track for go-karts, winged cars and all other forms of four-wheeled racing, and all bikes to be ridden in the event are built with identical racing chassis and vintage powertrains from pre-1925 American-built V-twin models.

The competition will consist of several heat races, with the winners advancing to the main event race. Seven bikes and riders are already registered, with more entrants to come. 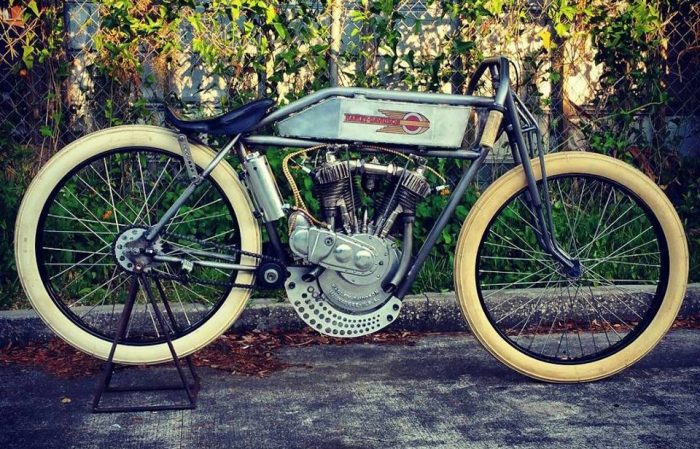 Billy himself will be astride a machine powered by a 1913 Indian drivetrain. Jay Allen from Broken Spoke Saloons will be riding a 1913 Thor. Buzz Kanter from American Iron Magazine will pilot a 1915 Harley-Davidson and Rick Petko from the Discovery Channel’s American Chopper will be riding a 1920 Indian. Several other bikes will also be in the event as the entry list continues to be filled. Competitors will be risking life and limb, as all rigid-frame bikes will use period engines with stock magneto ignition, and without transmissions, brakes or clutches. Several of the bikes have already been track tested and others will be shaken down before the end of this summer. 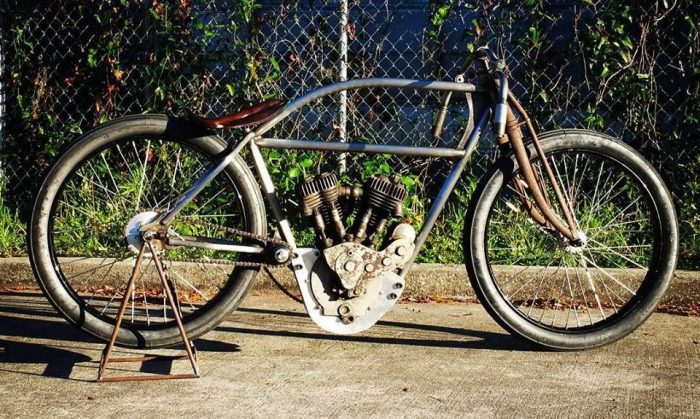 An Indian board track bike under construction.

The event will take place at New Smyrna Speedway at 3939 Florida Route 44, New Smyrna Beach, Florida, on Saturday, October 15, 2016, from 1:00 p.m. to 4:00 p.m. Tickets can be purchased online via Eventbrite and prices range from $15.00 for adult general admission to a $50.00 VIP pass that allows you access to Friday night practice and photo opportunities in the pits as well as Saturday’s main event. Advance children’s tickets for Saturday racing are also available for only $5.00. There’s even a $250.00 VIP-Plus ticket that allows 20 ticketholders the same access as the VIP ticket, but includes an additional hour-long tour of Billy Lane’s shop on Saturday morning before the race. General admission tickets must be purchased before September 1, however, VIP tickets will remain on sale until October 15. Tickets at the gate the day of the event will be $25.00.

The racing coincides with the 2016 Biketoberfest dates of October 15th-18th in Daytona. New Smyrna is only 14 miles south of Daytona and less than 20 minutes away (unless you take into account the over 120,000 people who will be in the area for Biketoberfest).

Hemmings Musclepalooza XXIII was our hottest one now