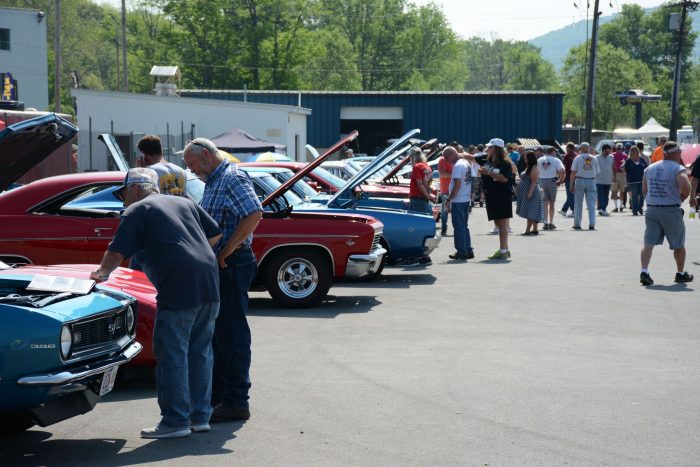 Hemmings Musclepalooza XXIII was our hottest one now

After a non-winter in the Northeast, followed by a wet and cold spring, summer descended on us full force over the Memorial Day weekend. Despite the heat, humidity, and threat of afternoon thunderstorms, over 500 show cars and hundreds more race cars turned out last Sunday to Lebanon Valley Dragway in West Lebanon, New York, to participate in Musclepalooza XXIII, sponsored by Dark Horse Customs.

Early morning crowds check out some of the show cars on display. Photos by Hemmings staff. 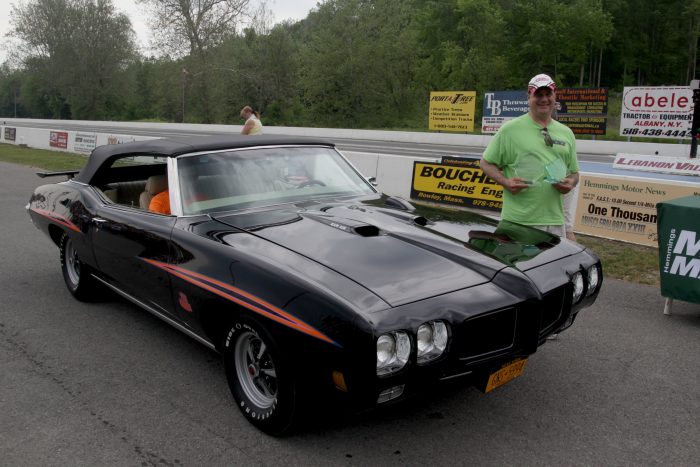 Best in Show went to John Scalfani’s 1970 Pontiac GTO Judge, which came out of a full restoration to its original paint and interior color just six months back. John’s research showed the Judge wasn’t originally triple black as purchased, but Starlight Black with a sandalwood interior; it had last been restored by a previous owner in the early ’00s. Although the GTO had been described as a numbers-matching car, John also discovered that while the engine was original to the car, the transmission (an M20 four-speed) was a period-correct replacement. 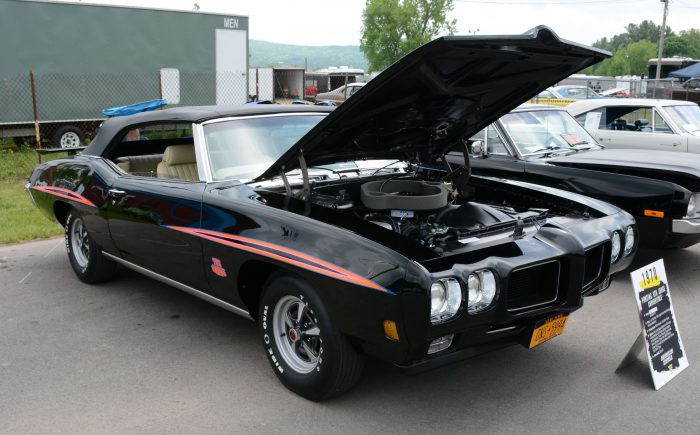 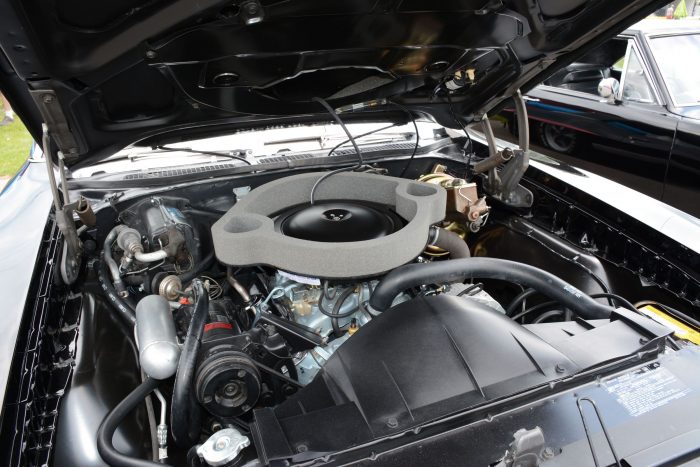 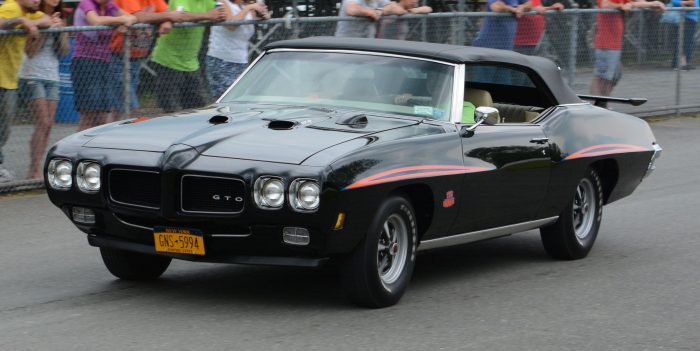 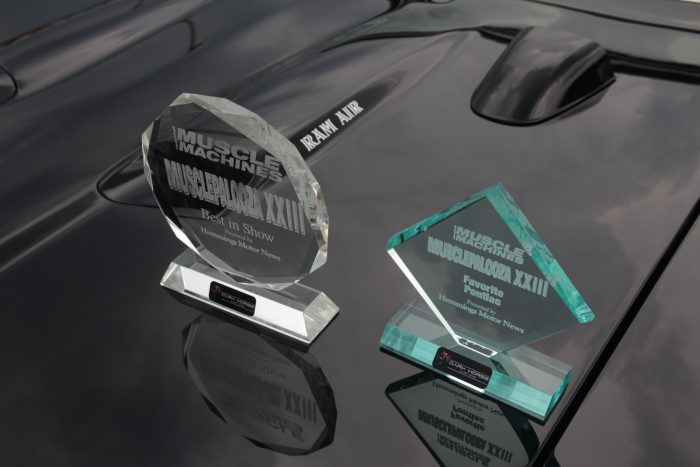 One of approximately 168 GTO Judge convertibles built for the 1970 model year, John’s car was equipped with the 400-cu.in. Ram Air III V-8, rated at 366 horsepower. A truly loaded example, his Judge was delivered with 23 factory options, including air conditioning, power steering, power brakes, power windows, remote mirror, Rally gauge cluster, power seat, AM/FM radio, front and rear floor mats, a console, luggage lamp, under-hood lamp, heavy-duty springs and shocks, and a Safe-T-Track rear differential. Though the competition in the Pontiac class at Musclepalooza was tough, John’s GTO Judge was a deserving winner of both the Favorite Pontiac and the Best in Show awards. 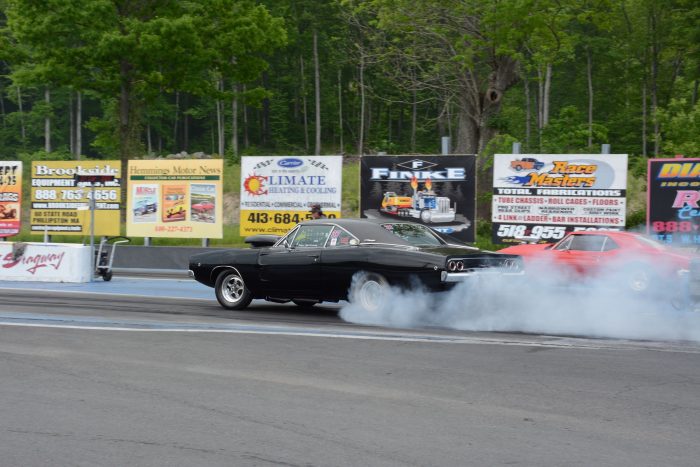 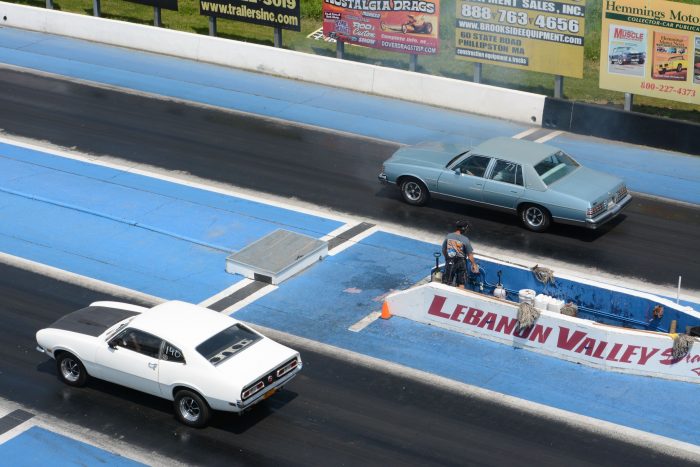 Why yes, that is a Cunningham C3 coupe being raced… 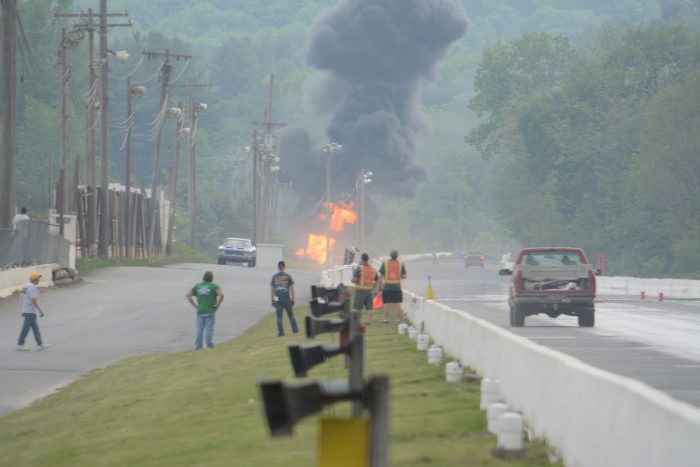 Action on the drag strip was heavy throughout the day, from casual weekend racers through those turning sub-10-second ETs. At one point in the afternoon, the action got a bit too hot when an Olds 4-4-2 caught fire at the end of a run, prompting a temporary track shutdown and a quick response from the track’s safety crew. Though the car was damaged in the fire, we’re happy to report its driver walked away without injury. 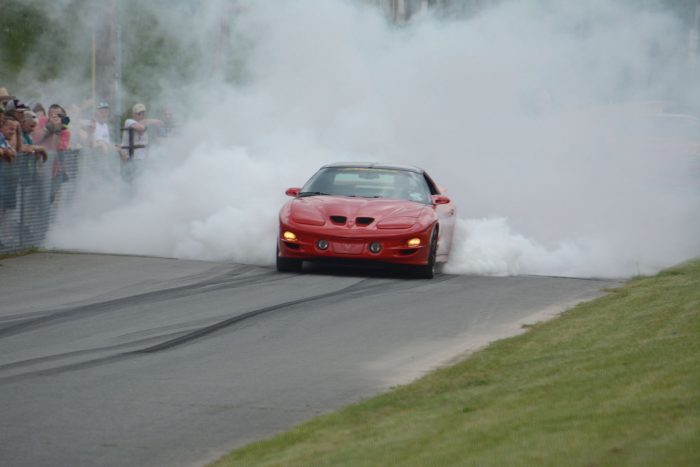 Afternoon storms cut the day shorter than many would have liked, but we were still able to hand out a tableful of awards before the rains hit. Burnouts on the track’s return road, on the way to collect an award, have become something of a Musclepalooza tradition; while we don’t give out a specific trophy for Best Smoke Show, the burnout put down by Kevin Kline in his heavily-modified 2000 Pontiac SLP Firehawk (our favorite Late Model GM) was one for the ages, and worthy of its own mention. 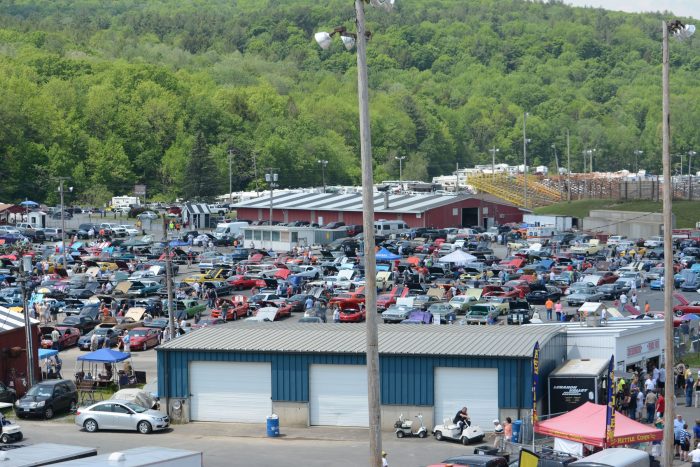 Look for full coverage of Musclepalooza XXIII, including a comprehensive list of winners, in an upcoming issue of Hemmings Muscle Machines. Below is a gallery of shots from Sunday, giving you a teaser of what to expect when we host Musclepalooza XXIV (also sponsored by Dark Horse Customs) at Lebanon Valley Dragway on Sunday, September 4.