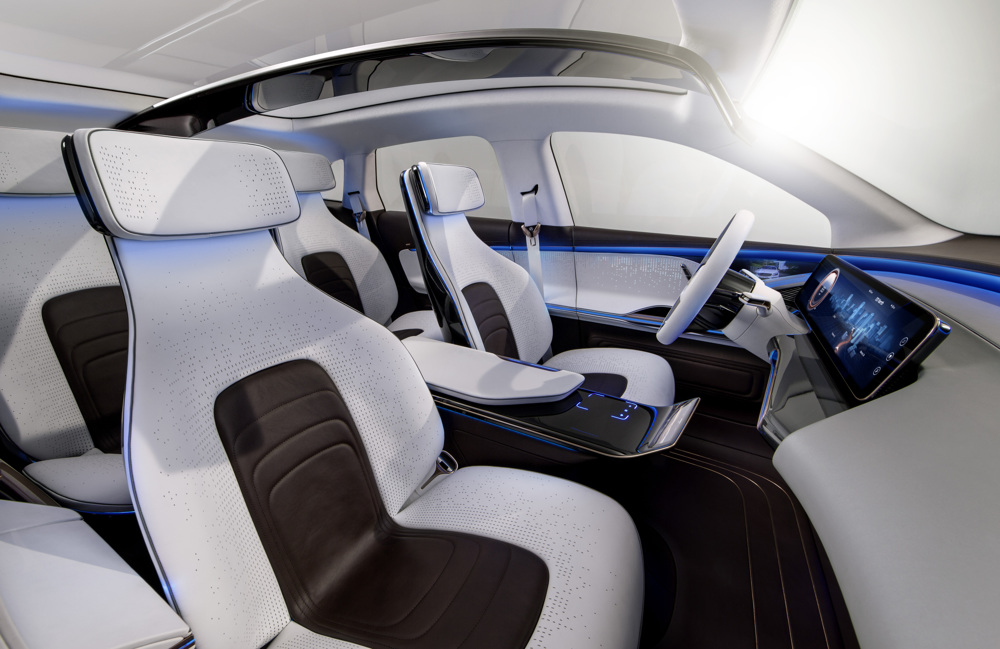 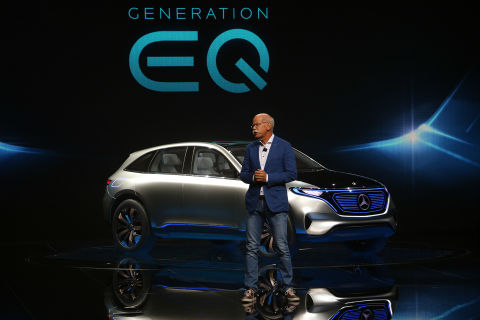 Mercedes says the future of mobility stands on four pillars, with the key words being “connected, autonomous, shared and electric.” No mention of hand-built V12s here, but while they’ll let AMG to deal with those as the performance brand advances towards hybrid drivetrains as well, the EQ division will come up with products that have not one, but multiple motors, plus zero (local) emissions and better torque delivery than you’d ever get from a combustion engine.

In order to end up with a diverse electric lineup that can compete against whatever the VW Group and BMW can throw at Daimler in the next five years, Mercedes created a modular, scalable, mixed-material architecture designed to be the perfect base for electric vehicles, from compacts and sporty cabrios to spacious SUVs and luxury sedans made of steel, aluminum and carbon fiber. For some design clues regarding those and other future Benzes, just have a look at the Mercedes-Maybach 6 Concept, the longest and most luxurious vehicle this side of an oligarch’s yacht. 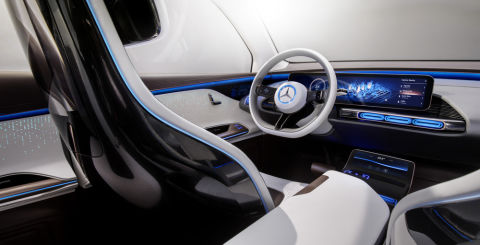 Another forerunner is the “close-to-production” Generation EQ Concept, which comes with a modular battery pack with a total capacity of over 70 kWh, and an electric motor on each axle for a combined output of 402 horsepower and up to 516 ft.-lbs. of torque. With permanent all-wheel drive, it gets to 62mph in under 5 seconds, and will even take you as far as 310 miles as long as you stay easy on the accelerator. What’s more, this SUV should also corner pretty well considering that the batteries are mounted in the floor between the axles, and that low center of gravity is further aided by axle-variable torque distribution.

To make the EQs more useable, Mercedes will also provide its customers with wallboxes for fast-charging and home energy storing solutions. They can do that, because Daimler is also the battery manufacturer, with a second battery plant being built soon in Germany to support the expansion. In terms of daily usability, the long term aim is to reach charging capacities of up to 300kW, which is significantly better than the current maximum of 50-150kW. Once that infrastructure goes online, a range of 62 miles will be available after just five minutes of charging. How much cooling will those lithium-ion batteries need at that point? All of it. Liquids circulating at a very high speeds, fans turning it up to eleven, the full beans. But that’s the only way electric cars can succeed. 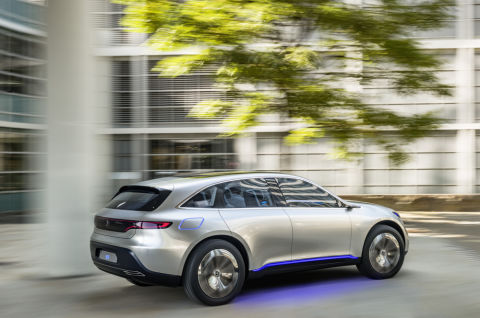 Stepping inside the Generation EQ, you’ll find almost zero switches and knobs. Instead, the future of Mercedes holds massive OLED displays, touchscreens and an interface that changes its color depending on how you drive. As you’d expect, the display is fully customizable, featuring the latest and greatest autonomous technologies, car-to-car communication and infotainment.

Mercedes-Benz CEO Dieter Zetsche says all of this doesn’t mean that they’ll turn their engineers “into tree huggers”, but after looking at their stage today, you better get ready for a whole lot of blue LEDs lighting up in the future. 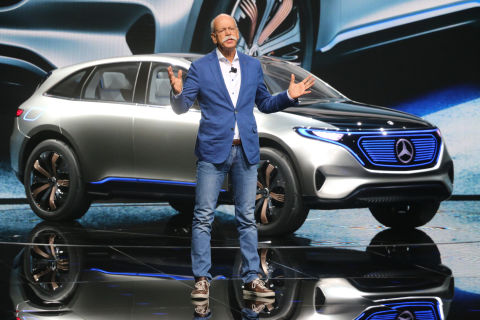 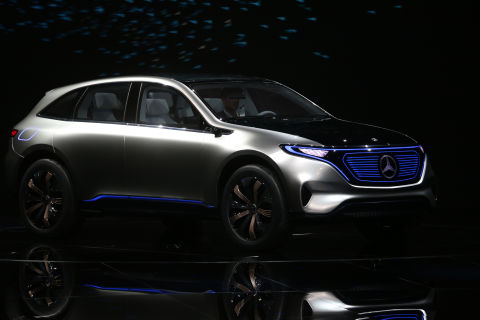 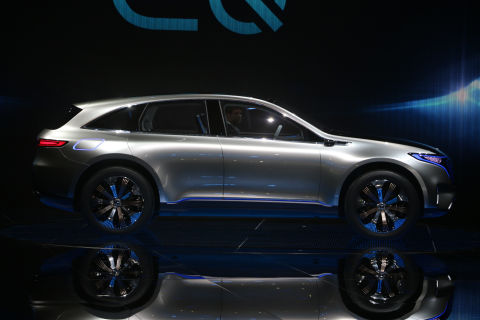 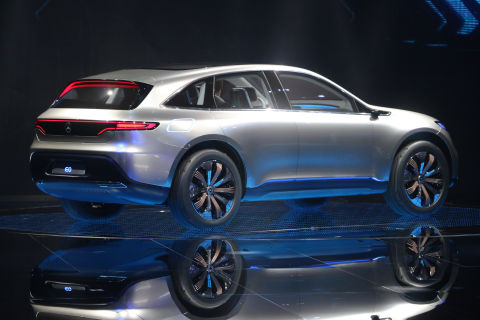 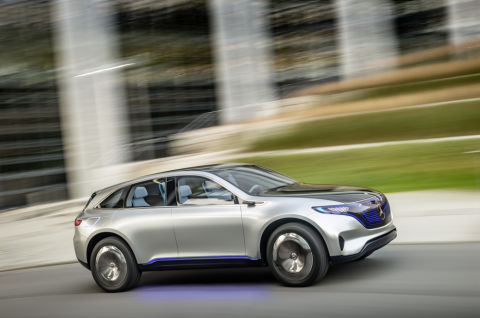 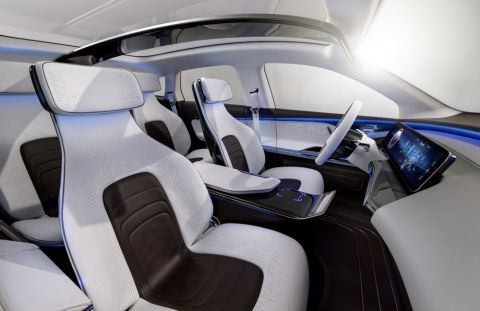 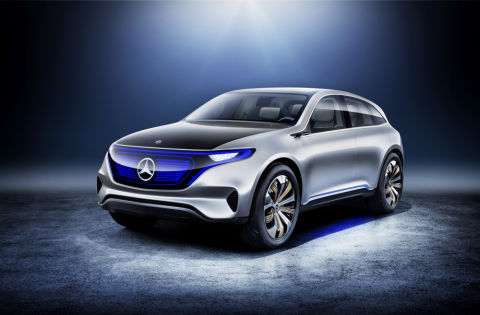 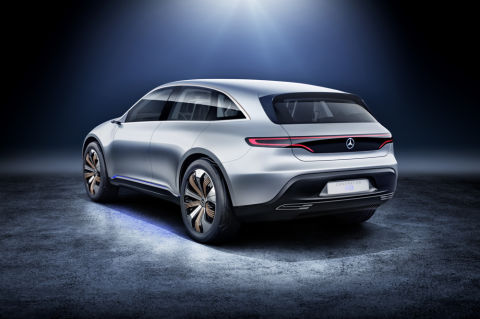