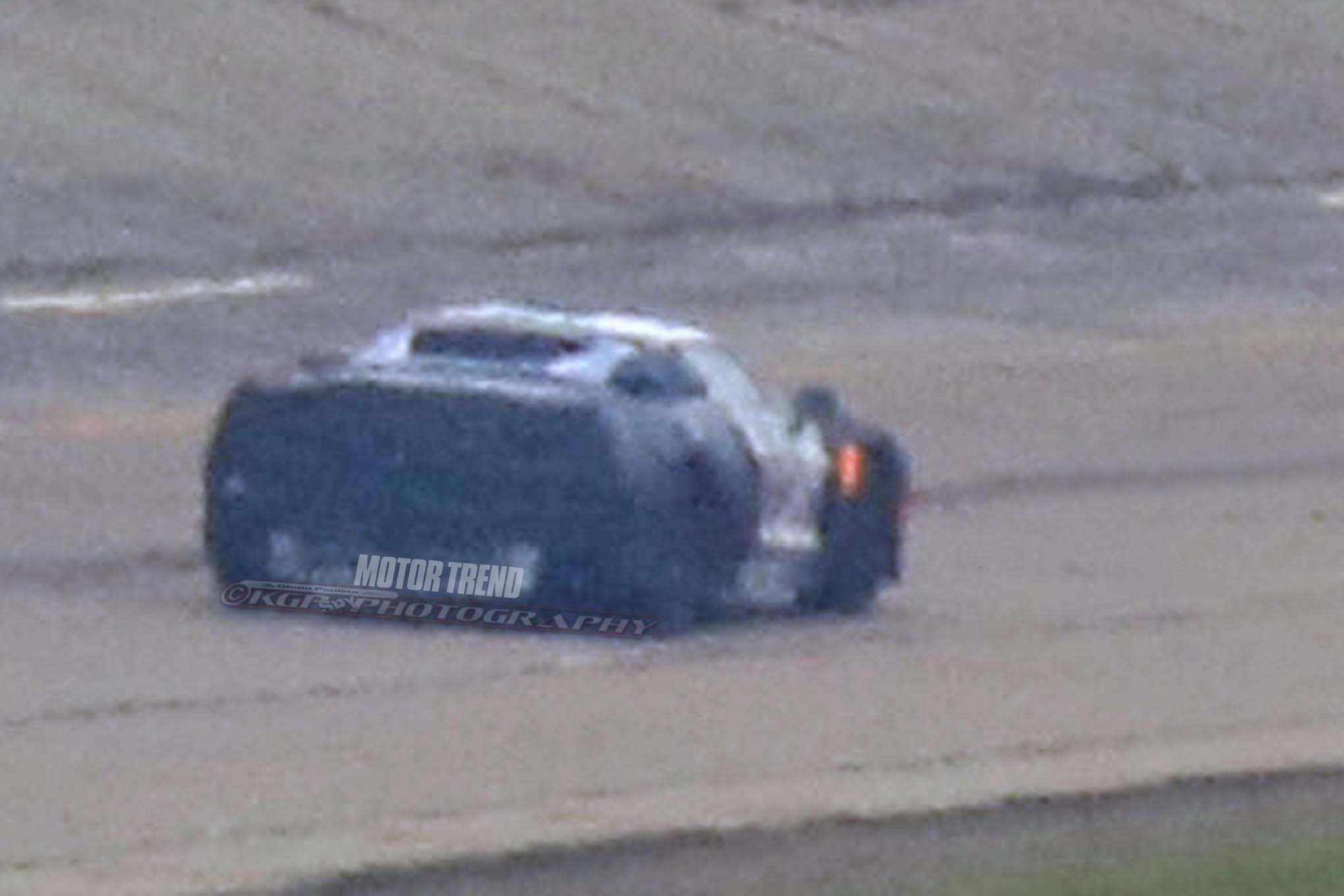 It’s time to clear those eyes and lean into the screen because these grainy spy photos reveal what is likely the mid-engine Chevrolet Corvette that’s coming sooner rather than later. These photos, along with recent rumors, further solidify that General Motors is serious about producing the most balanced Corvette we’ve seen yet.

This mule was caught at GM’s Milford Proving Grounds. It’s disguised in C7 Corvette body panels and heavy camouflage, but there are a few clues suggesting this isn’t a normal Stingray. The mule’s rear hatch appears to be missing its glass cover, likely to provide enough cool air to the engine sitting behind the seats. The prototype is lapping the track alongside a C7 Corvette and a few Caddies like the CT6, which the photographer says should provide some perspective on the test mule’s stance and size.

A number of recent events have given hope to ‘Vette fans clamoring for a mid-engine version. Early last year, GM was caught testing a strange prototype that was essentially a mashup of a C7 Corvette and a Holden Commodore SSV, which the rumor mill suggested was housing its engine behind the front seats. In 2014, GM trademarked the name “Zora,” which could hint at a future Corvette moniker. The name is a reference to Zora Arkus-Duntov, the father of the Corvette who made numerous attempts to produce a mid-engine version.

Many GM engineers and executives have also tried to make a mid-engine Corvette a reality and it appears it could happen by the end of the decade. The 650-hp Corvette Z06 is already pushing the limits of the current front-engine, rear-drive platform, which means a mid-engine layout is perhaps the only option GM has to take the ‘Vette to the next level.