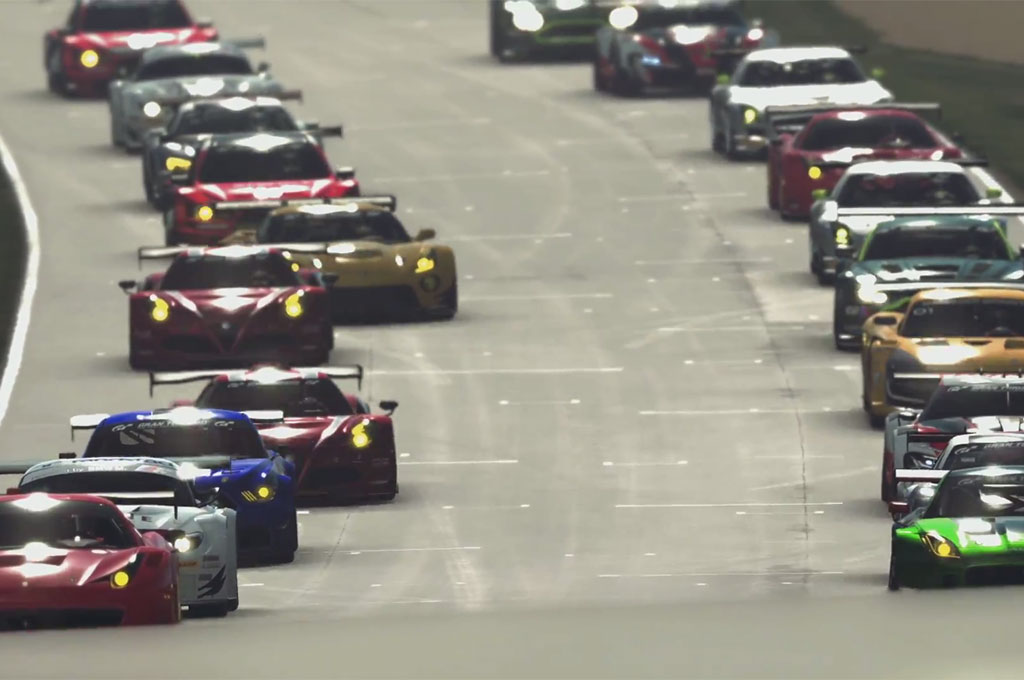 The next installment in the Gran Turismo series, and the first to land on PlayStation 4, is right around the corner. Ahead of next week’s E3 video game expo, Polyphony Digital whets our appetite for more racing simulator action with the second trailer for Gran Turismo Sport.

Fans who grew up playing Gran Turismo 4 should get chills as that game’s opening theme, “Moon Over the Castle,” starts off the trailer. We see digitally rendered versions of the McLaren 650S, Ford Mustang, Aston Martin Vantage GT3, Alfa Romeo 4C, Toyota FT-1, and many more, which all look convincingly close to the real thing. The cinematic cut scenes continue with the Bugatti Vision Gran Turismo, which is first shown as a clay model then as the carbon-fiber-intensive, W-16-powered beast you could pilot in the previous Gran Turismo 6. Our senses are then assaulted with a montage of in-game footage, showing photorealistic wheel-to-wheel action at various race tracks. The trailer then shows the driver and car editor modes, followed by the GT Live online multiplayer mode with live commentary. We’re again shown the new and improved photo mode, which allows you to place cars against real backdrops and play with lighting effects to create photographic masterpieces.

Sony waited more than two years to launch a new Gran Turismo title for its next-gen console, so expectations for Gran Turismo Sport are undoubtedly high. So far, we like what we see from the trailers. But we’ll have to wait until November to find out if the game lives up to its predecessors. Until then, check out the new trailer below.