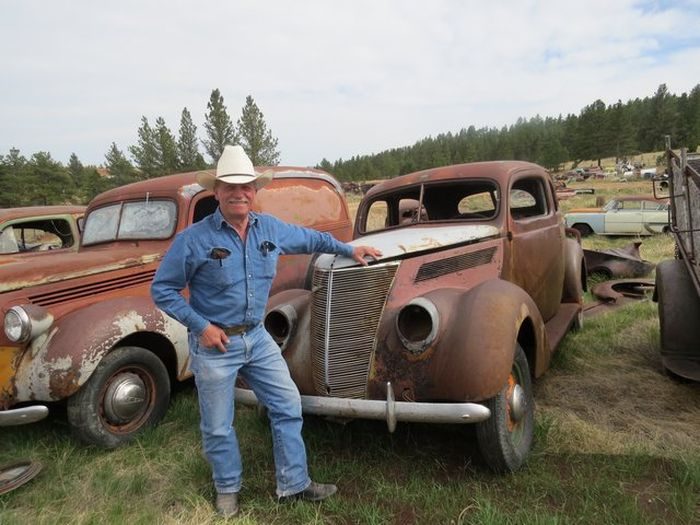 When great car auctions are held, will they inevitably take place on the Great Plains? We’ve got to seriously wonder, because VanDerBrink Auctions has been putting on some serious sales of unrestored cars in that remote region of late. You’ll remember the Lambrecht Chevrolet auction a couple of years ago in Nebraska, when the entire inventory of a former Chevy dealership was liquidated, including scores of untouched cars, many of them with zero mileage and never titled.

Seller John Crabtree with a few of his cars. 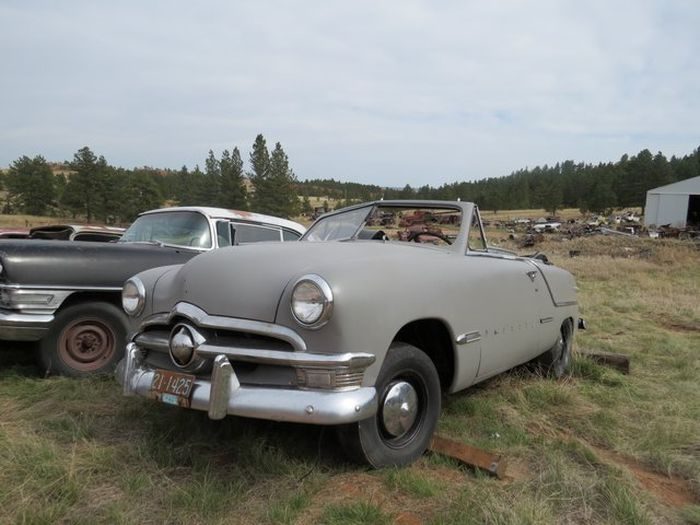 Another inventory blowout, though without the undriven or never-titled vehicles, will be taking place on Saturday, July 30, in Edgemont, South Dakota. Auctioneer Yvette Vanderbrink will be selling off about 120 collectible vehicles in unrestored (or in some cases, “parts”) condition, along with countless lots of spares, which have long formed the holdings of auto recycler John Crabtree. John’s been at it for 45 years, amassing cars, and is giving it up to spend more time in Ukraine, where he does charitable work with deprived children. 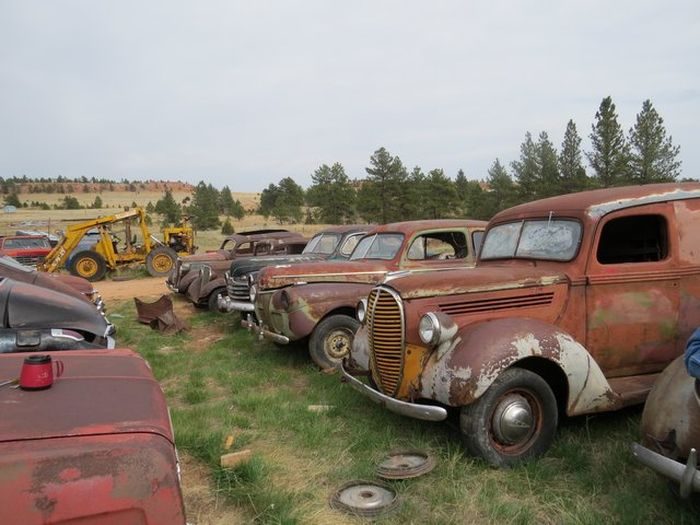 There’s an amazing variety of stuff here, ranging in condition from basket case to complete and original. A whole selection of Fords spans the years from the 1930s through 1960. Among the General Motors products going to bid will be a 1960 Chevrolet El Camino, two bubble top hardtop projects, pickups galore and a 1949 Buick Roadmaster. An atypical 1936 Plymouth convertible is among the Mopar lots. A specialty lot is a complete 1930 Mack truck. 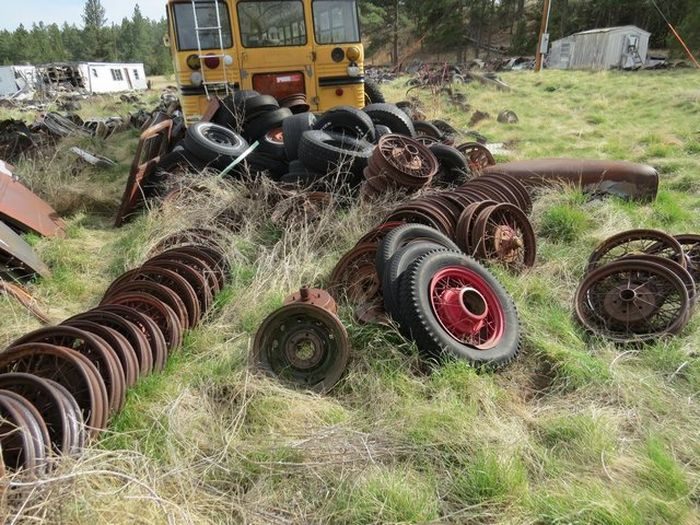 All of the vehicles and parts will be offered at no reserve. Due to the remoteness of the location, cell phone and Internet service may be spotty or nonexistent. How remote is it? Edgemont is located in the extreme southwestern corner of South Dakota, along U.S. 16 near the borders of both Nebraska and Wyoming, in Fall River County. The nearest big town is Rapid City. To learn more, visit www.vanderbrinkauctions.com.