First exhibited with V-12 power and all-wheel drive, the production version used a twin-turbo V-6 to power its rear wheels only, a design change that prompted lawsuits from potential buyers. Just 275 examples were built from 1992 – ’94, with each selling for 470,000 pounds (then, $900,000), which makes the fee-inclusive $357,500 paid last week in Santa Monica for a low-mileage 1994 Jaguar XJ220 from the former Riverside Auto Museum almost seem like a bargain. With a Nurburging Nordschliefe lap of 7:46.36 and a 213 MPH top speed, it was once the fastest production car in the world.

The Jaguar XJ220 sprang from the imagination of Jim Randall, then Jaguar’s director of engineering. Randall wanted to create a concept that paid homage to the company’s sports racers of old, but with an eye on potential FIA Group B racing in the (then) present day. In keeping with Jaguar tradition, the car would have a V-12 engine, but in order to embrace modern technology, it would send power to all four wheels like potential rivals from Porsche and Audi.

A skunkworks project was begun, and in 1988, Jaguar displayed its XJ220 concept at the British International Motor Show to rave reviews. As imagined, the static display car packed a V-12, sported AWD, and came wrapped in sleek alloy body that defined the word “futuristic.” Public response was overwhelmingly positive, so Jaguar tested the waters by announcing a limited production run of 220 cars. Prospective buyers could pre-order one, but only with a deposit of 50,000 pounds (roughly $96,000 at the time). 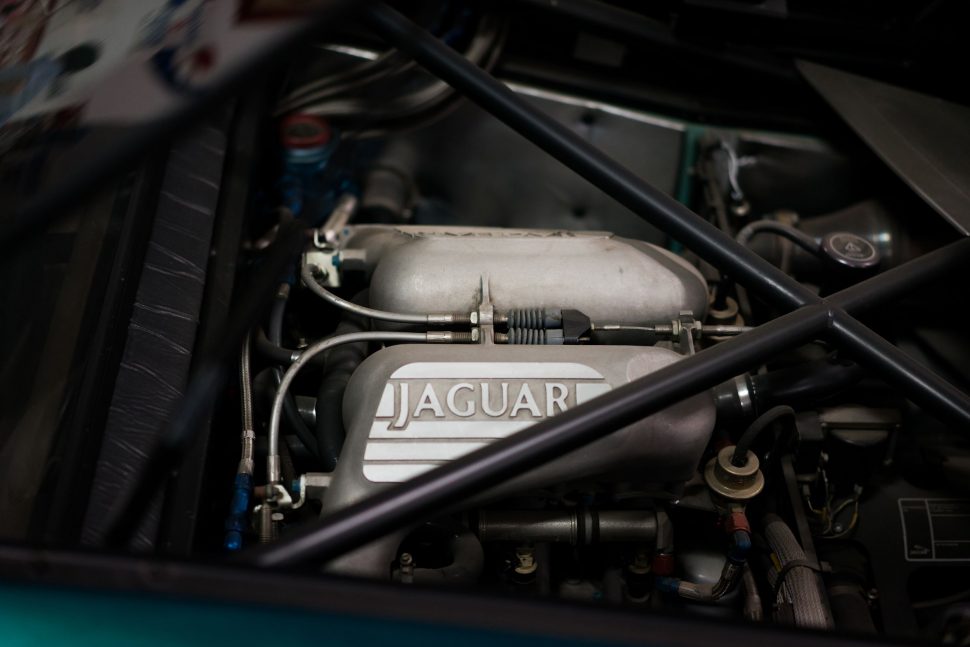 Lacking the resources to develop a supercar in house, Jaguar turned to motorsports partner Tom Walkinshaw Racing (TWR), which began the task by reverse engineering the concept car. The V-12, when tuned to meet contemporary emission standards, failed to make the desired amount of power, so TWR turned to a 3.5-liter V-6 it had developed for FIA Group C and IMSA racing. With four overhead camshafts, four valves per cylinder and twin turbos, the light and compact replacement engine developed an impressive 542 horsepower and 475 pound-feet of torque, enough to propel the car from 0-60 MPH in just 3.6 seconds. 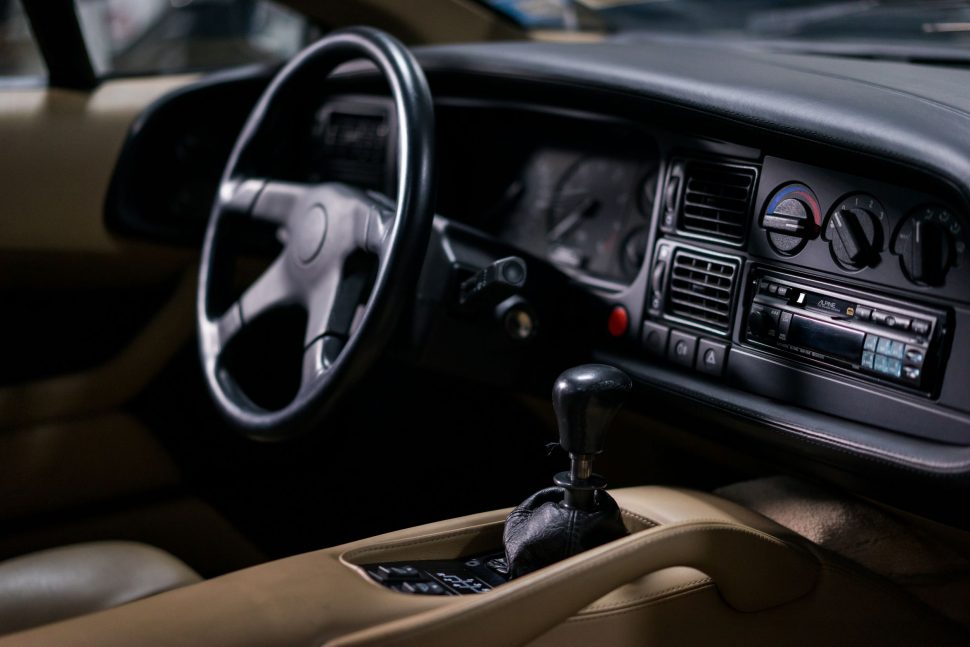 Track testing revealed that the intended all-wheel drive system added weight and complexity without significantly improving handling, so it, too, was dropped in favor of rear-wheel drive. As with the concept, the production XJ220 retained its mid-engine layout, along with a version of the aluminum honeycomb tub and the sleek alloy body. Deliveries of the car began in 1992, but for some buyers (and their attorneys), the difference between concept and execution was too great to look past. Of the 1,500 deposits taken from prospective buyers, it isn’t precisely clear how may were refunded. 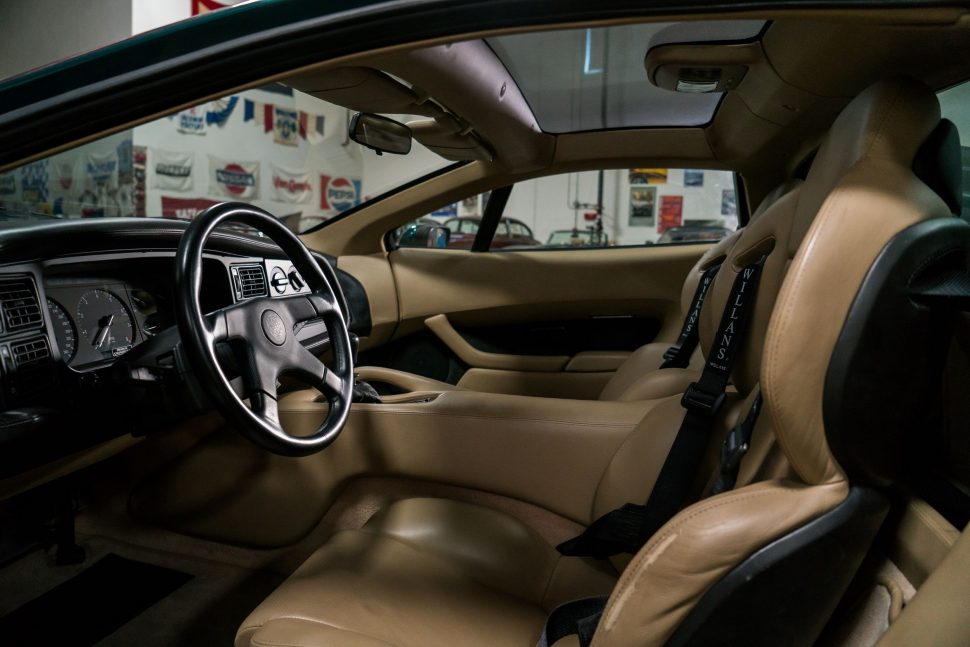 Jaguar would go on to build 275 examples of the XJ220, 55 more than originally proposed. All were eventually sold, but despite its stunning performance, the halo car never really attracted the same attention as rival supercars from German and Italian automakers. 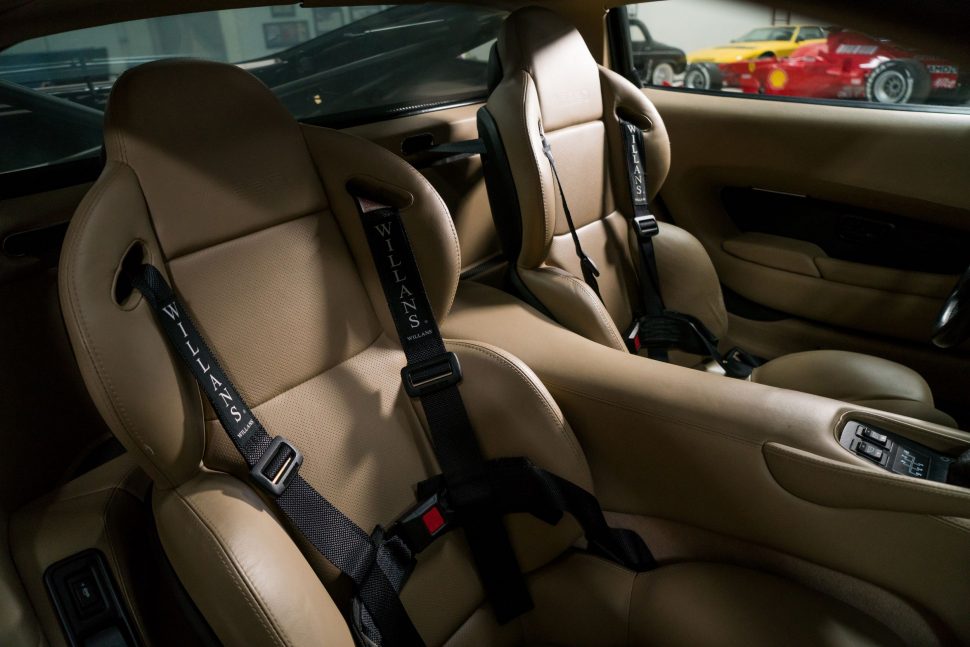 The green over tan example sold in Santa Monica last week came with service records dating to 2004, and showed just 8,700 kilometers (5,400 miles) on its odometer. Despite the well-preserved condition, the Jaguar also came with a disclaimer stating that it had been a static display at the Riverside Auto Museum and would require a thorough mechanical review prior to being put on the road. That won’t be in California, either, as the car’s reportedly U.S.-compliant exhaust won’t meet CARB standards. Still, for the right buyer, the XJ220 does represent an unusual supercar, one that remains capable of stunning performance even two-and-a-half decades after its launch. 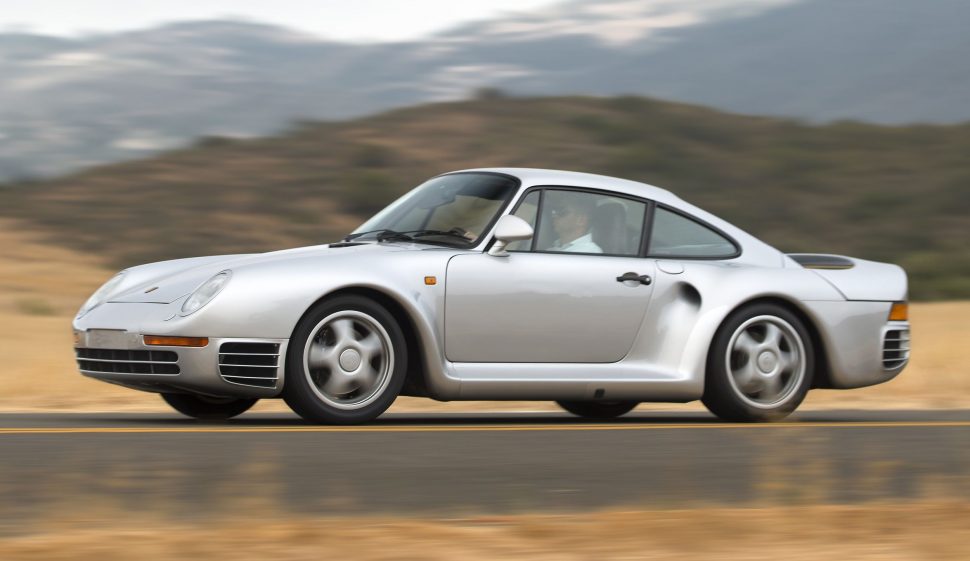